Craft Beer: How do you make beer at home?

Over the past decade there has been an explosion in craft beer and its availability. As increasingly smaller breweries pop up and the equipment has become more easily available, home brewing is now a hobby that anyone can pick up. Home brewing may seem out of the question if you’re not into craft beers but even brewing light lagers is a fun and rewarding challenge! 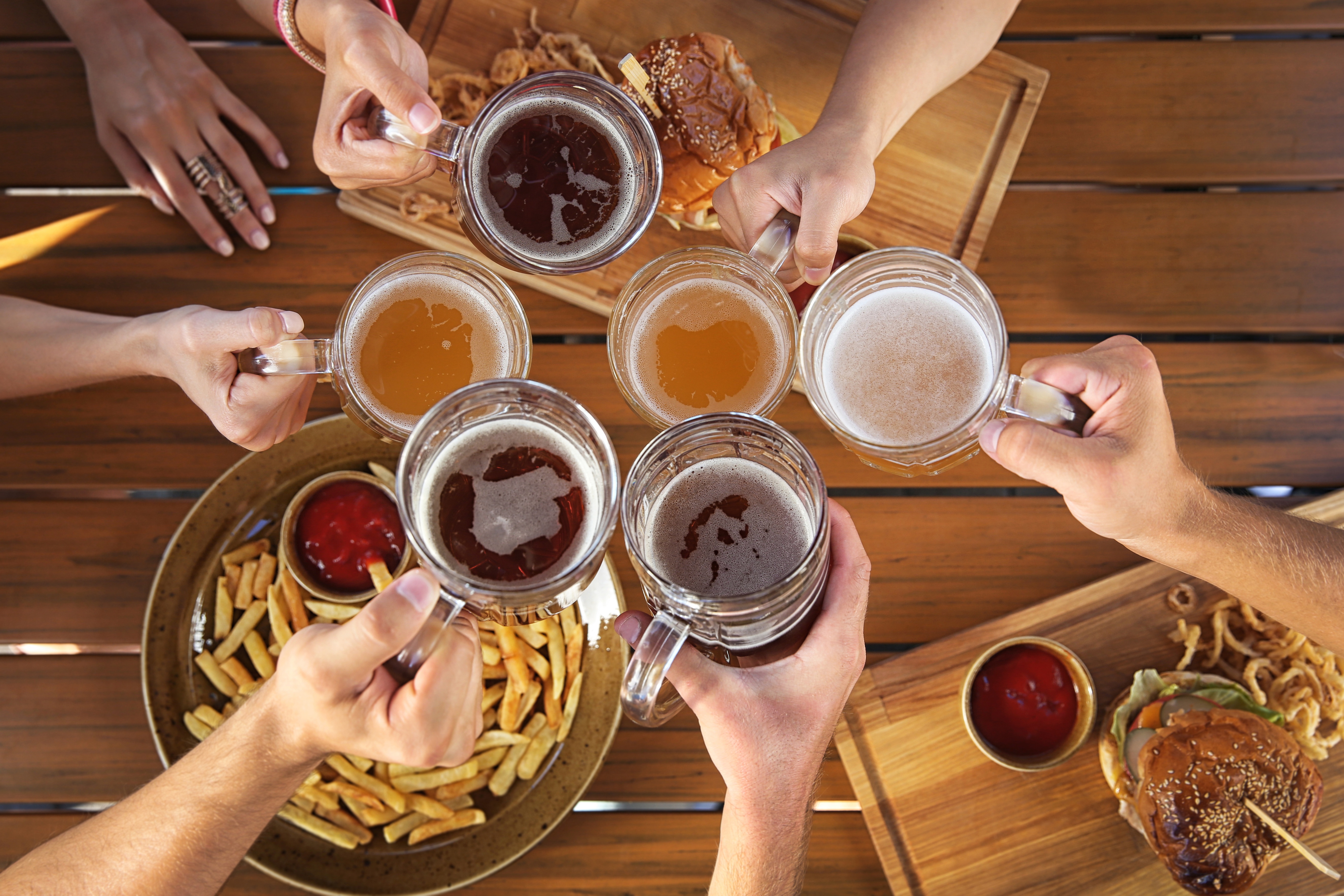 What actually is beer?

Beer has a long and ancient history. Beer is arguably the oldest fermented beverage in the world, an argument it shares with mead, but both predate civilisation. Confirmed records of beer date back well before 2000BC. The version of beer that was drunk for its early history was lower in alcohol than modern beer. It was enjoyed not only for the light drunkenness it provided but also because it was safer to drink than water. Families in the middle ages would brew their own low alcohol table beer to have something sanitary to drink.

Not only does this highlight the long history of home brewing but also the simplicity of beer. Traditional, beer id composed of only four ingredients: water, malted barley, hops, and yeast. These ingredients alone can produce more than fifty styles of beer!

How do you brew beer?

There are two main formats for brewing beer at home. The first is “extract” brewing and the second is “all-grain” brewing. The extract method removes the use of grain replacing it with malt extracts. This means you have less control over the final taste but it is much easier for a first time brewer or as a first step into home brewing. The all grain format offers far more control over flavour but requires crushing grain into “mash” to convert its starches into sugars. There is an in between process called “partial mash” which uses some extract and some grain. This works well as a way of transitioning from the extract format to the all grain format before committing to full mash.

The first ingredient to consider in your home brewing is water. Finding the pH level of your water can be important as water that is too alkaline may cause an astringent taste in your final product. Water starts at around 7 on the pH scale and you want the mix to be around 5 to 5.4. Large breweries will often use distilled water and alter it themselves but for home brewing you can test it with a pH meter or pH strips, which are fairly inexpensive.

The second ingredient is grain or extract. Extract can come in either dry or liquid form and requires dissolving before use. Recipes will specify what volume you need and packages will explain the quantities required to achieve that. Grain is instead listed as follows:

The first thing listed is the weight in both metric and imperial. The second is the type of grain, its colour and what percentage of the grain it makes up followed by the way its used. The hops in a recipe are listed in the same manner (but generally in far smaller quantities).

The last major ingredient is yeast. Yeast can come in packet form but you can also learn how to make a yeast starter from liquid yeast. If Using dry yeast make sure to rehydrate it in warm water 10-15 minutes before using it to wake it up from dormancy and in turn avoid shocking it as it goes into mix.

After that it’s a case of finding grain and hop combinations you like or adding other ingredients to make things like spiced ales or fruit beers like the one below... 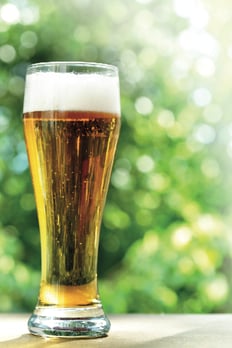 Steep the caramel malt for 20 minutes. Once complete, remove the grain bag and dissolve the extract before turning the heat on to bring to the boil. Once boiling, add the magnum hops and begin the 45 minute timer. Add the Nottingham dry ale yeast to the fermenter once the wort has cooled and ferment for two weeks. 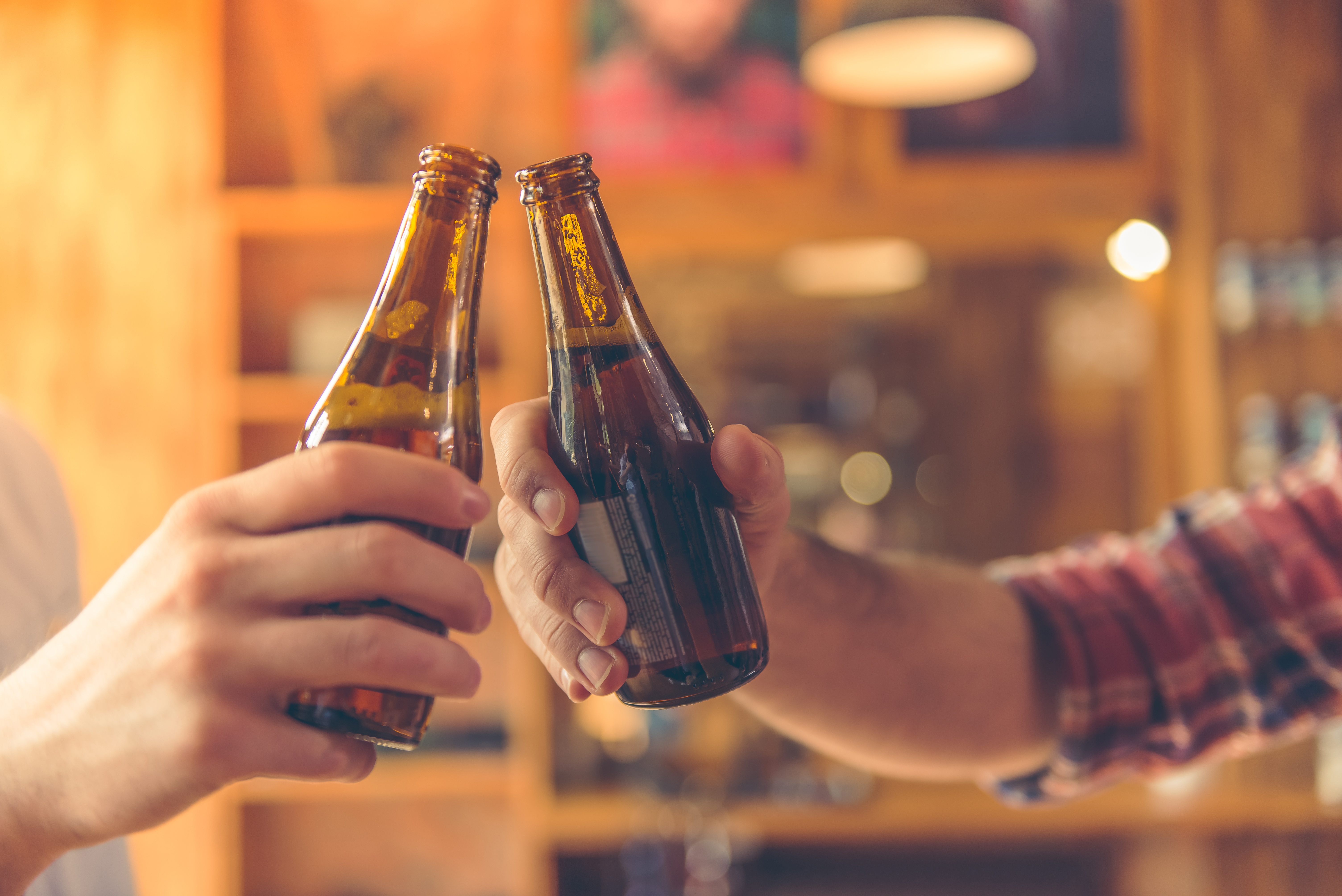 This post is based off extracts from our book Craft Beer by David Doucette (ISBN: 9781786647818). This title is part of our Recipes and Preparation series which is packed with tonnes of expert advice. You can order it from our website here or on Amazon here.