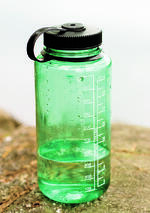 Water accounts for about 60 per cent of body weight in adult males and 50–55 per cent in females. Lean muscles and the brain are around 75 per cent water, blood is 81 per cent and even bones are 22 per cent. Water fuels every part of the body and, without sufficient water, things can quickly go wrong.

The Importance of Water

It is almost impossible to overstate the importance of good hydration to a runner, so taking a few minutes to understand a little of the science behind this is highly recommended.

What Does Water Do?

Unlike other animals, which roll around in mud (pigs) or flap their ears (elephants), humans regulate their body temperature via the sweat mechanism. In hot conditions or during exercise, sweat glands – some 2.6 million in the average adult – produce a fluid that is transported to the surface of the skin, where it evaporates and cools us down. 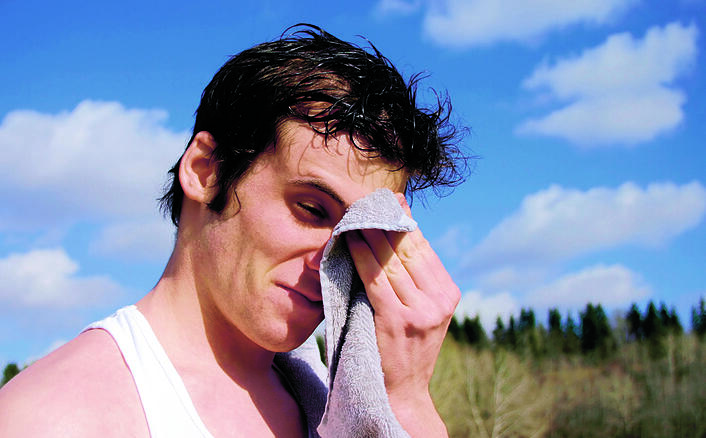 How Much Do You Sweat?

The amount of sweat produced varies between individuals, and is also dependent on both the duration of exercise and weather conditions. However, as a rough guide, during a moderately fast run on a warm day, a person will sweat in the region of 500–600 ml per hour.

The amount we sweat is directly proportional to the amount of water that should be replaced, so it can be useful to more accurately calculate a ‘sweat rate’. Do so as follows: 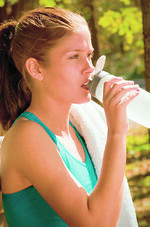 Make sure that you are adequately hydrated before any form of exercise – pay particular attention if you are running first thing in the morning, as your body slowly dehydrates overnight. Avoid coffee and alcohol, as both contribute to dehydration, but, equally, avoid excessive water, as this will ‘slosh’ uncomfortably on the run and can lead to frequent toilet breaks.

Making a note of your sweat rate, ensure that you are replacing enough fluids on an hourly basis. Drink little and often – sipping regularly from a bottle will encourage the habit of good hydration. If you wait until you feel thirsty, you’ve left it too long.

Avoid the temptation to gulp down water after a run, and in particular avoid ice-cold water, as this may cause stomach cramps. Continue to drink regularly through the day and, again, avoid coffee and alcohol.

Although plain water goes a long way to rehydrating the body, a great deal of salt (a combination that includes sodium, potassium and magnesium rather than the ‘table’ variety) is lost during exercise. It is important, especially on long runs, to replace these as quickly as possible. Most sports drinks include these body salts, but it is also worth using salt-replacement tablets, which can be dissolved in a regular water bottle.

Although basic sports and running drinks have been around for half a century, the market has grown beyond all recognition in the last 10 years, despite the fact that they remain a fairly simple mix of carbohydrates (energy from sugars), electrolytes (body salts), water and flavourings. 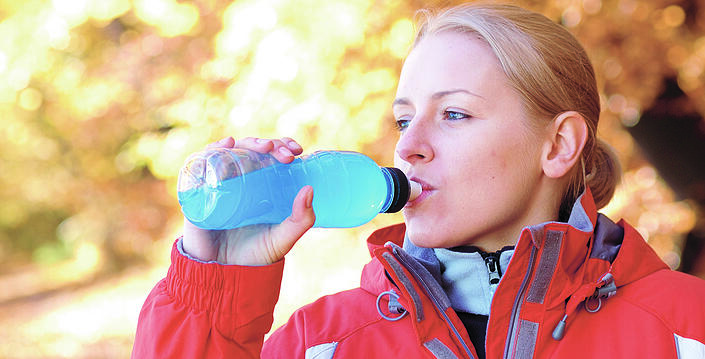 Whatever else a sport drink may offer (an added caffeine kick, for example), there are three basic types:

Is Caffeine Good for Runners?

Some sports drinks and virtually all ‘energy’ drinks contain caffeine – usually about the same amount found in a single shot of espresso. There is some evidence to suggest that small doses bring benefits such as increased VO2Max (the body’s ability to absorb oxygen) and even lactic threshold (the point at which your muscles tire), but these are short-lived. Caffeine also produces a rush of energy, but this too is short-lived, and too much caffeine can cause a range of less desirable results, including raised blood pressure and upset stomachs.

This post is based on an extract from our bestselling book, Running by Justin Bowyer (ISBN: 9780857753892) – where you can find more on the above and further help and advice on running. Have a look on amazon by clicking here.