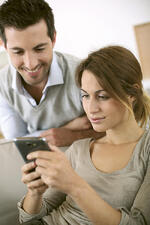 Twitter is all about following people, in order to see their thoughts and comments. However, it can be tricky at first to know who to follow and how to find them among such a vast number of Twitter users. Let our expert advice made easy help guide you through the intricacies of following and stopping the things that might be preventing others following you.

In order to see what other people are saying, you need to follow them. Additionally, following people means that you can interact with them in several ways. 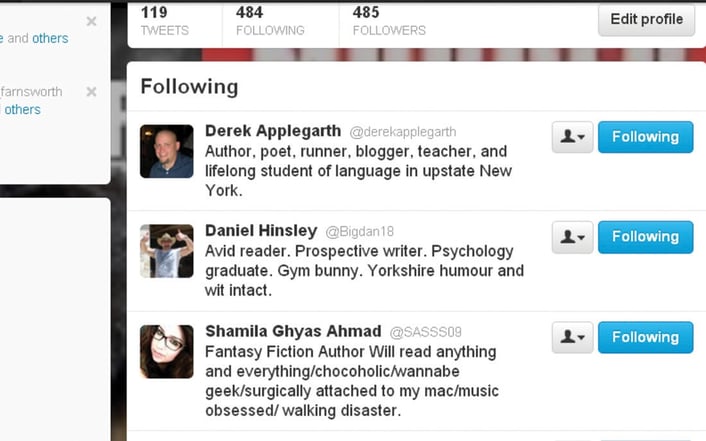 You can look at lists of your Twitter followers and check whether you are following them back.

One of the most daunting aspects of Twitter for beginners is working out who to follow. The Twitterverse is vast, with millions of users online, and you cannot follow them all, so how do you find people with similar interests or even those you already know?

The simplest way to search for people to follow on Twitter is to type their name in the search box.

The simplest way to find people on Twitter is to look for their name in the search box. If you know somebody’s Twitter handle, you can search for it using the @ symbol; otherwise, you can also search for people by their real names. When you start typing, Twitter will give you suggestions based on the most popular people.

One useful function that Twitter provides for its users is the ability to search through email contacts to find existing friends and family members who may be on the platform. In order for Twitter to find people you know, you will have to allow access to your email accounts, which you can grant in the Find friends menu on the # Discover page.

Twitter does suggest people you may want to consider following; this is based on who you are currently following, who those people are following, common subjects you tweet about and the most popular accounts on Twitter. To view Twitter suggestions, just do the following:

Visit the Who to follow page to discover suggestions for new people you could start following.

One of the simplest ways of finding people to follow is by searching through the followers of people you are already following. This is often a good way of finding like-minded individuals with similar interests. In order to do this, simply click on the person’s name in your Twitter feed and then select Followers to bring up a list of all the people who are following them.

Searching through a follower’s followers is a good way to find individuals with similar interests.

Twitter monitors people who follow other users aggressively in a bid to then be followed. In addition, it monitors those people who follow and then quickly unfollow afterwards. In order to prevent this kind of aggressive following, Twitter imposes certain restrictions or limits, which apply after an individual has followed more than 2,000 users. Follow limits are different for each account and are based on the user’s ratio of followers to following.

Not all users can be followed by simply clicking the Follow button, as some people have protected their tweets (for more information on this, see Chapter Two). You can only follow these people with their approval. This means that when you click Follow, that person will be notified of your request and will approve or decline it.

There are certain accounts on Twitter that it is best to avoid:

If some of the people you follow are not providing any useful content for you, you can stop following their accounts at any time. This will remove those people’s tweets from your Twitter feed. While Twitter notifies a user when you follow them, it does not let people know when you unfollow them, so do not be afraid of negative reactions.

While Twitter does provide you with many tools to find followers and monitor the activity of those you are following, there are services you can use to make these tasks much easier.

This convenient service lets you know when any follower unfollows you; it also tells you who recently followed you, monitors the activity of people you follow, such as how often they tweet, and places people on a white or black list.

This is a great tool for finding who is on Twitter in your area. TwitterLocal lets you search for people who live within 40 miles of your home, thus making it a useful tool if you are using Twitter to meet new people locally.

TwitterPacks lets you arrange Twitter users into groups based on interests and favourite topics, which makes it a really useful service for finding like-minded people.

As there is little point in tweeting if nobody sees what you say, gaining followers is the goal for most Twitter users. The more people who follow you, the larger your audience, but getting followers is no easy task.

By default, Twitter will send you an email every time you have a new follower. However, you can turn off this notification if you so wish, via the settings menu.

Building up a Following

By far the hardest aspect of being on Twitter is building up a following. Your followers are your audience, so the more people you have following you, the more people will read your tweets. Some individuals employ all sorts of tactics to get others to follow them, but there is no easy way of building up a following other than ensuring that you are engaging positively with the Twitter community and sending out regular tweets.

Just as with any form of blogging, by far the best way of building up a platform on Twitter is to make sure that you are putting out content that people will want to read. The higher the quality of your tweets, the more likely it will be that they are going to be retweeted, thus helping you to attract more followers.

The best way to build a following on Twitter is to engage with the community by sending out regular tweets.

One of the simplest ways of engaging with the Twitter community is to follow other people. Quite often, when you follow people, they will follow you back. However, unless you are putting out good-quality information, it is likely that they will eventually unfollow you.

Another way of engaging with the Twitter community is to reply directly to what people have tweeted, and add your own comments and opinions to what they have said. You can also mention people and retweet some of their content. If you interact and engage with people, they will be more likely to want to follow you.

Some people only follow individuals who have a certain number of followers. This can of course be a Catch 22 situation: how do you get followers if people will not follow you? For this reason, many people find that their follow numbers build up slowly until they reach a certain level and then increase dramatically.

Why Aren’t People Following Me?

Despite engaging positively with the Twitter community, some people find that they still cannot build up much of a following. Often, this is because there is something putting people off.

Your profile can make a big difference when it comes to whether somebody will follow you or not.

If you do not want to be followed by somebody, or want to stop an existing follower from following you, you can block their account. Once blocked, a user will no longer be able to do certain things.

Please note that unless you protect your tweets, they will still be available for anybody to see on your profile page, even non-account holders – and even if you have blocked a user.

This is what you need to do in order to block somebody from following you:

Select the ‘Block’ option in the scroll-down menu to prevent somebody from following you.

Sometimes, people post content on Twitter that you may think is inappropriate. Twitter has a facility for you to report all sorts of content. You can report any user for sending spam or pornographic images by clicking the Settings icon in their profile and using the report function in the drop-down menu.

For other violations of Twitter’s terms of service, fill in the appropriate form at https://support.twitter.com/forms