What is Manga? | Made Easy 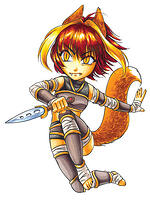 Our new book How to Draw Manga: Made Easy is landing later this month, so before the release we wanted to make sur everyone actually knows what Manga is. Whilst the book is mainly focussed on helping readers develop or improve their manga art skills, there is also some insightful information on the art form for relative newcomers to the genre.

The Three Main Things To Remember About Manga Are:

A Brief History Of Manga

Manga is deeply embedded in Japanese history. Though the word itself has been around since the late 1700s, 'manga' in the modern sense didn’t really develop until Japan re-opened her borders to the world after 250 years of isolation. The Japanese middle classes had money to spend and were hungry for novelty. They eagerly embraced the exotic West and all its imports, including Western art.

A young Londoner named Charles Wirgman came over from China as a reporter for the Illustrated London News and started up a business teaching Western painting and Western cartooning. He also founded a magazine for expatriates, the Japan Punch, where his satirical sketches making fun of the top people in society impressed young Japanese artists to try the same thing. Soon cartoon magazines began to spread in Japan, and before the Japan Punch closed after almost 25 years of successful sales across Asia the manga movement was unstoppable.

During the second world war manga was a propaganda tool, and artists who would not toe the military line were unable to get paper or find work. In the immediate aftermath of war, with poverty and starvation common in Japan, manga were one of the few cheap and easily accessible forms of entertainment. Children could buy them for a few pennies, and those without a penny could find them in the rubbish. Keiji Nakazawa found a discarded comic while scavenging for food among the ruins of his hometown and was inspired to become a manga artist when he grew up.

That comic was Shintakarajima – New Treasure Island – by the teenage prodigy Osamu Tezuka. Tezuka was a hugely influential figure in manga from his debut in 1946. Even though he died in 1989 he is still a powerful influence in the manga world. His work inspired generations of young artists. Because he was too young to serve in the armed forces, and lucky enough to survive the Allied bombing, he was able to form a bridge between the comics he loved as a child in the 1930s and the comics he wanted to make for postwar Japan.

Tezuka was also a huge fan of films and animation from Europe and America, and brought some of the styles he saw onscreen to the comic page. His work for children was informed by his love for the cartoons of Walt Disney and the Fleischer Brothers, giving his figures a soft, rounded line with the huge, wide eyes that Westerners now consider one of the trademarks of manga art. In his adult work he used a combination of realism and the distortion and grotesquerie he found in art-house movies. The incredibly popular Astro Boy, one of the earliest Japanese anime, started life as a manga both written and illustrated by Tezuka.

This is only the beginning! For more manga articles make sure you subscribe to our blog; we'll continue to tell the story of manga over the next few weeks. There's plenty more information in our book too, plus useful step-bystep guides to help you draw your own manga images. Check it out on our website here, or pre-order it on Amazon.