Jimi Hendrix was naturally left-handed but was forced to learn guitar right-handed by his father. Through a somewhat medieval superstition associating anything of the 'left' ('sinistra') with evil, Al Hendrix claimed that playing left-handed was a sign of the devil. Hendrix thus learnt to play right-handed, and often wrote right-handed (he was photographed signing autographs with his right hand). However, when his father wasn't around, young Jimi would flip the guitar over, finding this position much more comfortable and easy to play off the bat.

One of the more notorious lefties on this list, McCartney struggled to play guitar at first. He was instructed to play like a right-hander and the people around him recall how he seemed awkward when trying to replicate the chord diagrams with his left hand and that his right hand lacked the correct rhythm when strumming.

Over time McCartney and his peers realised that this was because he was left-handed, and not at fault in his method. After getting his guitar altered McCartney developed radically as a musician and is a celebrated melodic bassist.

Though he is most definitely left-handed, McCartney perhaps possesses a degree of ambidexterity – as seen in seeing photos of him playing his guitar and signing autographs right-handed. Amusingly, this contributed to the musical lore built up by some enthusiastic conspiracy theorists that Paul was actually dead and in his place was an imposter...

The Beatles' drummer, Ringo Starr, also plays left-handed. He started by using a kit for a right-hander and restructured the kit as he saw fit, helping him develop his unique and innovative playing style. 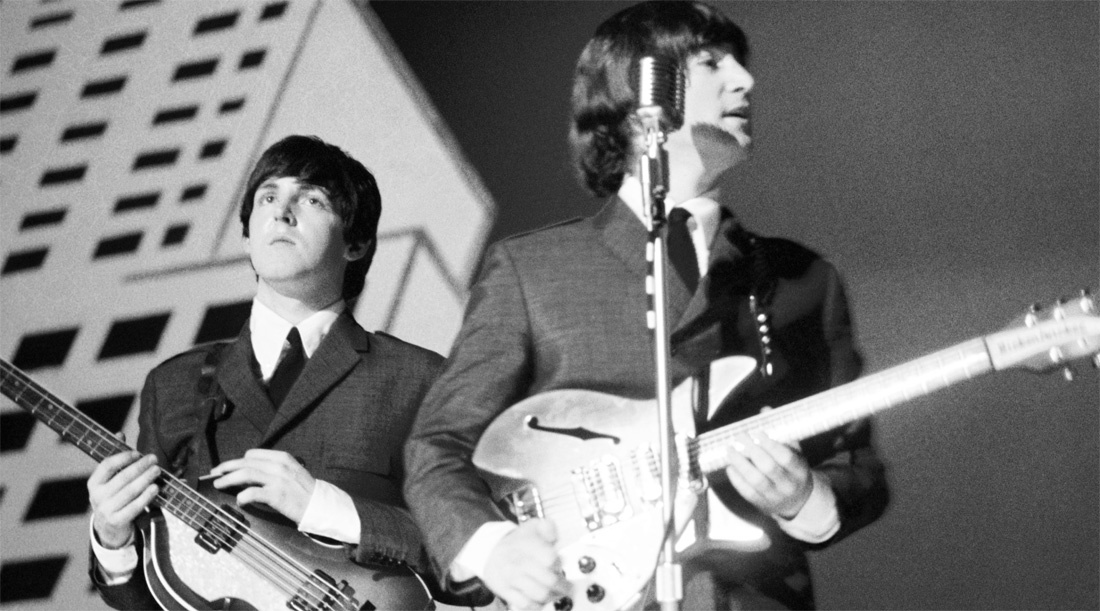 Yes, the troubled Nirvana front-man was also a leftie. Known more for his superb lyrics, Cobain was also an excellent guitarist.

Like most of the others in this article he could play with both hands but vastly preferred his dominant side. Should he be given a right-handed guitar, the solution was simple: just re-string it, swapping the order so that the E string remained on top.

There are many more artists we haven't mentioned, is your favourite among them?