The Origins of Classical Music Around The World

In order to contextualise Western classical music, one must survey the music of ancient civilizations as well as the traditions of the non-Western world. From what is known of this music it was – and is – performed in a vast range of cultural environments and with many functions other than for entertainment in a concert hall.

Music is a vital element in ritual, worship, celebration, in coping with life’s crises, work and warfare. The Indian raga, for example, was associated not only with specific moods, but also with particular times of the year and religious ceremonies. In many parts of the world this relationship between music and belief persists. The myths of China tell that their musical systems are rooted in the legendary cutting of bamboo pipes. In ancient times Egyptians, Native Americans, Indonesians and Hindus regarded their music as a gift from the gods. The appearance and sound of instruments had symbolic significance for Egyptians and Sumerians; then and now, around the world, some instruments are commonly classified as male and others as female. Many Oceanic people, Native Americans and others still see music as the expression of sacred beings.

Musical influences have flowed between peoples in all parts of the world, between continents and across centuries. Claude Debussy (1862–1918) and Maurice Ravel (1875–1937) were entranced when they encountered gamelan music from Java in the late nineteenth century; Olivier Messiaen (1908–92) found inspiration in a thirteenth-century Indian treatise; and minimalist composer Steve Reich (b. 1936) was influenced by the traditional musics of Africa and Asia.

The earliest recorded dynasty in China, the Shang (c. 1766–c. 1122 bc), developed the system of writing that today offers a record of Chinese musical activity spanning 5,000 years. From these writings can be gained information on the destruction and reinvention of music theory through centuries of change: its mythological origins, theoretical basis, an inventory of court instruments, and the role of music in court life, sacred and secular.

The traditional classification for instruments was called pa-yin (‘eight sounds’): each of the eight materials from which instruments were made had a particular significance – the skin of a drum was related to the north, the season of winter, and to water. The idea was to combine musical sounds in order to evoke the balance between different aspects of the natural world.

Among the earliest instruments found in China are bronze bells, stone-chimes and ocarinas from the second millennium bc. Stone reliefs from the Christian era show panpipes, drums, bells, stone chimes and zithers. The pre-eminent classical Chinese instrument is the ch’in, a long zither with seven silk strings. Other classical string instruments include the sê, a zither with 25 strings, the cheng, a plucked zither used for personal and popular entertainment, and the p’i-p’a, a four-stringed fretted lute.

The two great classical music traditions of South Asia are the North Indian (including Pakistan and Bangladesh) and the Karnatic (southern India). In neither tradition did a highly developed system of musical notation occur. Also, the absence of harmony and simpler four-square rhythms meant that music was not played in large ensembles. Instead, Indian oral traditions followed a course of creativity entirely different from classical music in Europe, fostering a refined art of solo improvisation in expressive modal forms called ragas (‘melody types’) and intricate rhythmic frameworks called talas.

Indian music was intimately linked to the mythological and religious world view of the Vedas (lit. ‘knowledge’, c. 1400–c. 500 bc). The legacy of the Aryans, this was an enormous collection of sacred lore and ritual, originally oral and written down much later. The Vedas prescribed the correct forms of nada (sound vibrations) for successful sacrifices and for a connection with the spiritual world.

Throughout Southeast Asia music is intimately linked to the theatrical arts – plays, masked plays, puppet shows, shadow-dramas, dance-dramas and operas. Many of these genres have roots in ancient animistic rites for placating nature spirits. Later dramatic texts were based on foreign sources, especially the Hindu Ramayana and Mahabharata epics, and the Jataka tales of the life of the Buddha. Between c. 1300 and c. 1750, Chinese theatrical forms were introduced to the northern mainland, and during the same period, extensive Arabic influences reached the southern mainland and the islands too. 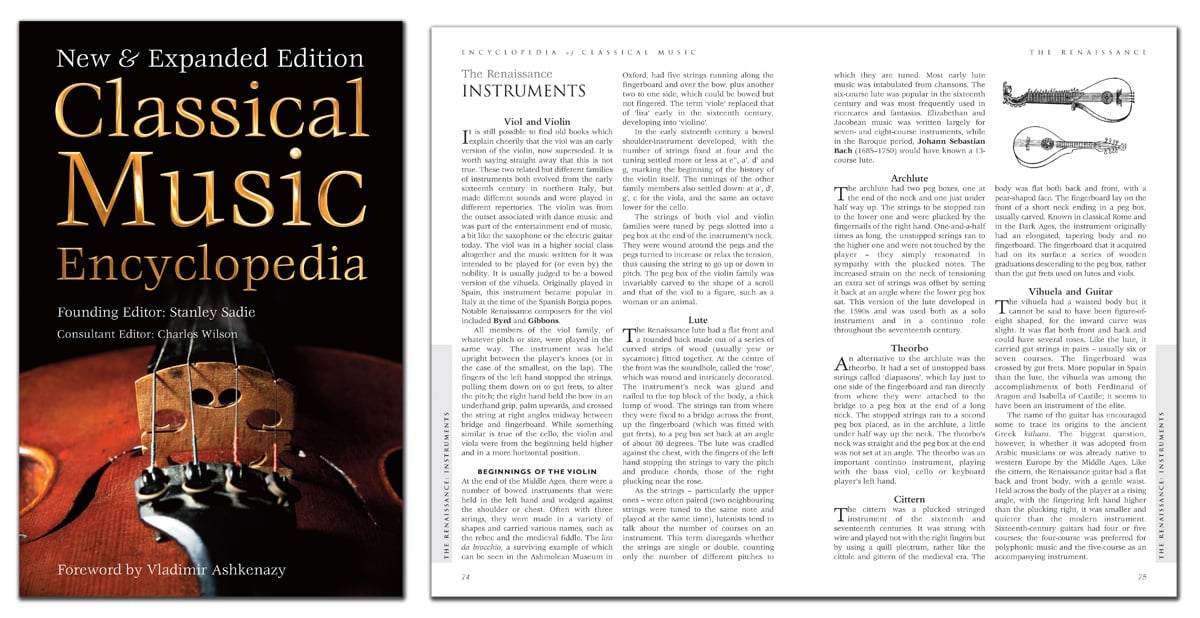 Stay tuned for follow-up blogs, covering the America, Oceania, Freece and Rome, as well as Africa. Can't wait until then? Get all this information plus tonnes more in our comprhensive 'Classical Music Encyclopedia'. Click here to buy now.