Throughout history, many legendary musicians have become part of the '27 Club,' due to their mysterious deaths at the age of 27. This week, we're featuring one of these icons, Robert Johnson (1911–38), whose life is just as puzzling as his death. 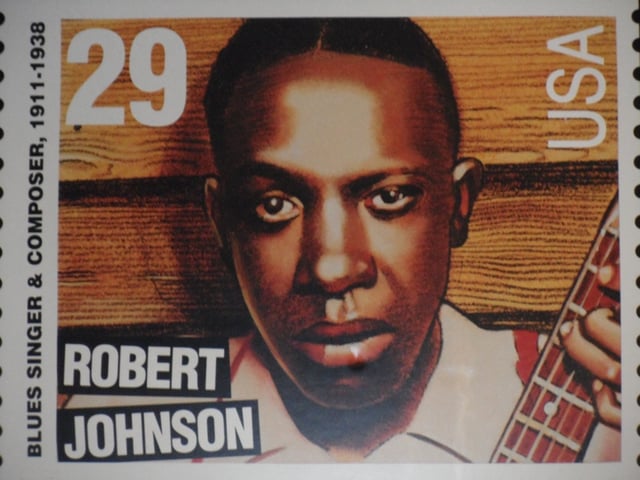 The hold that the legend of Robert Johnson exerts on the blues is out of all proportion to his career and output. He died relatively unknown at the age of 27 and recorded just 29 songs. But those songs of dreams and nightmares, crossroads and hellhounds revealed a darkness at the heart of Johnson’s blues, expressed with a chilling eloquence that has never been matched.

The legend was fostered by the Sixties generation of British blues guitarists, led by Eric Clapton and Keith Richards, who were in thrall to King Of The Delta Blues Singers (1962), a collection of Johnson’s songs that personified the iconic image of a blues singer. The fact that there were more myths than facts about Johnson’s life only intensified the iconography. Clapton recorded ‘Rambling On My Mind’ with John Mayall and merged ‘Cross Road Blues’ and ‘Travelling Riverside Blues’ into ‘Crossroads’, a cornerstone of Cream’s career, while the Rolling Stones’ version of ‘Love In Vain’ was a crucial part of their late Sixties reinvention. 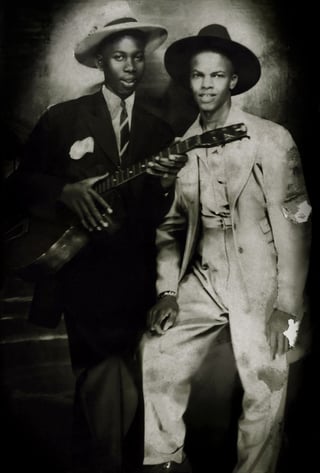 Deal with the Devil

In fact the legend – and myths – had started before Johnson even made a record. Born in Hazlehurst, Mississippi, in 1911, he moved north to Robinsonville as a teenager and learned guitar and harmonica, hanging around with Charley Patton, Son House and Willie Brown. He disappeared for two years, and when he returned the dramatic improvement in his playing led to speculation that he had sold his soul to the devil, whom he met at crossroads in Clarksdale, Mississippi. The site is now marked by a sign featuring three electric guitars. Songs like ‘Cross Road Blues’, ‘Preaching Blues (Up Jumped The Devil)’, ‘Stones In My Passway’, ‘Hellhound On My Trail’ and ‘Me And The Devil Blues’ did nothing to dispel those notions. Even today, guitarists struggle to master Johnson’s technique. The two photographs of Johnson since discovered show he had particularly long fingers, but this doesn’t explain where the inspiration came from.

Johnson recorded twice, in 1936 and 1937, and had 11 records released, the most popular of which was the bawdy ‘Terraplane Blues’. He was famously poisoned by a jealous husband while playing a juke joint near Greenwood, Mississippi, in 1938. As befits his legend, he has three marked burial sites. While his ardent disciples have left some of his most haunting songs alone, others like ‘I Believe I’ll Dust My Broom’, ‘Sweet Home Chicago’, ‘Come On In My Kitchen’ and ‘Walking Blues’ have become a standard part of the blues repertoire.

Read more about the musical legends who died at the infamous age of 27 in our book Only the Good Die Young, available here; learn how to play the haunting rhythms of blues with our book How to Play Blues Guitar, available soon.