Rock Music News: Radiohead, The Who, and More at Glastonbury

This year’s Glastonbury kicked off with big names like Arcade Fire, Lily Allen, Skrillex, MIA, Chvrches and a whole host of others, many of whom were making their Glasto debut. Since this festival is coming up on its 50th anniversary at the end of the decade, many acts weren’t so new to the whole drill: Kaiser Chiefs – who, despite having the headlining slot on the John Peel Stage on Friday, also opened the day with a surprise set on the Other Stage – played the iconic festival almost ten years ago and again in 2007.

The festival, a hotbed for rumours and surprise sets over the years, has been going strong on and off since 1970 when Michael Eavis first set it up on his dairy farm. Glastonbury has seen some of the biggest names grace her fields, welcoming all genres and all types of performers. The festival shows no signs of slowing down, in fact it’s actually speeding up as more and more stages are being added to accommodate more acts. This year included names like Metallica, Dolly Parton, Lana Del Rey, Ed Sheeran, Ellie Goulding and festival veterans such as the Pixies, Manic Street Preachers and Massive Attack.

The festival has seen its fair share of rockers and big names. The year of its inception, The Kinks were billed as the headlining act but when they failed to turn up, the just-beginning-to-rise band T. Rex stepped up and set the bar for years to come. After finding its footing in the ’70s, the ’80s saw the festival become an annual fixture. The Smiths’ introduction to the festival brought in the era of pop music at the fields. Morrissey and Johnny Marr famously helped the festivalgoers onto the stage, leading to an over-the-top stage invasion and a future shift in genre focus.

By the time the ’90s were ushered in, Glastonbury Festival was a fixture of the music scene, a yearly event that just kept growing bigger and bigger. The festival had moved further from the hippie start, but the music stayed the same in the sense that big names played with the little guys. 1993 saw a stage shared by Lenny Kravitz and James Taylor, both of whom would make returns to the festival within the decade.

Growing Up with the Festival

In 1997, just three years after their first appearance at the festival, Radiohead returned as a headlining act. Festival organizer Eavis remembers their set that year as the most inspiring gig in 30 years, even though due to monitor issues the band couldn’t even hear themselves play. Radiohead became a big draw to the festival, appearing in various forms again in 2003, 2010 and this year. They’re just one of many cases of bands starting off young at the festival before growing into stardom. Their surprise 2010 set, featuring Thom Yorke and Jonny Greenwood without the rest of the band, was introduced by Eavis himself and is often considered the most memorable set of the festival.

Another band that was to grow with the festival would be Coldplay. They first played the festival in 1999. That set was in the middle of the day on the Other Stage, not entirely a bad placement or time slot but when they returned in 2002, they returned as headliners on opening night. Described as coming of age before your eyes, Coldplay would return again in 2005 and 2011. 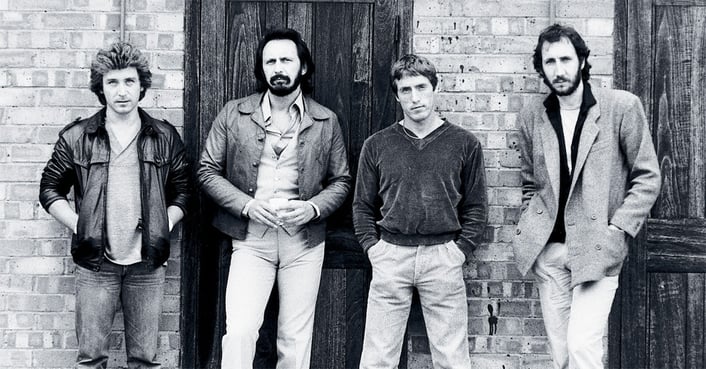 But not all bands begin in dubious time slots and small stages. The Who’s first appearance at the festival was in 2007, as the closing headliner. In a year that saw continuous rain all throughout the weekend and low spirits in the audience, The Who made it all worth it in the eyes of the drenched festivalgoers. Despite the band having been around for over 40 years they played like they were still as young and free as most of the crowd, this being just one of the things that make them one of the all-time classic rock bands. They outshined any other act of the weekend by far, proving that good music stands the test of time even for a new generation of listeners – and it helps when you have legends like Pete Townshend on guitar and Roger Daltrey handling the vocals.

While welcoming back many acts this year, Glastonbury is also welcoming back long time veteran acts in fresh ways, beginning with Jonny Greenwood playing in a symphony on Friday...

Twenty years ago, Radiohead was one of the headlining acts closing out the three-day festival. This year, the band’s guitarist Jonny is back. Instead of the usual rock he’s known for, Greenwood played with the London Sinfonietta and Synergy Vocals on the West Holts Stage, a far cry from the NME stage or any of the other stages the full band has graced over the years.

This departure from such a distinctive genre, a genre noted for its contempt of all things classical, raised quite a few eyebrows when Greenwood initially stepped away from rock. But what the average Radiohead fan might have forgotten is that at the same time a young Greenwood was learning the guitar, he was also playing the viola before Radiohead took off. More avid fans will remember that Greenwood has scored a number of movie soundtracks in the past years, most notably the score for the Academy-Award-winning There Will Be Blood. Classical music has always been a part of Greenwood’s life and now, as the band is on a year-long break, he’s allowed it to take centre focus in his life on and off stage. 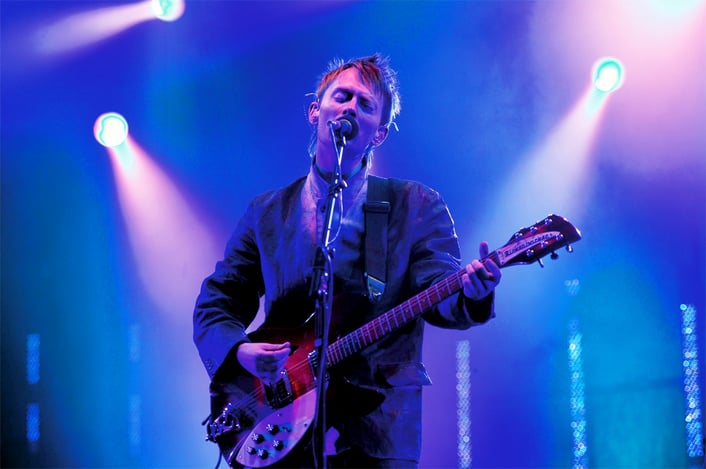 Greenwood isn’t the first to have taken a break from the rock scene in favour of a different genre. Arcade Fire’s Richard Reed Perry just released a classical album on the side. While the full band was a headliner on opening day this year at Glastonbury and fresh off two sold-out dates in London, Perry’s instrumental compositions show off a different side of the big ticket rock band. Two or three rockers taking part in classical music does not make a trend, but it does show the increasing acceptance in music today for all genres. If bands like The Sex Pistols made a classical music album back in the day, they would have lost all credibility as a punk band. Meanwhile today, we can look at the well-known rocker and applaud his musical abilities, supporting him even in something so radically different than what’s expected of him.

And most importantly of all, no matter what genre or what form it comes in, Glastonbury will always welcome new and old sounds alike and that’s what makes this festival just so special.

To read more about the musicians and bands that have shaped rock as we know it today, take a look at our book Rock: A Life Story (ISBN: 9780857758071) for a history lesson.