Reading Fretboxes and Playing Chords | Play the Guitar Made Easy

Starting to learn an instrument can seem like a daunting task when you are an absolute beginner. That's why here at Flame Tree we're dedicated to making to process as painless as possible with our range of helpful music books across a range of instruments and skillsets.

Today's blog takes a brief look at how to start playing your first chords, using information from our popular title How to Play the Guitar: Made Easy.

Guitar chord fingerings are written in diagrams known as ‘fretboxes’. These indicate the strings and frets that are used for the chord, and which fingers should be used for fretting the notes.

An O above a string line means this string should be played open (don't touch it with your non-strumming hand).

An X above a string line means this string should not be played.

The thick box at the top of the fretbox represents the nut of the guitar, and the remaining horizontal lines represent the frets. 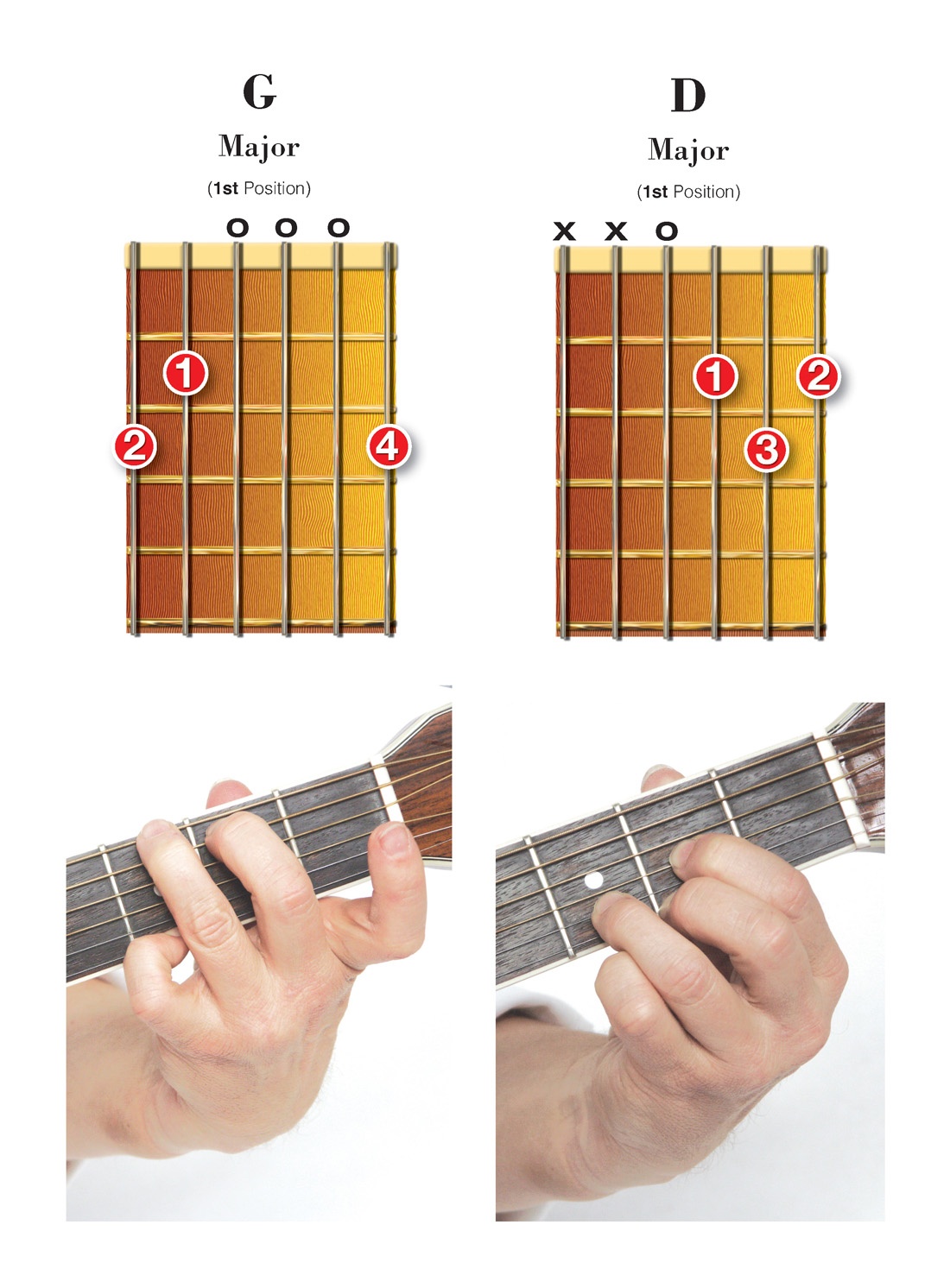 Although there are dozens of different chord types, all of these can be considered as just variations of the two core types of chords: major chords and minor chords.

For example, if you come across a chord chart that includes Am7 (A minor - 7), playing a simple A minor chord will work almost as well.

Developing a good knowledge of the most popular major and minor chords will provide a firm foundation for all future chord playing.

In addition to the G and D major chords, some other important major chords to start with are A, C, E and F.

All the strings can be strummed on the E major chord, whereas the sixth string should be omitted when the A or C chords are strummed.

The F major chord is different from the other chord fingerings in that the first finger needs to lie flat across both the first and second strings. You will find this easier if you ensure that your thumb is positioned quite low at the back of the guitar neck; this will help you keep your first finger flat while the second and third fingers press with the fingertips.

Make sure that you only strum the top four strings when playing the F major chord. 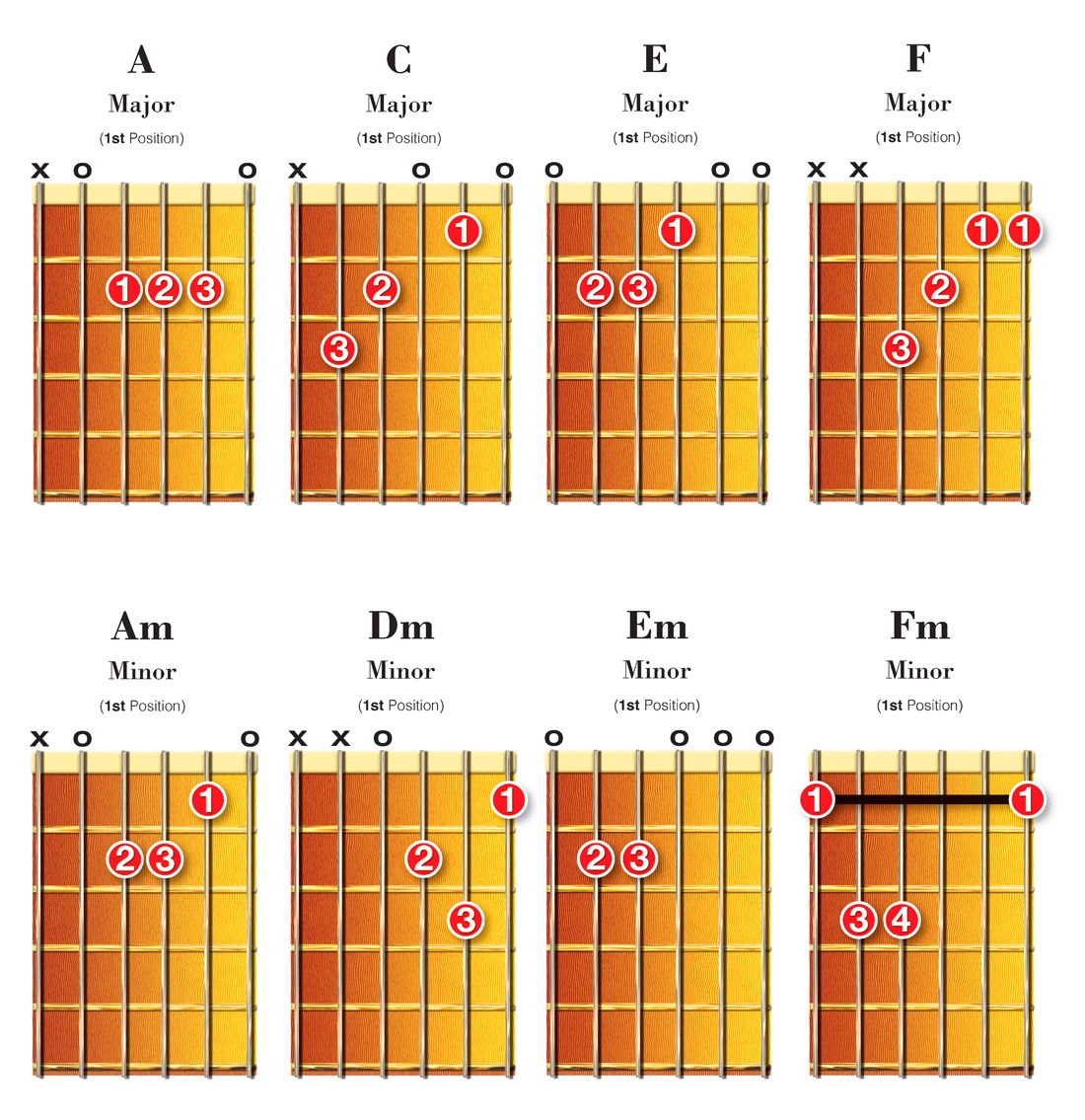 In addition to the Em and Am the other most important minor chords to learn at first are Dm and F#m. Both Dm and F#m are four-string chords (the fifth and sixth strings should be omitted when playing these chords).

The F#m chord is a development of the technique that you gained when learning to play the F major chord, but this time the first finger needs to fret all the top three strings.

If you find this tricky, you might like to try resting the second finger on top of the first finger; this will add extra weight and strength to help the first finger hold down all three strings. Positioning the fretting finger as close as possible to the fretwire will reduce the amount of finger pressure required.

This is just a small section from our book Play the Guitar which is packed with much more detailed information. This is just one of the many useful titles in our popular Music Made Easy series. For other entries see below:

Topics: How to Play Guitar