Posted by Laura Bulbeck
Blues is nothing without different flavours, and some of the most renown blues guitarists could boast incredible skills shaping genre and form. This week we take it one step further with John Lee Hooker, one of the most versatile and long-lasting bluesmen of the twentieth century. 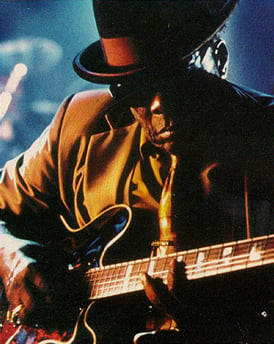 The original boogie man, John Lee Hooker (1917–2001) sustained a career of more than 50 years with his incessant one-chord stomp and half-spoken vocal style. But behind the captivating, hypnotic rhythm Hooker found his own deep blues – one with dark tones and mysterious flurries of notes – as he groped to express, often with a wicked irony, his own feelings of pain and desire. His style was particularly infectious among British blues bands of the Sixties, notably the Animals. In America Canned Heat built a multi-platinum career out of Hooker’s boogie.


A Man of Many Names

The youngest of 11 children, Hooker was born in Clarksdale, Mississippi, in 1917 to a family of sharecroppers. After his parents separated he learned guitar from his stepfather before leaving home for Memphis, followed by Cincinnati and Detroit, where he made his first recordings in 1948. ‘Boogie Chillen’ contained all the basic elements of his style and was a No. 1 rhythm and blues hit. Hooker immediately cashed in, recording for several different labels under a variety of pseudonyms (a laughable ploy given his distinctive style), and had more hits with ‘Hobo Blues’, ‘Crawling Kingsnake’ (1949) and ‘I’m In The Mood’ (1951).

In the mid-Fifties Hooker started recording with an electric band, heightening the rhythmic emphasis of his boogie with songs like ‘Dimples’ and ‘Boom Boom’. When these records became successful in Britain in the Sixties, he toured the UK and Europe regularly. Meanwhile, he was enjoying a parallel career as a solo folk/blues artist in America, although by the end of the decade he was back in the rock fold, thanks to the success of his disciples Canned Heat, who repaid their debt by recruiting him for Hooker ‘N’ Heat (1970).

Further collaborations with Van Morrison and guitarist Elvin Bishop maintained Hooker’s profile in the Seventies, but his career sagged in the Eighties before a sudden and unlikely revival in 1989 with The Healer, which featured duets with Carlos Santana, Bonnie Raitt, George Thorogood, Los Lobos and the remnants of Canned Heat. The album’s success set Hooker up for the Nineties as Van Morrison, Keith Richards, Ry Cooder, Robert Cray and Albert Collins queued up to appear on subsequent albums including Mr Lucky, Boom Boom and The Hook. Hooker died in 2001 at the age of 83. 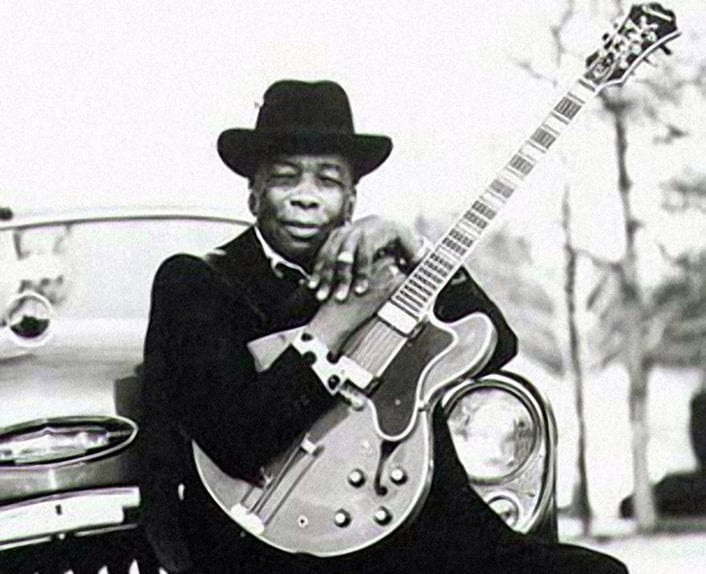 Want to learn to write songs? Check out our Songwriter’s Rhyming Dictionary available through our website. Learn to play riffs from the guitar greats from blues to punk, metal and jazz with our book Pick Up & Play Classic Riffs here.