I couldn’t start this list without tipping my hat to my namesake. Though, that’s not to say Knights don’t deserve their place on this list. The classic heroes of ancient folk songs and legend, artists have interpreted the lore of Knights in many different ways. Be they bloody battles in the English countryside, or epic duels with dragons.

King Arthur and his Knights of the Round Table – including Lancelot, Galahad and Bedevere – are possibly the best-known examples. Stories such as their the quest for the Holy Grail have never lost their popular appeal. Lace some magic in there courtesy of Merlin and you have unending inspiration for artists.

The knights are noble – loyalty, honour, chivalry and dedication are their bread and butter. Wearing armour born of practical necessity, this dress makes them appear tough, but also reminds us of their all too human weakness. It helps us cheer them on, supporting mortal warriors who stand their ground in a world full of magic and the fantastic.

According to Greek mythology and the writings of Herodotus, the Amazons occupied a region near Scythia (in what is now the Ukraine). They crop up at various points in Greek myths and are often rendered on horseback bearing feral, crude weapons. The Amazons fight on the side of Troy in the ‘Iliad’ – their queen, Pentheselia (sister of Hippolyta), is killed by Achilles for her troubles.

There is another famous warrior out there who you might not even realise is an Amazon. Wonder Woman (aka Diana Prince), is an Amazon princess. Sure she’s been vamped up a bit for modern audience, but her fierce combat skills were bred in the jungle. Also, fans of 90’s TV will recall Xena, Warrior Princess - also an Amazon warrior.

The son of Zeus’ twelve labours have been a goldmine for artists for millennia. He’s fought Hades’ pet (Cerberus, a three-headed dog); slain the Nemean lion and gone toe to toe with the nine-headed Hydra. No wonder we call particularly epic feats Herculean!

Arriving in pulp magazines in 1932, Conan is a Cimmerian (a tribe author Robert E. Howard based on the Celts). He’s described as a giant figure with smouldering eyes and a panther-like gait. One of the most iconic sword-and-sorcery warriors around, his profile was raised immeasurably by his big screen appearance. 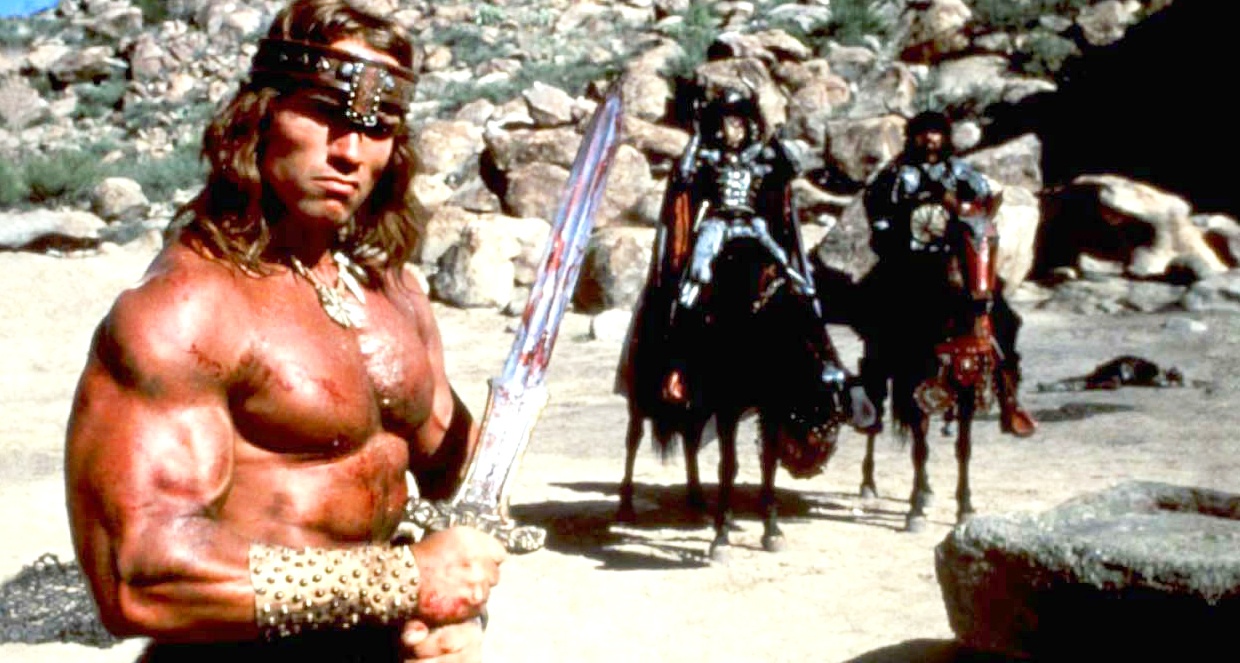 Despite the label ‘barbarian’ he’s a highly civilised, accomplished figure. Conan speaks many languages, has a gift for strategy and has picked up many useful skills on his travels. Perhaps his reputation has been rounded down by his occasional missteps, like when he knocked himself out by running into a wall while drunk. Classic Conan.

Now we’re getting onto really powerful figures. Where our other heroes have possessed areas of vulnerability, Thor doesn’t really have any. I mean, he’s a god.

The God of Thunder to be precise. Thor can control lightning and wields the giant hammer, Mjölnir. In lore he is the famed battler of Ice Giants and protector of his homeworld, Asgard. Of course, there’s some overlap between legend and reinvention in his comic appearances. He still bashes bad guys with Mjölnir, but he’s upgraded from Ice Giants to battling super-intelligent sentient robots.

These underground dwellers make up for their modest stature by being truly awesome fighters. Stout and boasting arms thick as their heads, Dwarves are not the most nimble fantasy race but they are one of the strongest.

Tolkien of course drew this parallel between them and the infinitely more graceful Elves. Dwarves are the antithesis to the slender, acrobatic warriors. Sometimes too, this comparison can make them appear uncultured or dumb. However, this is far from the case. The Dwarves are responsible for immense, sprawling structures beneath the surface. Pioneers of masonry and masters of smithing, their homes are some of the most striking buildings in fantasy lore and their weapons are some of the most powerful.

Underestimate the Dwarves at your peril.

Our amazing Warriors and Heroes book is filled to the brim with information like this, except it goes into way more detail and features astonishing full page images (as well as interesting tutorials to help you draw your own). If you would like to take a closer look at this title, click here. For other amazing art books, click here.