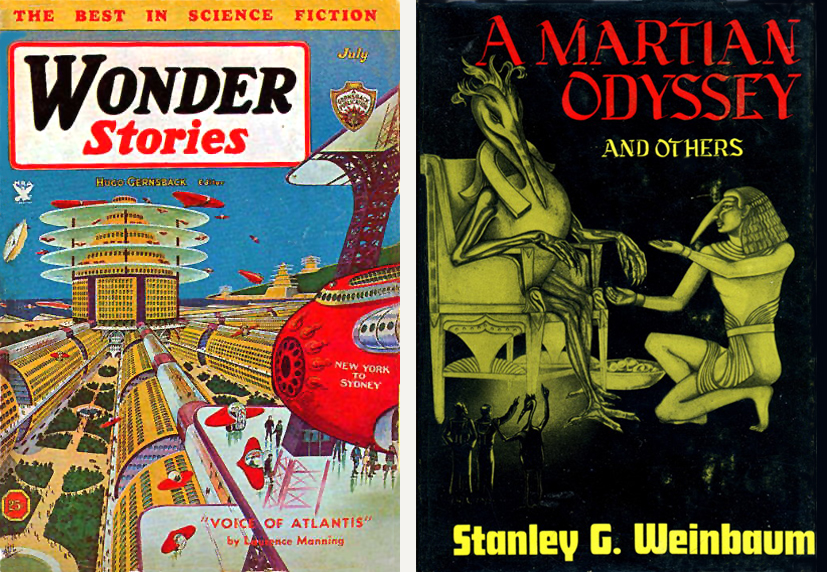 For this week's Creepy Stories thread, here's a remarkable classic lauded by Asimov, Campbell and Larry Niven amongst many others. Weinbaum was a contemporary of Robert E. Howard, and although they never met they share an untimely, early death, passing away within six months of each other in the mid-1930s. They wrote at different ends of the pulp phenomenon but shared a talent for creating intriguing characters. A Martian Odyssey is Weinbaum's first story, published in Wonder Stories of July 1930 (with a low key Frank R Paul cover, above) and combines two of the major US obsessions of the period between the World Wars: Martians and ancient civilisations. Weinbaum is also thought to be the first sf writer successfully to offer a credible alien point of view.