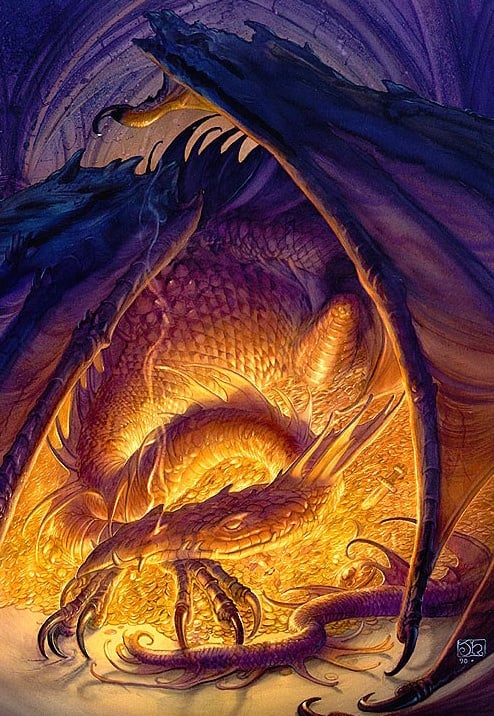 Dreams can transport us to entirely new worlds and universes. Waking up from dreams can sometimes be the most disappointing part of one’s day, especially if it was a vivid fantasy on a peaceful, romantic land – away from the polluted air, the irritable, fluxed traffic and the overbearing paperwork on your desk. On the other hand, a good dream can turn around one’s day completely. Unfortunately, as it stands we are subject to the whims of our subconscious and never fully in control of which turns our dreams will take. It’s amazing to think that technology can do just about anything besides place us where we really want to be – though that may be about to change. For now perhaps the closest we can get to reliving our night time fantasies is through our relationship with art, and this is where Josephine Wall and her our new Gothic Dreams book Celestial Art comes into play. 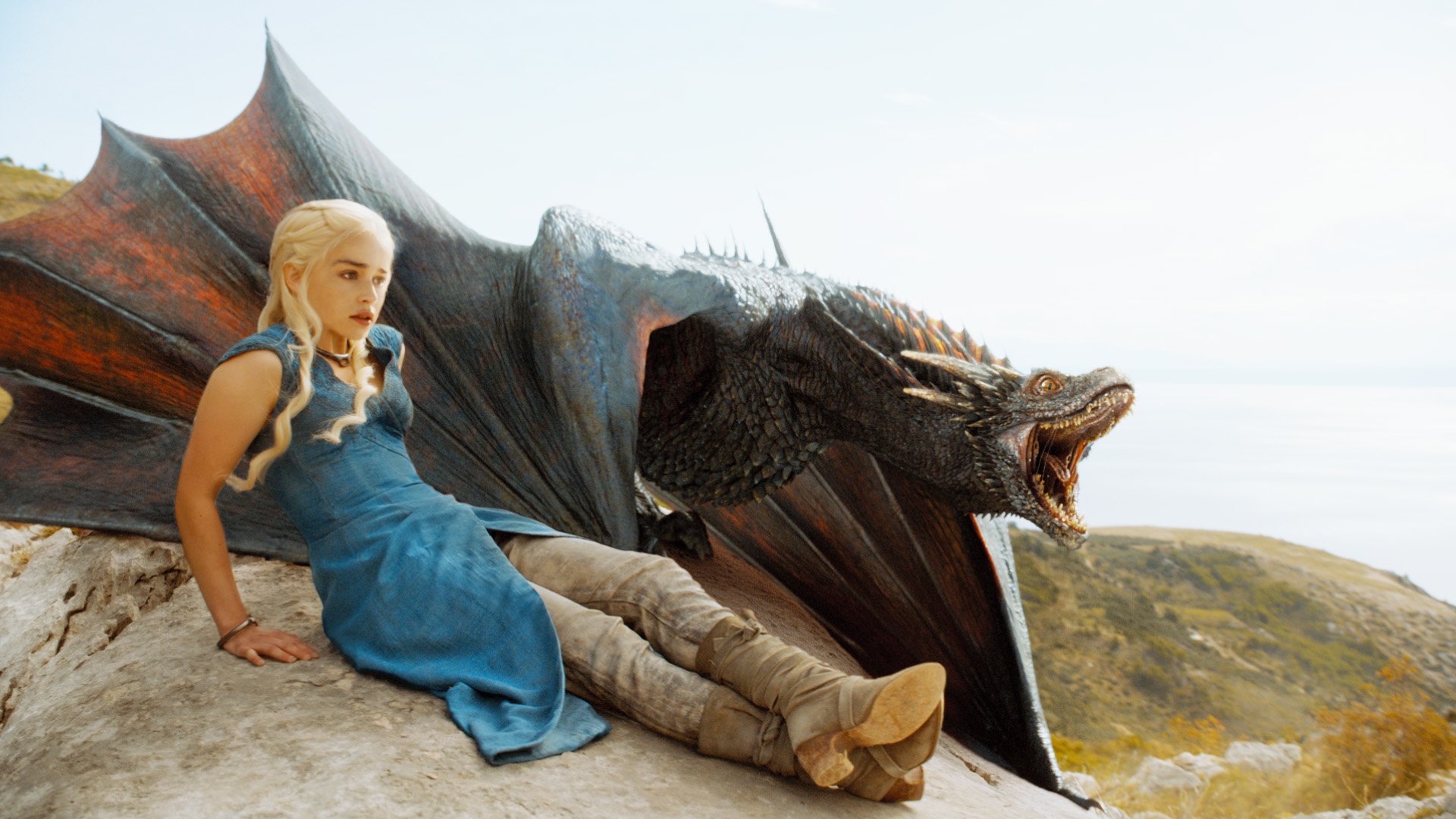 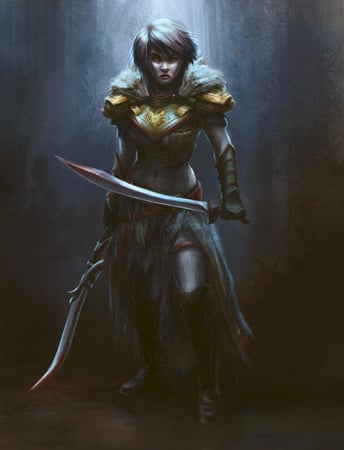 Leslie J. Lee is an American concept artist currently working for Section Studios, a prestigious company based in Los Angeles who have designed and worked with franchises as big as Toyota. The quality of her art is reflected through her achievements, as she has designed for Netflix an online movie website known for its phenomenal success. She has also designed for the ever popular Game of Thrones television series, which was nominated for a Golden Globe Award. The complexity of her drawings is breathtaking as the detail she provides is highly admirable. As seen below she presents us with strong and independent characters, each with their own elements of individuality. We are privileged enough to have her explain in depth and step-by-step just how much effort goes into each and every one of her masterpieces. 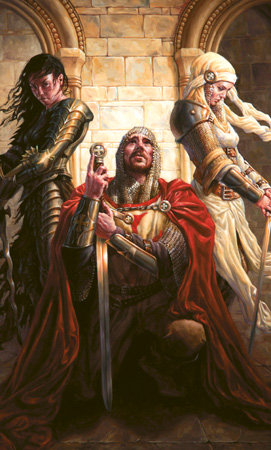 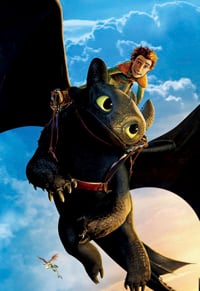 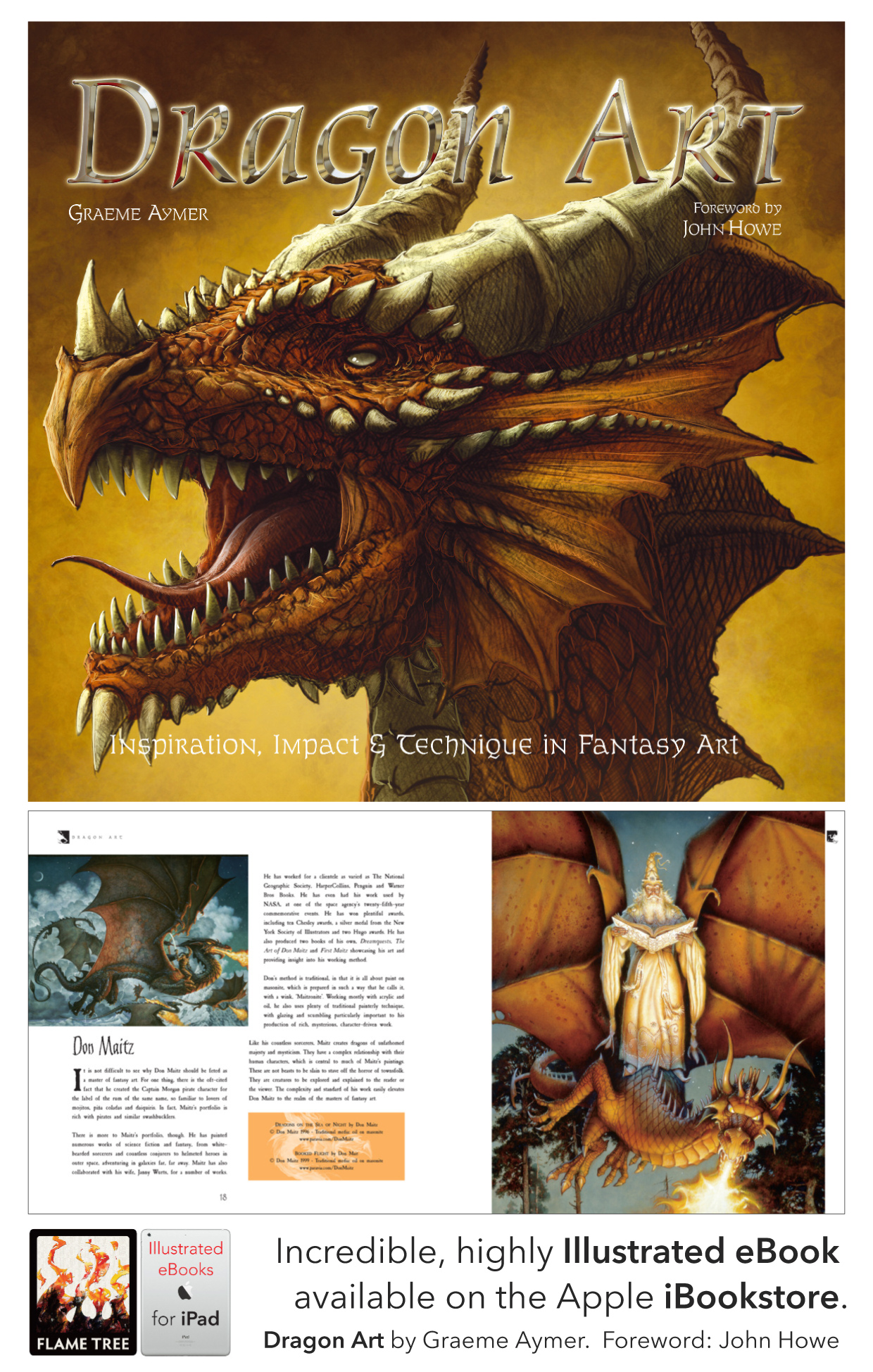 It's been a long time coming, but at last we've made a fabulous illustrated ebook of the hugely successful print title, Dragon Art: Inspiration, Impact & Technique in Fantasy Art. Yes, it's very big, both in terms of dimension and the number of pages (192 pages plus covers), but we've worked hard to create a terrific iPad ready, digital book.  It's available on the Apple iBookstore and is designed for the iPad display which shows off the detailed and glorious art. We're absolutely delighted with it. It'll be on Kobo soon too, and you can download it to the Mac OSX Mavericks because at last you can use iBookson the desktop. We flirted with the Amazon on this project but the designed pages look so terrible you wouldn't want to open it again!! 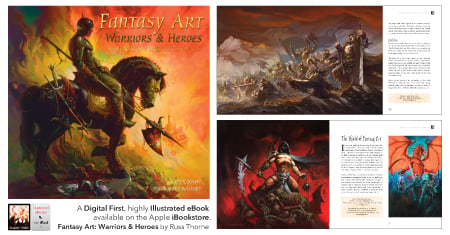