Good horror films are a matter of plate spinning. It’s not enough to have a good script or good cast or a good effects team; you have to balance all these things and more. A classic spooky spirit is often a good trope for a horror film to follow. It has lots of directions it can go and even a middling film can have the occasional peak-through-your-fingers moment. The danger becomes creating a badly made film or letting one of these plates fall. 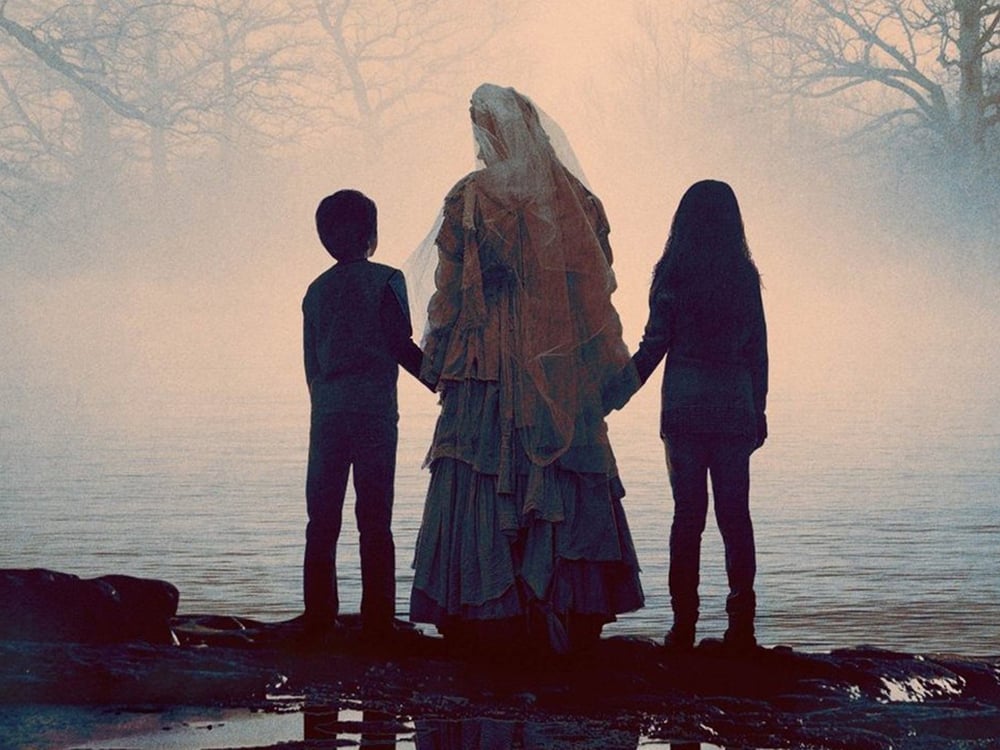 The Curse of La Llorona begins a few hundreds of years ago with a short insert of how our titular spirit came to be. Fast-forward almost to the present day, 1973 to be exact, and we meet caseworker Anna (Linda Cardellini) and her two children (Jaynee-Lynne Kinchen and Roman Christou). After she investigates the home of a woman whose children aren’t attending school, a dark spirit arrives in her life. The woman warns her to leave her alone but when she persists she opens the door to something dark and sinister. It will take all of her and her children’s bravery, along with some help from an exorcist, to fight this spirit back into the dark.

There is a lot to like about this film. It has received a lot of bad press for recycling tropes and being quite predictable but there are countless horror films that could receive these criticisms, especially if they are part of a larger series like The Conjuring.  Considering that we as horror fans are willing to defend certain horror fiction and books against criticisms of predictably and trope recycling, what makes this film a magnet for negative reviews? I think the answer might lie in plate spinning.

To start it should be said that by and large the effects team killed it. There are a few sections of the film that really make you shrivel up and shudder. There’s some really good use of environment to build scary scenes and some excellent foreshadowing that serves the film well. What did become apparent in review was that all of these scenes were almost devoid of dialogue.

The DP on the film and the direction was also amazing. There was some interesting shot construction and some really interesting camera work that really let the creative team put together some great scenes full of nicely worked in motion. Again this was an element that lacked dialogue.

It also needs to be said that the acting is pretty good! Often, kids in horror films are a cause for concern. The wrong actor in the wrong role can entirely run a film but both Jaynee-Lynne Kinchen and Roman Christou were brilliant. Linda Cardellini was also great and the surrounding cast put in good work too. This really is a credit as you begin to realise the film’s main problem; the script.

Predictability of plot is one thing but I reckon that you could pause the film at any moment and guess the next line with a decent success rate. It felt like the whole team was having so much fun putting together their parts of the film that no one bothered to tell the scriptwriters that their writing was awful. I saw the film in a fairly empty and subsequently quite talkative screening and while we were all taken with the scary scenes, we couldn’t  help but chuckle at the dialogue and scoff with each other as formulaic line after formulaic line was uttered.

Yes, it relies a little heavily on jump scares and yes, you might need to suspend your disbelief because the plot is paper thin, but that’s not why this film is so dislikeable. You make it through a decent scare or moment of tension and you’re greeted with these lines that, no matter how well they are delivered, are god-awful.

Not every film has to reinvent the wheel and with horror specifically I am looking for craft as much as anything else! The problem comes when you choose to make a wheel with a big chunk of it missing; it’s going to have a hard time rolling. The Curse of La LLorona is a great example of how important plate spinning is in horror films. It tales one plate to fall for the whole act to be ruined.

If you like this more history based look at horror tropes then you might also enjoy Flame Tree’s The Astounding Illustrated History of Fantasy & Horror. It details the developments of movies, TV, art, comics, magazines and fiction. Learn more about the things you love and discover some things you might never have known about in the first place