Last week, authors from our new Footsteps in the Dark short story collection spoke a little about the inspirations behind their contributions to the book. Today, they offer insight into their writing processes and provide reading and watching recommendations for others on the hunt for atmospheric stories in this genre. In keeping with the rest of the books in this series, Footsteps in the Dark consists of classic fiction as well as modern fiction, including such greats as Bram Stoker, Edith Wharton, E.T.A. Hoffmann, Gertrude Atherton, Robert Louis Stevenson, E.F. Benson, M.R. James and many more… If the author suggestions below give you appetite for speculative fiction be sure to check out the tales in Footsteps in the Dark, link at the bottom of this page! 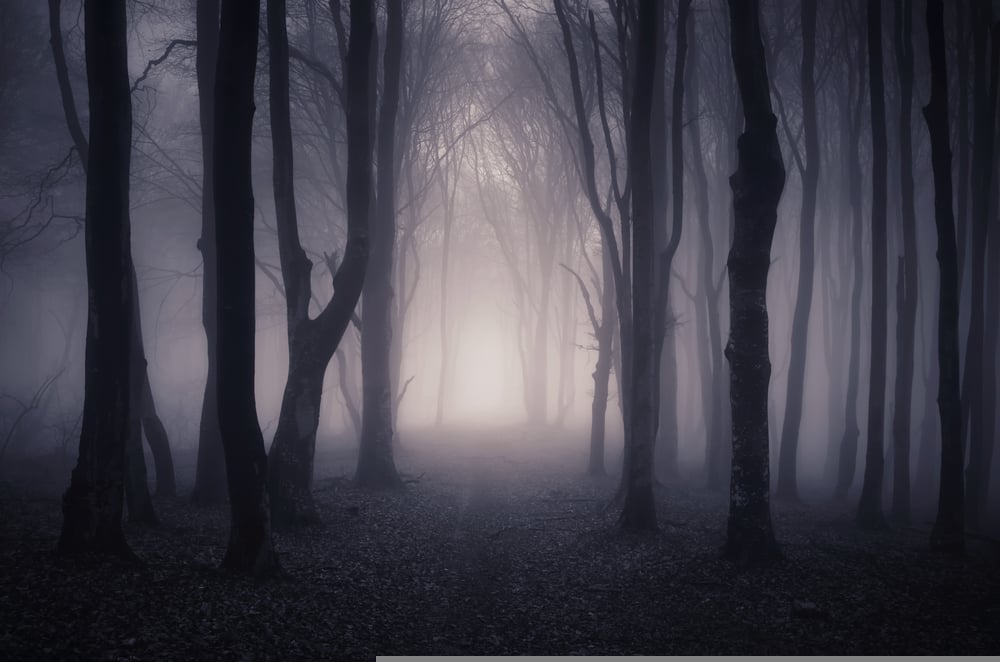 One of my favourite stories in this genre (and one that involves actual footsteps) is a piece called ‘Sneakers’ by Stephen King. It's a great little ghost story that revolves around a pair of disembodied sneakers that show up in a bathroom stall. The idea of dealing with a malignant ghost when you're at, ahem, your most vulnerable, is deliciously creepy and weird.

I adore M.R. James's ‘Oh, Whistle, and I'll Come to You, My Lad’, and the 60s BBC adaptation is wonderful. I try and watch every Christmas. There are so many examples of this genre that I love, but that one probably deserves to be talked about more. This is probably cheating, but I once wrote a whole article about favourites from this genre. You can find it here and I stand by it!

Just a few of many favourites… Fritz Leiber’s ‘Smoke Ghost’, a crucial tale of urban supernatural horror, in which the setting isn’t invaded by the uncanny but produces it instead. Shirley Jackson’s ‘The Summer People’ conveys dread by the subtlest means in an idyllic location that might tempt us all. Robert Aickman’s ‘Ringing the Changes’ invents a coastal legend so iconic and haunting it feels as if it must exist somewhere, heaven protect us. Alison Moore’s ‘Eastmouth’ is a little masterpiece (little only in its conciseness) of understated gathering unease. And in M.R. James the supernatural erupts in so many reassuringly familiar places the intrusions border on the surreal. On film, Jacques Tourneur’s Night of the Demon is my all-time favourite horror film, hugely evocative of the diabolical, inventive and atmospheric. But the films that most often genuinely terrify me are the works of David Lynch – the lurker behind the diner and the tiny folk in Mulholland Dr, the whole first section of Lost Highway, the Laura Palmer passages of Twin Peaks and the entire feature film… He conveys uncanny dread to me like no other filmmaker. As for paintings, I’m haunted by Magritte’s empires of light – those streetlamps wakened by evening, which seem to convey an occult message – and some of George Tooker’s urban paintings (the bank, the subway) are the epitome of urban paranoia.

Some favourites are the works of Shirley Jackson and Angela Sommer-Bodenburg. The Rider on the White Horse by Theodor Storm. Plus, a predictable weak spot for the classics: the Brontës, Mary Shelley, Poe, de Maupassant, Bierce. Visually: Piranesi’s prisons and Böcklin’s symbolism.

Couple that come to mind are Algernon Blackwood’s ‘The Willows’, and some of Adam Nevill’s stories like ‘The Reddening’ and ‘The Ritual’. Really love that eerie, folksy horror feel. My all-time favourite movie is An American Werewolf in London, which I think is the perfect example of blending horror and humour with a killer soundtrack. There’s also a spooky old poem written in 1864 by D. Ogilvy called The Wolf of Ederachillis, which is absolutely tremendous.

I've developed a penchant for Victorian Gothic literature. Shelley's Frankenstein is a favourite, as is Lovecraft's work. I adore the language and how they paint their worlds – they possess tenors unique to their era. Although, I do admire many modern works too, and often read magazines like Nightmare and The Dark. Flame Tree's Gothic Fantasy volumes combine both classic and modern stories which make them perfect reads for me as well.

I have a love-hate relationship with horror films: far too many of them are predictable, clichéd, and simply not scary. Having said that, when horror films are good, they are really good. I’m very excited by three young directors emerging in the genre: Jordan Peele (Get Out and Us), Ari Aster (Hereditary and Midsommar), and Mexico’s Carlos Meléndez (Hysteria). All three are creating extremely unique and effective films, with all the best characteristics of good horror: unsettling angst, slow-burn dread, and brilliant social critique. I expect film students will be studying their work generations from now. 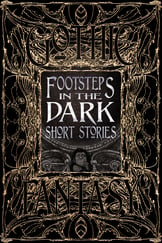 Some of my best writing is done on my half hour lunch break. There aren’t distractions or anything for me to procrastinate with, though working from home due to COVID has made it harder to write like that. Sometimes I’ll spend a good chunk of time writing a story or chapter, but almost all my writing the last few years was done on lunch and edited later on.

I can’t outline without destroying all enthusiasm for writing a story, so I usually start with a vivid scene and a very rough direction for the story and characters. As I write the first draft, new ideas pop into my head like magic, often better than my initial ones, so I rewrite earlier sections until I work out where I want the story to go. It’s organised chaos, but it works for me – sometimes!

Before I write, I research. The research continues throughout the writing process as well, so that I have already done the bulk of the heavy lifting by the time I get to the editing. This means that I am a slower writer in general, but also that I have less to change at the end. My writing schedule fluctuates, but as long as I write at least a few times each week, I am happy.

I work best with a daily routine. As close to the same time every day as possible, in the same place – usually my desk at home – and I can get the work done. I try to aim for a daily word count as well, and hit it most days. Shorter works I like to write longhand first, then type up. Makes for a good editing pass.

My writing process right now is all about finding the spaces and cracks in the day where I can fit in some time for thinking and writing. It’s been a strange year for all of us with the pandemic reshaping the world and many of our lives, and certainly my year has brought a lot less quiet writing time than I had previously. My usual process is writing a terribly ugly and messy first draft, and then getting into the rewrites and editing which is the part of writing I actually prefer. I really do love editing and reshaping that first rough draft, and finding the things in it that are the ‘real story’ told in the way I like best.

‘Process’ might be generous! Between working a full-time day job and parenting small children, I have to write where and whenever I can steal the time. Most of this story (in Footsteps in the Dark) was actually written in half-hour spurts at the public library part way between work and my kids’ school. Working this way means not being picky about how it gets done – laptop, longhand, typed into my phone in the school pickup line – anything to get the words!

We put the kids to bed and then I have a little time to do some writing before I fall asleep too. If I’m writing something new, I aim to add 300-500 words a night. Terry Pratchett, Ray Bradbury and Stephen King all wrote about how they started out adding little bits to their stories each night after work, and those anecdotes serve as good motivation. If I’m editing or prepping something for submission, that might take precedence over new writing. But the writing part is the fun part!

Footsteps in the Dark, featuring all these authors and more, is available through our website here! 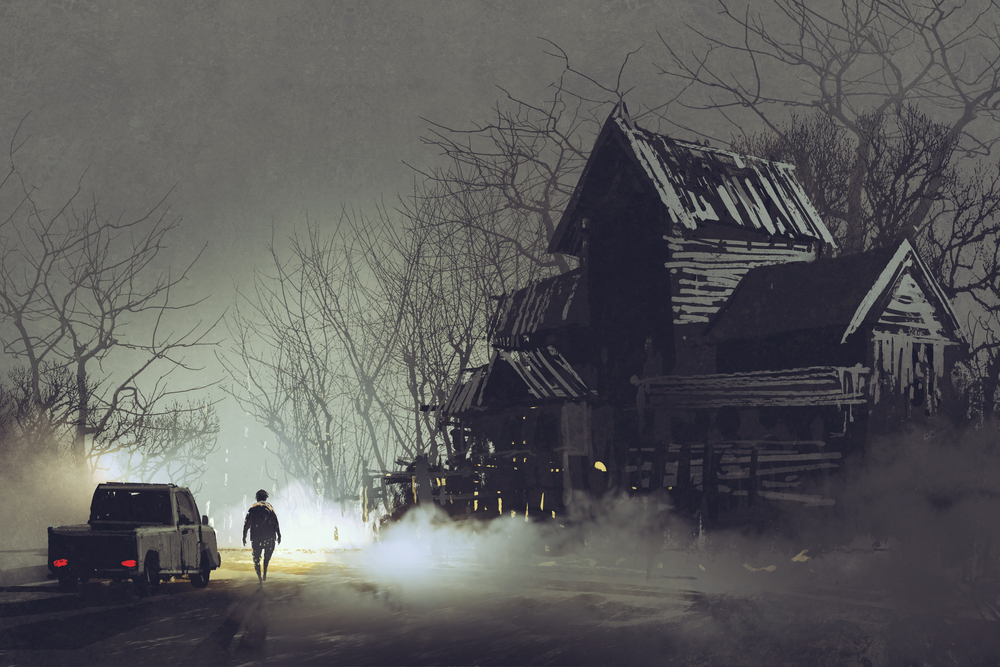