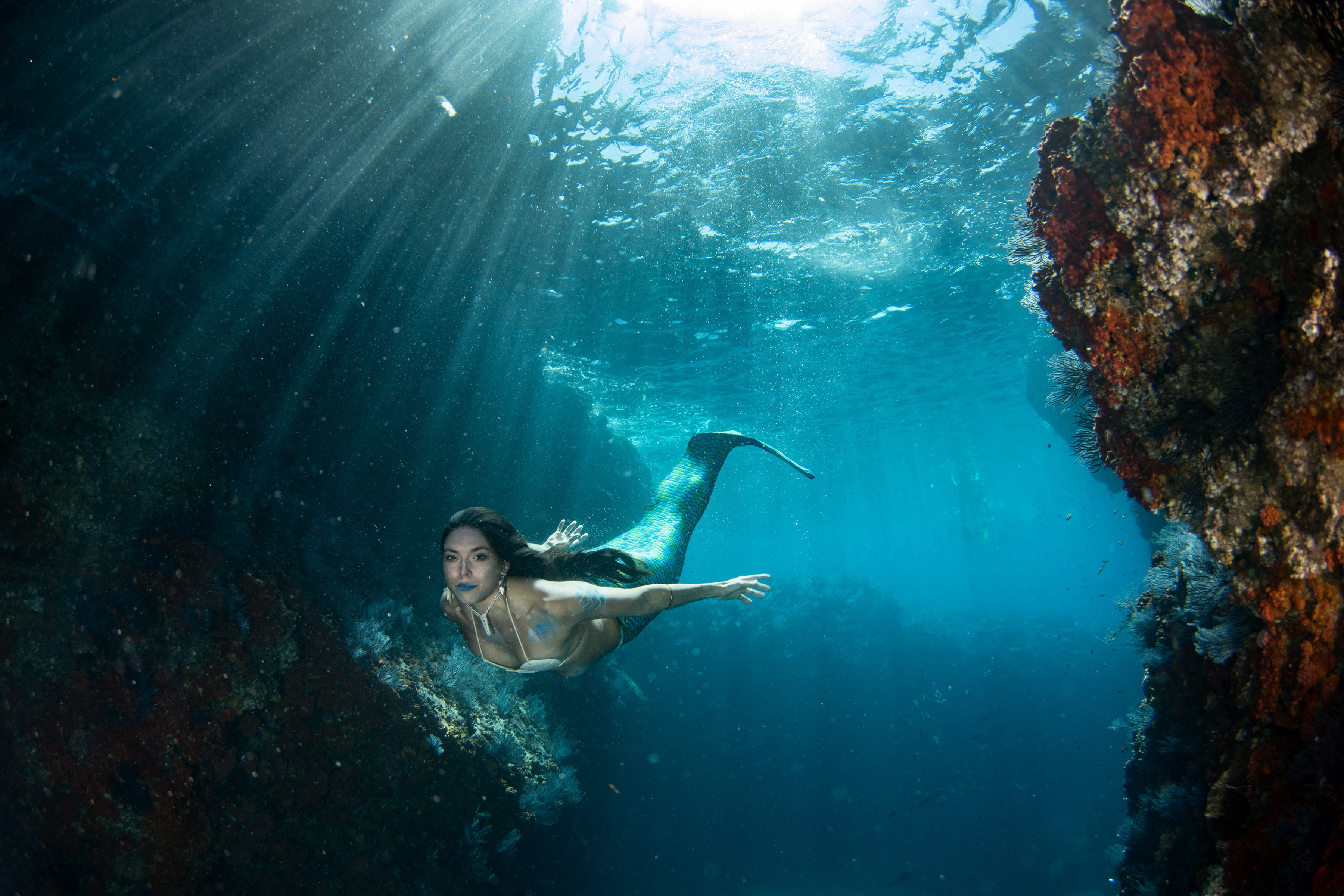 Atargatis is the earliest myth of a mermaid that has been discovered so far. Around 1000BC, tales of the mermaid began to emerge form Assyria, a region of Mesopotamia. Legend says that the goddess transformed into a fish but that the water could not hide her beauty and so she became human above the waist and a fish below. There are different representations of her, such as coins where she is just a human head on a fish or depictions when she was a fish with arms and a human head. The legend spread through other ancient cultures with both the Greeks and Romans incorporating the goddess into their own lore.

The Greeks had other mermaid-like creatures that featured throughout their myths and legends. While they did not live underwater, the sirens did live on the water or on small rock formations. They were mixtures of women, birds and fish; generally having the head of a woman, with wings and scales. Their songs would lure sailors on to the rocks and ultimately to their death. They were depicted as evil and dangerous and famously featured in Homer’s Odyssey.

The Maidens of Medieval Sailors

Mermaids didn’t improve their mood in medieval folklore. While there are tales of sailors seeing mermaids in the water or in the distance on rocks and shores, it was ill-advised to interact with them. Seeing one could mean a bad day of fishing or tough waters ahead, and if you happened to catch one and didn’t immediately return it to the water you’d be in trouble. Olaus Magnus, the 16th century writer, wrote that if you caught a mermaid ‘and do not presently let them go, such a cruel tempest will arise, and such a horrid lamentation of that sort of men comes with it, and of some other monsters joining with them, that you would think the sky should fall.’

Probably the most famous depiction of mermaids in modern times, Ariel from The Little Mermaid has an interesting history. Originally featuring in the Hans Christian Andersen story of the same name, Ariel’s story was a dark tale with a lot less singing but it did present a very different type of mermaid. In both the story and the movie Ariel is a sweet and kind mermaid who is looking for love with a man on the land, but while that she finds love in the film she is less successful in the original story. In Andersen’s tale, she loses her tongue and when she fails to find love is forced to walk the earth as a spirit for three hundred years.

Over the past three thousand years, mermaids have had stories relating them to good and evil, happiness and sadness, and mortality and immortality. Today, they are ever present in fantasy culture and can even be seen on a Starbucks coffee cup (yep, that’s a siren in the logo!). With an intricate and beautiful history, mermaids can make for interesting and diverse characters so they probably won’t be disappearing anytime soon.

This post is based on extracts from our book, The Magical History of Mermaids by Russ Thorne (ISBN: 9781786647931). This title is part of our Gothic Dreams series which is packed with tons of information and beautiful illustrations. You can order it from our website here or on Amazon here.