If that's the case then, why is it that most popular science fiction is read (and written) in the West? This was the question posed by Malaysian author Kushairi Zuradi after he was told for the umpteenth time by publishers that there was just no sci-fi market in his homeland.

So, he did what any budding author would do – he took his fate into his own hands. Zuradi published his own work and founded ­Simptomatik Press. He has since used this platform to publish other Malay science fiction authors and the four titles Simptomatik Press has published so far have all found homes in bookstores. Read more about Zuradi's mission here.

This story got me thinking about other Eastern SF writers. Here in the UK we're bombarded by new YA dystopia novels, or glossily produced movies like The Matrix, the Terminator series, or even the recent Edge of Tomorrow.

When we explored the origins of science fiction in our previous blog post we found that in fact a lot of speculative fiction's first outings were published in the East.

But what options are there for those who want to look further afield for contemporary science fiction? As it turns out, there's plenty. For instance, did you know about these Indian science fiction books?

Penguin India published this collection of three SF stories. There's a psychic girl who can undress people with her mind (yes, really), as well as other intriguing tales told with comedic flair. And though the stories are told with masterful english language, there is an undeniably desi lilt in Padmanabhan's style.

Well established in the SF community already, Singh's collection is made up of stories that have already been published in anthologies across the UK and US.

The intriguing title comes from the story of a woman who finds herself the home of small alien creatures. Other stories keep themselves planted in Asian settings, such as the story about a young girl taking a unique spacecraft through the streets of Delhi on her way to school.

Learn more about the book here.

Diary of a Space Traveler by Satyajit Ray

Translated from Bengali, this interesting collection was written by the famous film director who was also responsible for the well-loved character Professor Shonku.

Shonku also finds himself at the centre of the collection as he catalogues the bizarre discoveries he unearths during his travels. Whilst less invested in Indian culture explicitly, Ray's stories are told with a style and imaginativeness that exude the charm of the best Indian writers. In that sense, it may be a good starting point for new readers of Indian science fiction.

It may be that you haven't heard of any of those books, and that's fine. So if we're talking about sci-fi we shouldn't overlook movies. For those who don't want to risk too much time investing in a new sub-genre of books, sticking on a movie one night is an accessible way to get you hooked on these awesome stories.

This South Korean science fiction train dystopia film is… well, a bit beyond any further definition. The conceit is that the world has frozen over and what is left of society lives on a train that never stops running. However, there's a class system in effect; those who live at the back of the train are basically lower-class citizens and the ones toward the front are the privileged 1%.

It's got a bit of a Hunger Games vibe but also drew its influences from Terry Gilliam's Brazil and, interestingly, the videogame Bioshock.

Take a closer look at the film here.

Before we go on though, it's worth noting that The Hunger Games was based on the Japanese Battle Royale: a much bloodier and surreal affair that is well worth a watch.

Speaking of trains, this sprawling Hong Kong movie is set in the future where a massive rail network connects the world. It's packed with several story arcs including: neutered emotions; meta references to an SF novel being written by the protagonist; asteroid love and much more. This is, if nothing else, a truly unique cinematic vision.

We can't talk about science fiction movies (in the East, or anywhere for that matter) without mentioning Akira. Already world-famous, we won't linger too long on this. But if you haven't seen it then just watch it. As in, finish this post (we're near the end, so don't worry) and then just watch this movie. Considered to be one the best animated movies of all time and one of the best science fiction movies of all time, this vivid rendering of 'Neo Tokyo' shows us a future full of awesome racing bikes and a powerful psychic.

Of course, lists like this always end up missing out many authors and stories well-deserving of mention. Tell us what your favourite science fiction story by an author of Eastern origin is in the comments below. We'll update the article with some of the best suggestions. 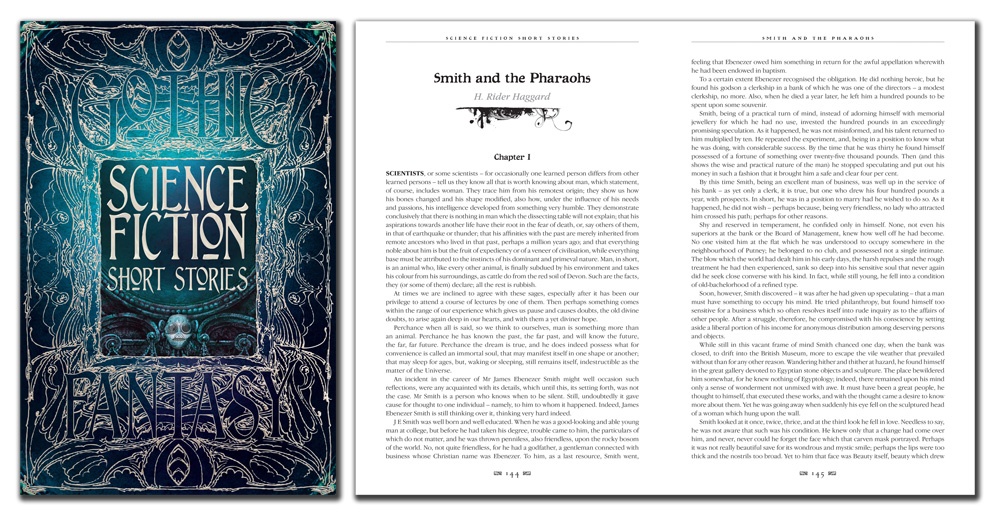