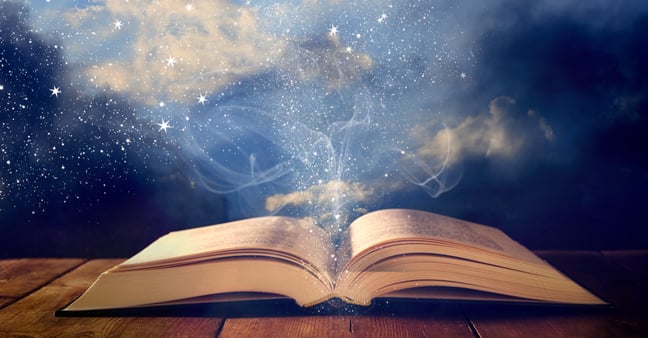 When Hans Christian Andersen decided to write his autobiography, he instinctively and without hesitation gave it the title: The Fairy Tale of My Life. Nothing could have been more right, for Andersen’s rapid rise from rags to riches reads exactly like a fairy tale. In 1819, at the age of fourteen, he left the Danish provinces with just a few coins in his pocket to seek what he called, in all seriousness, fame and fortune in Copenhagen. Like the simpletons of fairy tales, his winning naivete shaded into what proved to be real wisdom and true courage, for the determined boy, son of a washerwoman and shoemaker, quickly moved up the social and literary ladder to become what he himself had predicted would be Denmark’s greatest poet.

In many ways, Andersen inaugurated a new era in children’s literature, turning away from the morals of nineteenth-century writers and promoting an ethics of empathy that remains a hallmark of children’s literature today. Although Andersen added the words “for children” (fortalte for Børn) to his early collections of fairy tales (which included “The Emperor’s New Clothes” and “The Princess and the Pea”), he omitted that phrase from later titles. Andersen’s stories may have migrated into new media for children (the Disney franchise comes to mind with its animated version of “The Little Mermaid” and with Frozen, inspired by “The Snow Queen”), but they have never lost their hold on adult readers. Even today, we can still see these fairytales being adapted on-screen and on-paper. His brilliant legacy will live on for many more generations to come. So let’s take a look at some of his magical fairy tales, some you may know some you may not; they’re all as wonderful as each other:

If you’ve heard of the phrase ‘the emperor’s new clothes’ being used in conversation, this is where it originated from. Commonly used as an idiom about logical fallacies to refer to something widely accepted as true, due to an unwillingness of the general population to criticize it or be seen as going against popular opinion. This

fairy tale centres around the Emperor and his ‘new suit’ with an underlying moral that you should speak up if you know the truth.

The Princess and the Pea

This is a classic we're sure most of us have heard of. A prince looking for his princess in a sea of people who claim they’re something they’re not. When a ragged girl turns up and claims she is a princess, the mother puts her to the test. That test is being a pea. Many interpretations can be taken from this fairytale but one important message is to never judge someone on the wrong things.

A little girl is forced to stay out in the freezing cold and sell matches for money before returning home. She lights them to stay warm and begins to see wonderful visions in the flame. A sad but true fairytale on how we should always act kindly towards the unfortunate and those that have less than us.

You may have heard of the philosopher’s stone from the beloved Harry Potter franchise which made an immortal elixir. However, in this fairy tale it is the sum of the true, the beautiful, and the good held together and crystallized into a stone that when acquired brings the knowledge of God. And so four wise children set out to find the marvel. This is a tale that doesn’t fantasize its core moral: what is the point of life? Can beauty, truth and good be found in this world? 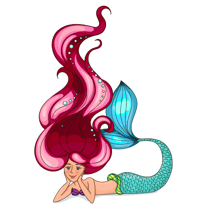 Many of you may have seen the infamous Disney film adaptation of this thought-provoking fairy tale already but the original isn’t one to be missed. A young mermaid makes a deal with an evil witch so she can pursue her true love. This definitely doesn’t have the classic happy fairytale ending but it does work out in the, and hits home a hard truth: we cannot make people love us if they do not and we must live with that, move forward gracefully with respect and understanding.

When a magical mirror that intensifies the bad and ugly and dims the good and pure shatters in the sky, the pieces scatter the earth. The snow queen wedges a piece in the eye of a boy who then follows the queen to her palace. Life-long friend Gerda then embarks on a mission to find her missing friend. A tale of love and friendship but also a sturdy reminder not to trust strangers.

A fairytale with a slight religious standpoint showing us what it meant to be Christian in the 19th century. An adopted young girl is brought up by a very wealthy woman who spoils her rotten. She years for a pair of red shoes to fit her like a princess and so the woman buys her some. After the shoes become cursed she isn’t able to get them off and so that once desire from them becomes an extreme burden. A tale of temptation and ultimately redemption. How human desire can literally take over our life and come in the way of more important things. 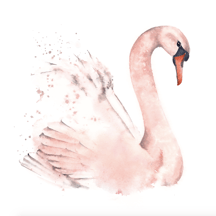 This is a fairytale so relatable to all of us that it’s no wonder it’s a classic. When a duckling is hatched along with its siblings, it’s ridiculed for looking so different from the rest. Alas, the duckling leaves to find a more accepting family but not before a journey of rejection, bias and hardship. Ending with a heartwarming twist this fairytale drills home an important message: you should never dismiss someone because they don’t ‘fit in’ or differ from the standard beauty norms. Also a hats off to perseverance and knowing your worth.

When a man returns from war and meets a witch with a proposition he takes on the task to climb down a tree to retrieve her tinderbox with his reward of gold. After keeping her tinderbox it takes him a long time to realise its magical powers. With no real moral to learn from this, it’s definitely a fairytale with a lot of grayscale and much to ponder on.

Like the sound of these wonderfully magical fairy tales? You can find them all and many more in our book Hans Christian Andersen Fairy Tales. Can't get enough of them? Neither can we, that's why you should keep your eyes peeled in September for the release of our stunning collectable classics edition of his fairy tales here. They're a timeless classic for any home library.