Joining the ranks of our Gothic Fantasy short fiction anthologies, two exciting new books will be published in September: Lost Souls, and Robots & Artificial Intelligence. In anticipation and celebration of these upcoming releases, we asked the featured authors to tell us a little more about their story, their approach to writing, and the tales from the genre that have affected them the most. In this first part of the Q&As, authors from the Lost Souls volume share what led to the creation of their haunting stories... 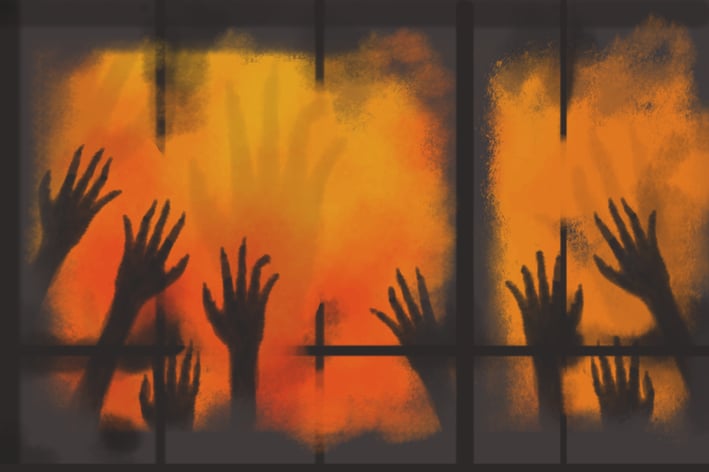 What was the inspiration behind your Lost Souls story?

Sara Dobie Bauer – They Lived in the House on Cherry Street


‘They Lived in the House on Cherry Street’ started as a dream. Well, a nightmare really. I'd just lost both my grandparents to illness, and my family was selling ‘the old homestead’. I'd spent thirty-two Christmases in that house, and the thought of it belonging to another family horrified me. One night, I had a dream. In the beginning of the dream, my grandparents were young, hanging around the old homestead, but as the dream progressed, they aged rapidly until I had to watch them both die (Nightmare, right?). I woke up the next morning and wrote this story. I have trouble re-reading it, which means it's effective, I suppose. It addresses the universal theme of loss in a haunting, visceral way.

The short answer is I was asked to write a Ghost Story for a contest. The long story is this: like many things involving imagination, when I starting thinking about writing a ‘Ghost Story’, my mind got a bit sidetracked and I started thinking about what kind of story a ghost would tell. Surely he or she would have a lot to say. We living have a lot of ideas about what happens after death. Some romantic. Some terrifying. The idea that life, friendship and family could go on after death intrigued me. What would it mean to be dead, but still yourself? So, I asked. And the ghost told me her story.

I have always been paranoid of the noises in an otherwise quiet house. Every bump in the night is a killer breaking in, every creak is a zombie climbing closer, every desperate scratch on my door is hopefully the cat trying to get in. The idea of not knowing what waits on the other side of the door, while knowing precisely what it is not, is very disturbing to me.

I wanted to write about a haunting that featured Asian mythology and I wanted to see if I could frighten myself with it. The Pontianak is the vampiric spirit of a woman who died while pregnant and although there are many stories about the Pontianak, there are few about her child.

During our honeymoon, my ex-husband and I stayed in a lovely Victorian bed & breakfast, said to be haunted. Due to loud snores, I was unable to sleep, yet feared leaving, so roamed the large, dim room, seeking signs of ghosts by moonlight, by nightlight. I couldn't help imagining the lives of the women who had first owned those lovely combs, brushes, and mirrors...and wondering what other circumstances might cause a wakeful girl to be locked in a haunted room all night... 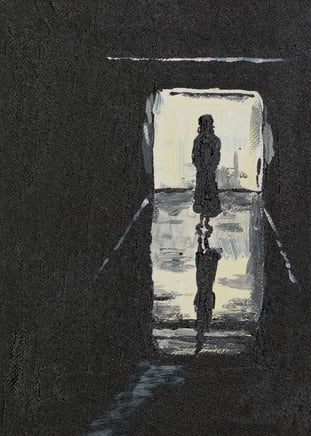 ‘Perfect Mother’ was inspired by the bizarre myth of the ideal mother and my own fear of losing myself by becoming one. While I've found the actual experience of motherhood to be so much more complex, wonderful, and challenging than that impossible standard, this story is my way of exploring (with as much subtlety as a bone saw) the damage those expectations can cause. I'm also low-key terrified by large conference venues - so many identical, completely nondescript hallways leading nowhere.

In the early 1940s, the body of a young woman was found hidden inside a tree in Hagley Wood west of Birmingham. For decades afterward, graffiti was found nearby asking variations on the question: “Who put Bella down the wych elm?” I don’t believe in ghosts, but I do believe in hauntings. Dostoevsky’s Raskolnikov, the narrator in the Tell-Tale Heart, these are characters haunted without ghosts – haunted by absence and memory. In the case of Bella, the graffiti itself is a haunting. It rekindles within that community the memory of a terrible crime in a confrontational, possibly accusatory, way. I fell in love with the idea of it being an actual message from the grave, a mechanism of memetic revenge.

Michael Matheson – Until There Is Only Hunger

‘Until There Is Only Hunger’ is part of a story cycle I’ve been writing since 2014, called Titan and Serpent. That larger narrative spans 1,200 years and uses the language of titans, ghosts, personal and cultural memory, and apocalyptic events to engage how we embody our cities and how they embody us, the weight of family, intergenerational politics, and racial and cultural expectation, among other themes.

J.A.W. McCarthy – Every Time She Kills Him

I’ve always been fascinated with the concept of the soul being a physical body part rather than an intangible essence. The idea of a young woman being stalked by a man who materializes at different points throughout her life came quickly, especially the part about souls getting in the way. The part about what the souls actually look like may have been inspired by a recent illness.

Jessica Nickelsen – The Obstinate One

I wrote this as part of a short story class I took several years ago with Whitireia here in Wellington. For the life of me I can’t remember the assignment; though I do know I never planned quite so much drama and violence! This was one of those stories that took off like a train, characters and all, and all I really did was hang on and try to get it all down as it sped by. I wish they all worked that way.

Growing up, the phone line in my house would cross lines with other random phone lines. I'm not how it happened but there were occasions where I would pick up my phone to make a call and there would be people on the line talking. I would hang up the phone, give it a few minutes, and the people would be gone. 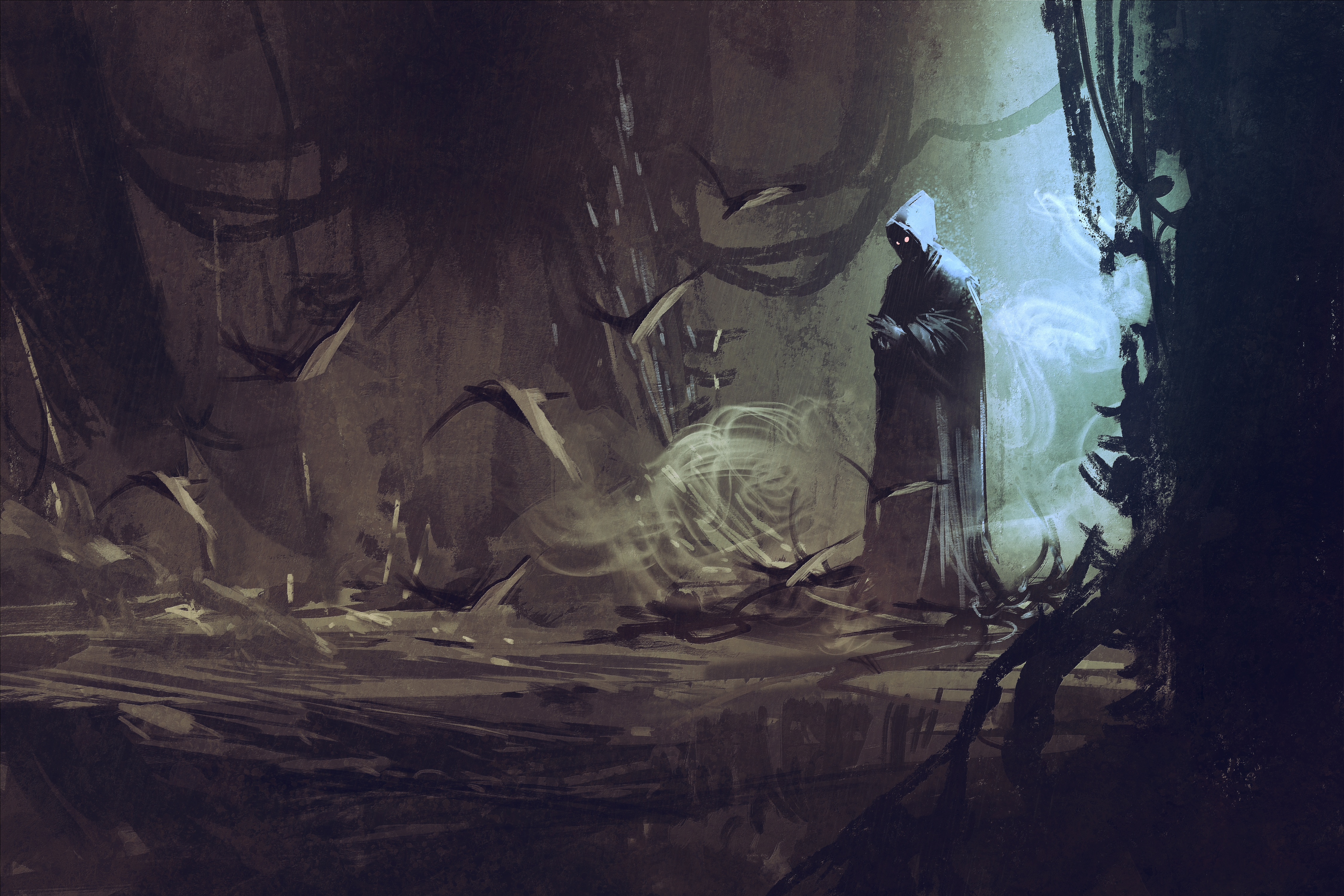 Alexandra Renwick – A Good Thing and a Right Thing

‘A Good Thing and a Right Thing’ was inspired by the bleak, desperate decline of the last Scandinavian settlements in Greenland. My research centred around the ruins of the Church of Hvalsey, where written record of Scandinavian presence ends abruptly after a wedding recorded there in 1408 CE. The utter disappearance of the once-thriving community – all the people, the farmers, children, families – wasn't verified until 1721 CE, when an expedition led by Danish missionary Hans Egede reported no trace of any living Norse colonies left at all.

I often participate in a writing group exercise where you have one hour to write a 1,000-word story based on a photo prompt. ‘Scare Tactics’ began life in one of those exercises, and the prompt was a grainy picture of a woman holding a big Raggedy Ann doll. The first thing that popped into my head was demon-possessed doll, but I wanted to put a spin on it and explore the demon's POV with a healthy dose of black humour.

‘Abandonment Option’ was partly inspired by humankind's fascination with divination and fortune telling. It was also inspired by financier/fraudster Bernie Madoff. Men like him never seem to face consequences unless they prey on other equally-wealthy men, so I began to imagine a Madoff-styled character who allows himself to be arrested as part of a greater, darker scheme in pursuit of the kind of power money can’t buy.

‘Casualty of Peace’ grew out of extensive research I was doing into the First World War for another project, and the realisation, after reading many, many contemporary accounts, that there came a point in the war when families knew almost with certainty that, if their loved ones were to return at all, they wouldn't do so physically and mentally intact. I was fascinated and horrified by the idea: how do you process that knowledge? What's the ‘correct’ reaction in such a situation? ‘Casualty of Peace’ was an attempt to address those impossible questions, while also telling the sort of creepy ghost story that I love. 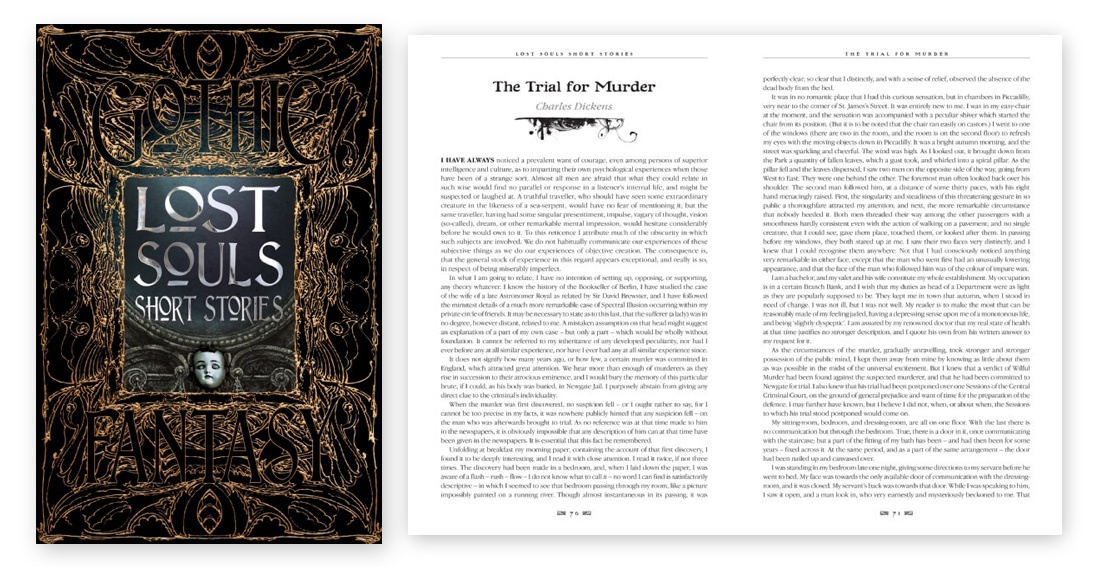 If you'd like to hear more from the Lost Souls authors, tune in for Part 2 of the Q&A next week when they’ll discuss their favourite tales and writing habits!