We’re pleased to announce the line-up for the latest short story anthologies in our Gothic Fantasy series: Haunted House, and Cosy Crime. With over 800 submissions received in response to our call for stories, last month was a busy one! We’re delighted with the final selection and, whether it’s the thrill of a spooky story or the comfort of a classic whodunit, this is a list of stories to settle down with as the nights begin to draw in. Haunted House, with its ghastly ghouls, drifting souls and charming poltergeists, pairs with the armchair detectives and gentle puzzles of Cosy Crime for a January 2019 release, with the following exciting mix of contemporary and classic authors:

At Lorn Hall by Ramsey Campbell

A Handful of Dust by Tom English

The House at the Top of the Hill by John Everson

The Bones of Home by Adele Gardner

The Woman out of the Attic by Gwendolyn Kiste

The Great Indoors by Zach Shephard

Pictures at Eleven by Mikal Trimm

Honey of a Jam by Stephanie Bedwell-Grime

Death in Lively by C.B. Channell

The Body in Beaver Woods by Gregory Von Dare

The Whittaker-Chambers Method; Or, Mulligan’s Last Mystery by Tom Mead

The I's Have It by Annette Siketa

Murder on the Lunar Commute by B. David Spicer

Just the Fax by Nancy Sweetland

A Mouthful of Murder by Elise Warner 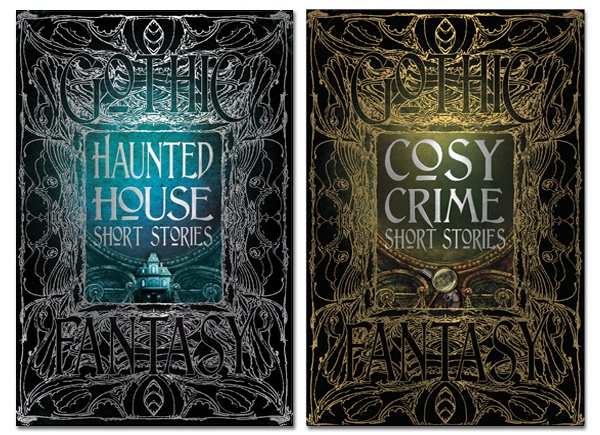 Again, congratulations to all the successful submissions and look out for more upcoming calls for submissions!