Rather like Dracula and vampires, Frankenstein’s Monster has become the name and face for a character type: the reanimated corpse. In this blog post we are looking at the conception and history of the character and the use of Frankenstein in horror fiction to learn a little more about one of horror's finest creations and the reach it has had. 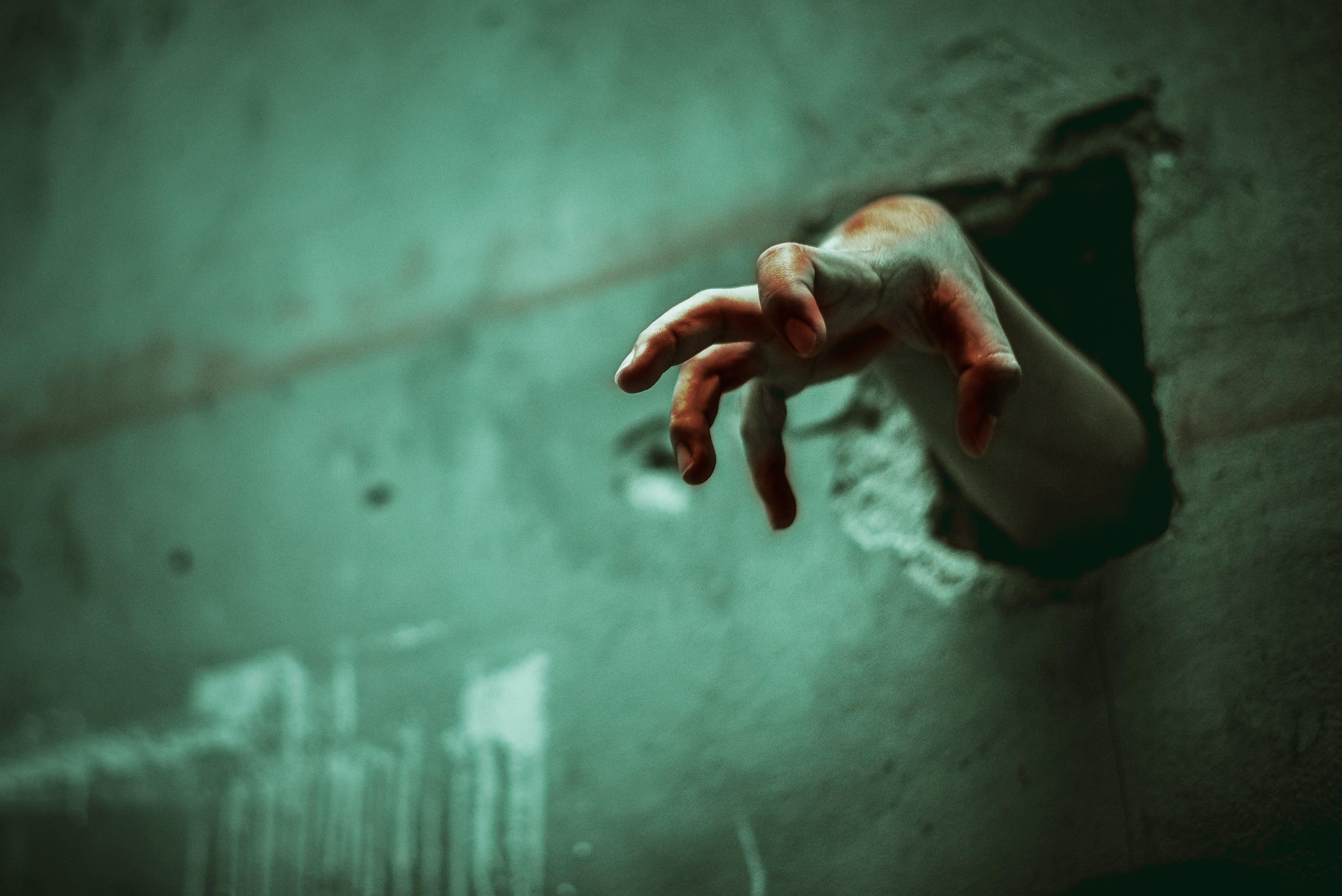 Frankenstein was dreamt up, almost literally, by an 18 year old Mary Shelley. While staying in Switzerland with her husband Percy Shelley, John Polidori and Lord Byron, it was suggested they each attempt to write a horror story. The eagled eyed among you, or those who follow the blog, will recognise John Polidori’s name as the writer of The Vampyre, the first classic vampire story. This was the story he wrote during this trip. Shelley was frustrated that she couldn’t decide on a story to write but one sleepless night, in a daze, she imagined a man made of many parts being re-animated. She furiously began to write what was intended to be a short story but in fact grew to a full novel. I think it’s fair to say that the history of gothic horror, and horror fiction in general, owes a lot to the suggestion that they spend their trip writing a few scary stories to amuse each other as it lead to the creation of the some of the most important stories in the genre.

What may not be immediately clear about Frankenstein, from a cursory reading, is how historically specific and personal the story is. During the time she spent writing the novel Shelley would lose several of her own children and this pain can be seen in the way children are written in the book. It’s a haunting lens with which to view a story that centres around a “monster” that we come to realise also shares many characteristics with a child, and a creator questioning whether they were right to bring their creation into the world only for it to suffer as it does. Historically, its significance lies, among other things, in its scientific content. Galvanism and re-animation was discussed at length in the circles that Shelley moved in. Not only was it a topic she discussed with Percy Shelley, Lord Byron and their other friends but also with her father, William Godwin. He was immensely interested in the subject and many of the guests to their house would have been scientists and thinkers also engaged in this field. Some have suggested that Godwin’s story, St Leon, may have acted as a precursor to Frankenstein due to its “elixir of life” and the themes of extending one’s life beyond mortal limits. 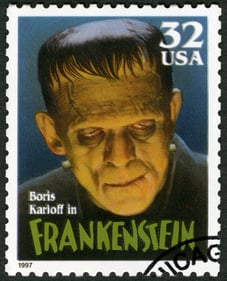 This leads neatly on to one of the more interesting points about the character in the context of horror fiction; how did it develop from Mary Shelley’s original text? The original descriptions, as with many characters, are starkly different from the modern image that we have of the character. The first is of the appearance of the monster.

His yellow skin scarcely covered the work of muscles and arteries beneath; his hair was of a lustrous black, and flowing; his teeth of a pearly whiteness; but these luxuriances only formed a more horrid contrast with his watery eyes, that seemed almost of the same colour as the dun white sockets in which they were set, his shrivelled complexion and straight black lips.

The monster is not a lumbering green oaf with bolts in his neck but was instead intended to be an image of the perfect man, which goes awry. This is also reflected in the much more eloquent creature we see in the book compared with later iterations. Another key difference that developed is the process of reanimation. One of the links between Frankenstein and her Father’s book, St Leon, is that the process for reanimation (or life extension) is a deliberately vague elixir of sorts. The text leaves Dr. Frankenstein’s process ambiguous by simply stating his use and design of the “instruments of life” with Shelley once writing about the “engine” of life. The later use of electricity may be down to Shelley writing that the doctor would inject the “spark of life” into the creature, but this spark was metaphorical.

The changes to these descriptions are most explicitly seen in the 1931 film, Frankenstein, that would come to define the character. Boris Karloff’s version of the monster is the touchstone for most iterations since. The use of electrical re-animation (in this case using a Telsa coil for the effects) came to embody the “spark of life” in a more literal sense and the appearance of the monster would become the archetype for how we imagine it now. Karloff was a giant with green skin, bolts in his neck, and a sympathetic nature. Rather childlike, this version develops into the more villainous character that we might expect eventually being hunted by villagers. Once again, universal managed to develop a version of a classic horror character that would become the staple image we now think of but in turn they sacrificed some of the more philosophical points of the story.

There have been many debates about who the monster is and what it represents. These have ranged from the creature being the embodiment of mankind to Dr. Frankenstein’s godlike character all the way to it being the characterization of the newly formed America with the doctor representing Benjamin Franklin. These ideas are testament to the intigue that people have over the story and the different ways its themes can simultaneously explore our everyday life and grand questions about our existence.

In the more than 40 adaptations of Shelley’s character, the monster has ranged from a literal killing machine all the way to a resurrected dog. It has had global reach and is considered one of the most recognizable characters in horror fiction. The use of re-animation, not the monster specifically, has also become the basis for countless stories. It has become a time old tale about playing god and the dangers that can arise when man tries to extend beyond mortal capabilities.