In this week’s blog we are completing our look at The Trio of horror! After looking at vampires and Frankenstein and his monster we turn our attention to werewolves. With a global history spanning hundreds of years, werewolves have been terrifying people for millennia. In this blog we trace their history in folklore to modern horror fiction. 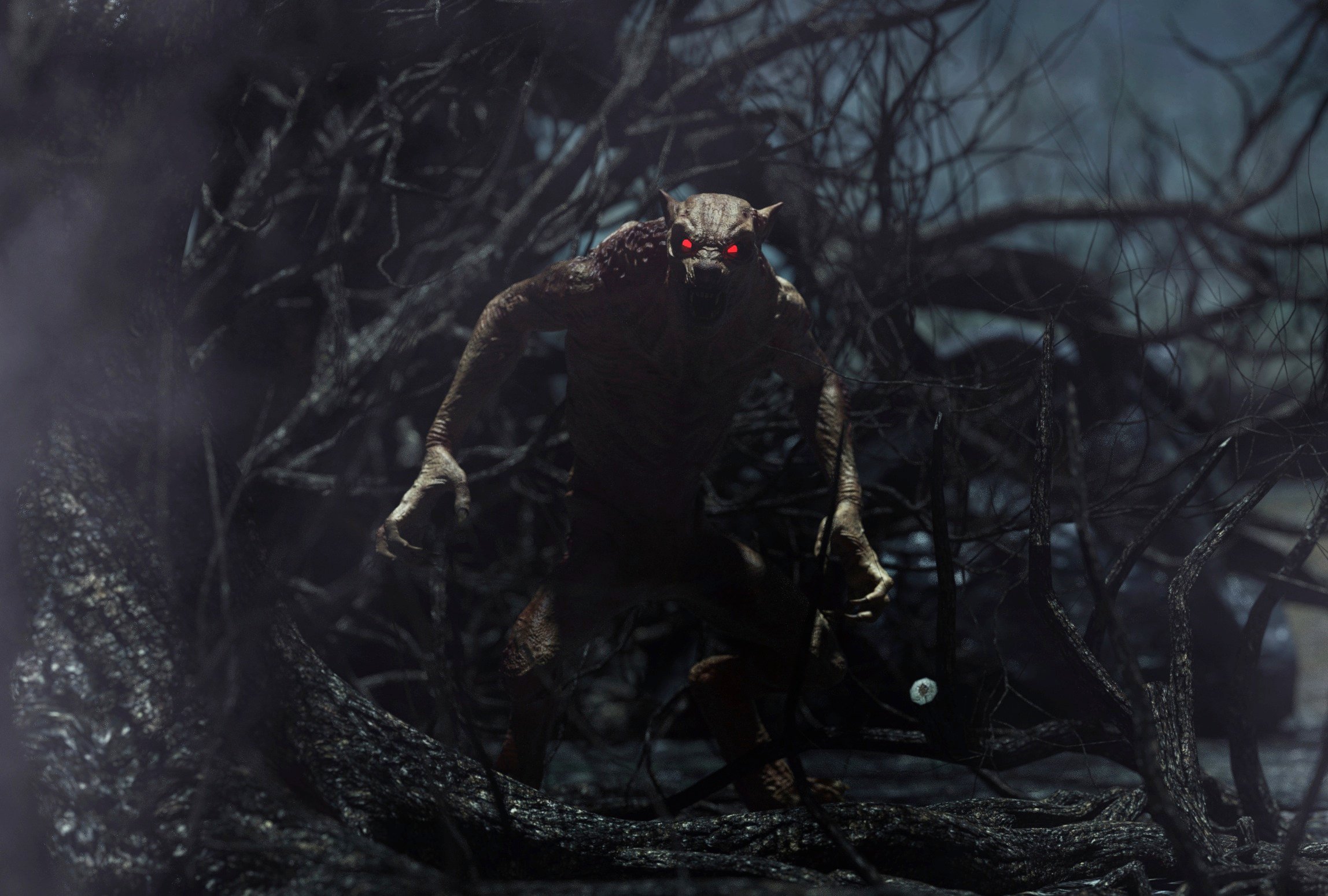 The word “werewolf” comes from an Old English portmanteau of the words “wer(e)” meaning man and “wulf” meaning wolf. While this word would have have appeared in the 1st millennia AD the origins of werewolves go back further.

The oldest of these origins is found in Greek mythologies when Herodotus wrote about a curious tribe. He wrote that the Neuri people transformed in to wolves once a year for several days but there is little else said about this so it isn't clear if this is literal or more of a figurative idea. The first instance of a werewolf being an evil being comes elsewhere in Greek mythology. Around 200 BC the story of Lycaon appeared which centres on a man who murdered children. After visiting him and discovering his ill practices, Zeus, King of the Gods, curses the man by transforming him in to wolf. This is where the term lycanthropy, or the affliction of being a werewolf, comes from.

Stories of lycanthropy remain few and far between until the late middle ages. The German word “werwolf” begins to pop up sparingly but never in stories or in poetry. The idea does crop up in Norse mythology where they are warriors but this is not due to being literally wolf men but channelling the spirits of wolves in battle while wearing wolf pelts. By the 1500s this myth of werewolves had started to get closer to the creature we think of today. The belief in werewolves grew in tandem with the belief in witches. As people were tried for witchcraft others were charged with being werewolves. Many people claimed sightings of werewolves or attacks by these ferocious beasts and would set the blame on the wolves being shape-shifters who were purposely targeting them. Unsurprisingly, these reports and claims often came out of more rural settings and mountainous regions were wolf attacks were already a problem. As such, many didn’t give much credence to these stories with King James I decreeing it little more than overactive imaginations. While beliefs in witches escalated, across Europe the belief in werewolves began to die out.

In a similar manner to vampires, werewolves became features of horror fiction in the 19th century. Unlike with The Vampyre (1819), Dracula (1897) or Frankenstein (1818) it is harder to point toward single texts as ones that defined the character of werewolves. It was more that the character of a werewolf became a more apparent feature. As Werewolves were in the cultural zeitgeist of fiction their themes of day and night or the good and evil within a person linked with a physical change also found their way into other stories. Dr Jekyll and Mr Hyde (1886) is an interesting example of how this development in fiction can affect stories that aren’t directly related to the genre or specific character of a werewolf. During the 20th century, especially with the advent of film, the werewolf became a mainstay of horror. It is also here, in the early to mid part of the century, that many of the key features of the werewolf are cemented. It wasn’t until movies like House of Frankenstein (1944) that we see silver bullets being used to kill the werewolf and it was around this time that the moon was more clearly linked with being the trigger for werewolves transforming. From here werewolves exploded in popularity. Each of the major studios had their own werewolf films and there was a boom in written fiction featuring werewolves too.

Werewolves have changed over the millennia from literally people transformed into to wolves to becoming these anthropomorphic creatures with a lore surrounding them. These characters now range in being bad or good and a developing trend has also been seen with them being misunderstood creatures. Great examples of this is the film Van Helsing (2004) or the character Lupin in the Harry Potter series. Both feature very different werewolves but with a common factor of sympathy for the man behind the wolf.

The history of werewolves is a long one. It spans over two millennia and the creature has seen many different forms. It seems surprising that it has only really been in the fleshed out incarnation that currently comes to mind in the past 70 years. If you enjoy werewolf fiction, you will love Johnathan Janz’s Wolf Land. In one of the most recent additions to the canon of werewolf stories, we set ourselves in Lakeview. Aside from a quaint amusement park, the small town of Lakeview offers little excitement for Duane, Savannah, and their friends. They’re about to endure their ten-year high school reunion when their lives are shattered by the arrival of an ancient, vengeful evil. The werewolf. The first attack leaves seven dead and four wounded. And though the beast remains on the loose and eager to spill more blood, the sleepy resort town is about to face an even greater terror. Because the four victims of the werewolf’s fury are changing. They’re experiencing unholy desires and unimaginable cravings. They’ll prey on the innocent and the depraved. They’ll settle old scores and act on their basest desires. Soon, they’ll plunge the entire town into nightmare. Lakeview is about to become Wolf Land. You can check out the book here.