Past, present and future merge into a glorious blend of adventure, aspiration, and paradox in our new Time Travel short story anthology, available to order here. To celebrate its release, we asked the contemporary authors about their work: below, we discover what led to the creation of some of the stories included, while Part 2 of the Q&A covers the authors’ preferred writing methods, and their thoughts on the genre. This is the last collection of tales formed from our early 2017 call for submissions, and as with the previous Q&As for Supernatural Horror, Lost Worlds, and Heroic Fantasy, we’re delighted to have this deeper insight into the stories that we chose. 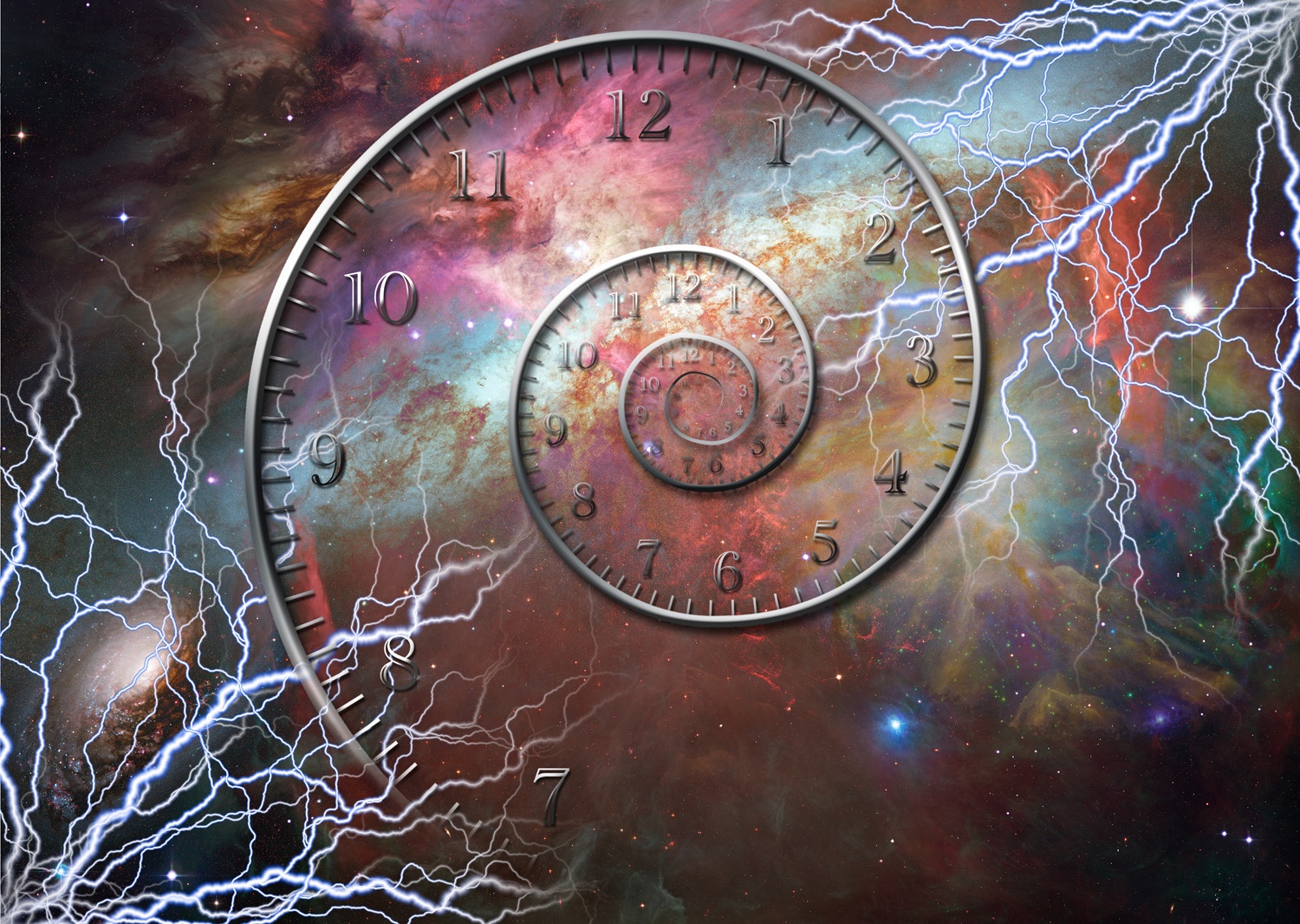 What was the inspiration behind your Time Travel story?

Bo Balder – The Meaning That You Choose

I've always loved time travel stories, but I never could believe the movies about being able to blend in with the time locals without being found out. So the start of this story was a way to suss out errant time travelers. But then the bigger question became, why are so many people escaping from their own time?

The wonderful thing about time travel is that it can be approached from so many directions. For this story, I was thinking about how people might exploit time travel to further their personal interests without attempting to change the timeline. That got me thinking about future time-travel geeks and who they would most idolize and want to go back in time to visit.

Nino Cipri – The Shape of My Name

The initial inspiration behind this story was a road trip with my BFF. I think we were somewhere in southern Illinois when we started talking about what it would be like to belong to a family of time travelers. Moreover, what it would be like to be transgender, and transitioning when all of your relations were on nonlinear time lines. I was slowly starting to come out as trans at the time, and the biggest part of that was changing my name, and reckoning with all of my complicated emotions about that. I wrote this story at the end of the Clarion Writing Workshop in 2014, and it was also a culmination of all the work and sweat and tears and laughter that had gone into those six weeks.

The image of Colby being grabbed and dragged away by a water-like substance popped into my head, seemingly out of nowhere. Maybe it’s a subconscious blend of my aversion to feeling trapped (physically or metaphorically) and my fascination with the power of water, or maybe nothing so deep. Either way, once the scene was in my brain I had to go about figuring out why, and in what kind of universe, such a thing would happen.

'Try, Try Again' is a bit of a political/time travel mash up. Insipiration struck while I was watching the early reaction to the Hillary Clinton 2016 presidential campaign. As Secretary of State, she had pretty decent ratings, and I was just so appalled to see how they instantly plummeted when she ran for president. "Seriously??" I thought to myself, "What do you have to DO to become the first female president?????". You have to have time travel powers, obviously. Hillary lost the election eighteen months after I wrote my first draft. If she'd have consulted with me, I would have told her to go with the time travel strategy and she would have won. In the interests of full disclosure, I should share that I am from Australia, and everything I know about US politics comes from The Good Wife and The West Wing. So you can blame Aaron Sorkin if I've gotten anything really wrong. 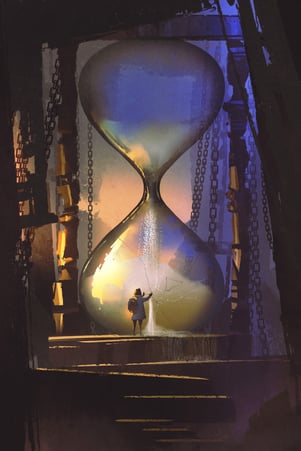 Tony Genova – All for Bellkins

I’m always interested in finding out what motivates people, especially when it comes to doing what seems impossible. I tried to come up with a plausible scenario under which time travel might be achieved and a motivation that would drive someone to work as hard as it would take to break through and achieve it.

Beth Goder – Murder or a Duck

The inspiration for 'Murder or a Duck' came from a writing prompt that provided the first line, a childhood game called 'Would You Like to Buy a Duck?' and a lazy afternoon. I wasn't planning to write the story at all, but I found myself stuck at a relative's house without a book, and that first line kept tapping at my brain. After several hours, I realized that I'd worked out the whole plot.

The first lines of ‘Cattail Heart’ came to me as I was holding my baby son. I wanted to examine Canada’s shameful practice of taking Indigenous children from their parents, with a lens on how we white Canadians engage with our past. In stories, time travellers often gawk at suffering they won’t change out of fear of creating paradoxes. I wanted to interrogate the ethics of treating historical suffering as necessary and look at how the stories we tell about the past keep us comfortable.

Larry Hodges – Eternity and the Devil

I like to take cliché story ideas and find a new spin on them. In this case, I knew that 'Deal with the Devil' stories were cliché, but what if someone did so for the good of humanity – sacrificing himself in the process? I also liked the idea of a fantasy/science fiction crossover, so I came up with the idea of a physicist who sells his soul in return for solving the Holy Grail of physics, the Grand Unified Theory that would unify the four forces of nature into one equation, the problem Einstein spent much of his life trying to solve. Solving the GUT greatly helped humanity – but what if the physicist then used the results of this to try to escape the Devil – in a time machine?

I’ve always been quite fascinated by lightning. How people presume lightning is coming down from the sky, but most often the visible flash is from the ground upwards. It made me think of time, because time, too, is something people think of as only going in one direction.

Have you ever had a dream? I don’t mean the ones you put into a motivational poster. I’m talking about those persistent dreams, the sort that revisit you night after night. This one managed to invade my head so thoroughly that it didn’t leave me during the day. It lurked, unseen, waiting in the dark recesses of my mind. It was there when I blinked. I thought about it whenever I paused. I was so thoroughly enmeshed in my dream that I was at least partway convinced that it might happen, any day now. Of course, that’s ridiculous. Nobody goes to sleep and wakes up in the womb. And yet… there it was. I liken it to having a song stuck in your head: when you hear that song again with your ears, it will either clear it out or imprint it more deeply. I put fingers to keys, hoped against hope… and now I am a free man. The story came out in one quick run of about two hours of intensive writing, was cleaned up a couple of weeks later, and that was it. I hadn’t even thought it was a time travel story until I noticed the call for submissions for this anthology, and submitted it on the off chance that it would be something that you were after. Of course, I did make little adjustments in there. I made the characters real people. The main character isn’t me as I experienced it in my dreams. His wife is not the same as my wife. His parents are not my parents.

I found myself thinking about the 'punk' subgenres of science fiction. As I lined each one up in my head, I wondered how the characters of each might interact with each other. 'Omnipunks' was born in that moment. In addition to giving me the chance to experiment with the time travel genre, the story challenged me with developing four unique voices. The result is an adventurous mash-up of styles, timelines, and characters. 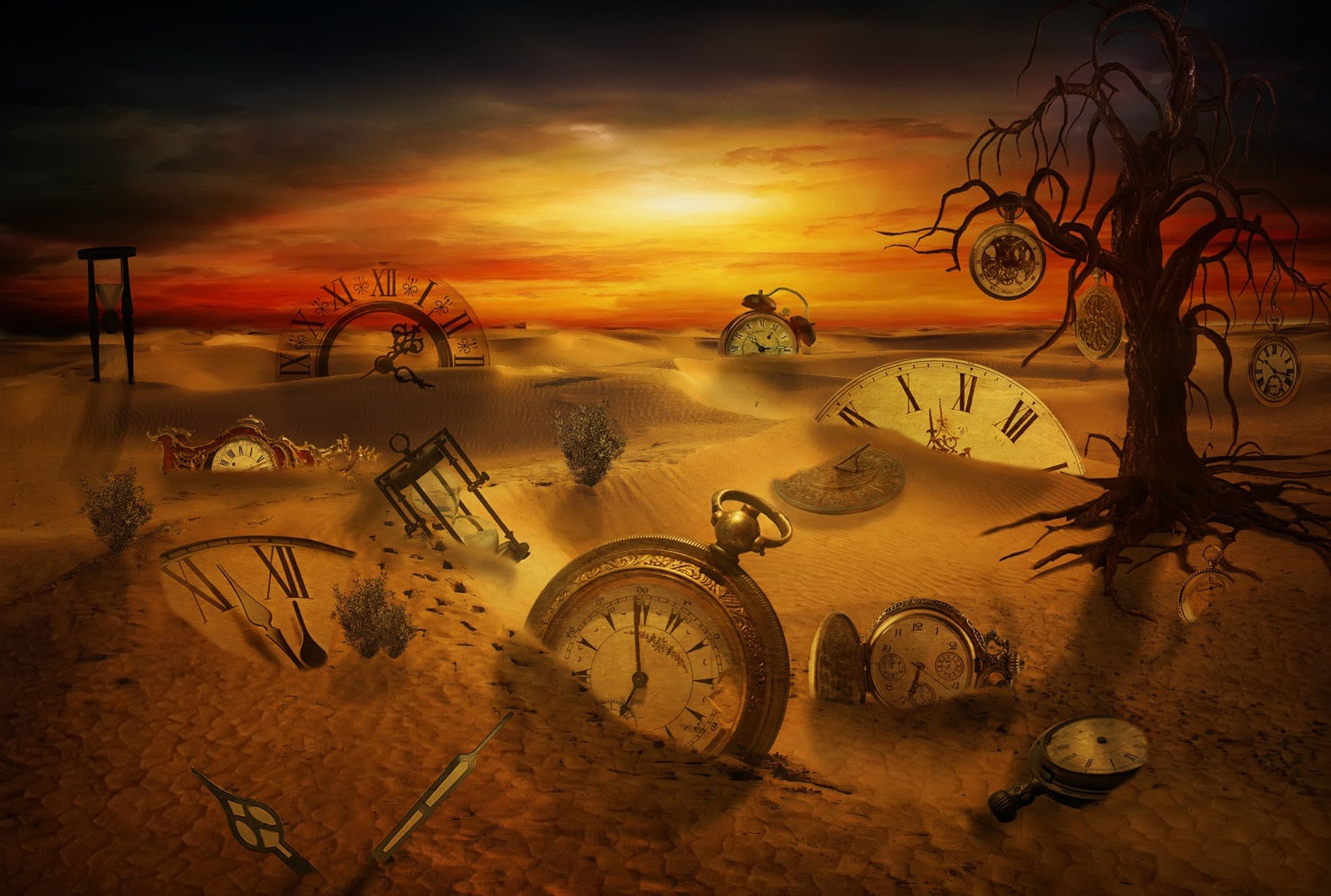 If you’d like to know more about the authors behind these stories, watch out for part 2 of this Q&A, where they respond to questions about their favourite Time Travel stories, as well as their writing methods.