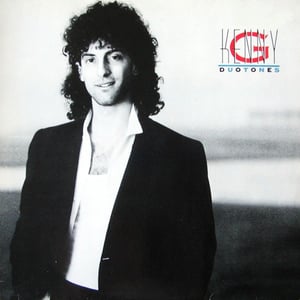 “Legendary” doesn’t always mean a wholly good thing and in this entry in to our legendary jazz albums list we are looking at one of the more divisive figures to come out of the genre. In this post we are taking a step back from the format we have been following and looking at the debate around Kenny G. Whether you like his music or not, you cannot deny the impact that Kenny G has had on jazz music.

Whether we like it or not Kenneth Bruce Gorelick (1956 - present) is a representative for a whole sub genre of jazz music and we should talk about it. Born in Seattle, Washington, Gorelick first picked up a saxophone at age ten, after seeing a saxophonist on television. He would later start his career in music by playing in Barry White’s 40-piece orchestra at the age of 17. After this he attended college, where he studied accounting, but failed to make the jazz band on his first try. By the end of his time at college he played first chair saxophonist for the band.

In the early 80s Gorelick was signed to Arista Records and released a solo album under the name Kenny G. The album charted in the US jazz charts and went gold but didn’t make any huge waves in wider music. A slightly larger audience received his next two albums. Both went Platinum in the US and charted on billboard, but his smash hit record Dutones was a landmark moment in the genre. It went 5 times Platinum and had office workers across the US tuning in to smooth jazz and easy listening radio stations.

Kenny G is still resoundingly popular. He is one of the biggest selling artists in any genre having sold over 70 million records and remains enduringly popular in China. This is because an old live track of his called “Going Home” has become the unofficial closing song for many types of businesses across China. Not only is it played at the end of the day in food establishments but also on television and radio stations when they want to signal the end to their programming. What this means is that millions of people in china hear the song on a daily basis and many don’t know who it is that is playing.

Smooth Jazz and how angry it makes people

Many jazz fans will have read Kenny G’s name on this list of legendary albums and winced. In fact, the idea of Kenny G and smooth jazz not being “real” jazz or being detrimental to the genre is so played out that most people, jazz fans or not, would probably understand that anger. Kenny G is the time honoured butt of many a joke in pop culture and this only works because we understand the role he played in the genre. Kanye West getting Kenny G to perform on Valentine’s day for Kim Kardashian (yes, that really happened) is only funny and absurd because it's almost like a big in joke; Kenny G is bad and his music is trite and we all know it. Why then is Kenny G so successful?

The first thing to say is that he was in the right place at the right time. As the 60s closed out and the 70s rolled in, jazz wasn’t pop music anymore (at least, certainly not in the way it had been in the 50s). It had gotten very technical and academic and was most interesting to people intrigued by music theory. That doesn’t make for good pop music but it left a void for fusion and crossover jazz. Simple RnB backing tracks with smooth solo instruments over the top of them grew in popularity. It was easy to listen to, easy to understand and sounded quite cool. The problem was that fans of jazz often felt like it was selling out the genre and getting too close to pop music and this might actually be the biggest reason it receives so much hate. Aside from its lack of technical ability and tendency for rather mediocre instrumentation, fans of jazz resented its popularity.

Then along comes Kenny G and the wave of smooth jazz radio. It was gentle and palatable and paired well with a lot of other popular music so it became a hit with office workers. More and more easy listening and smooth jazz radio stations started popping up and their audience only seemed to be growing. Having already released a few albums, and still riding the success of his 1986 hit Duotones, Kenny G was everywhere. He rode that success through the 80s and 90s and is still releasing music today.

As the 90s came to an end so too did the smooth jazz phenomenon and its radio stations. Other music grew in popularity and smooth jazz was relegated to hold music and low budget film soundtracks. Smooth jazz, and Kenny G in particular, has received lots of criticism over the years. While much of it is in jest, lots of it outright attacks his work and the work of other smooth jazz musicians. I’m not going to defend the music but I think it’s worth taking the time to think about what it is that’s being attacked.

Breaking down this hate

I literally just went looking for an article bashing Kenny G and, while they weren’t hard to find, this one from the Las Vegas Sun really hits the nail on the head in a few points. His music is everywhere, he doesn’t have respect for the genre, music critics agree he’s bad and other musicians think he’s bad. Essentially, a certain section of the jazz community feel that he, as the face of smooth jazz, has stolen jazz and made a very mediocre version of it. What makes this worse is that it was so popular. Smooth jazz albums outsold classic jazz by a mile. This imposter was using the genre as a way to sell a poor imitation of a genre and people loved it, but did that really harm the genre?

The article ends with a quote from Branford Marsalis, which manages to refute all these points quite quickly.

He’s not stealing jazz. The audience he has wouldn’t be caught dead at a real jazz concert or club. It’s not like some guy says, ‘You know, I used to listen to Miles, ’Trane and Ornette. And then I heard Kenny G, and I never put on another Miles record.’ It’s a completely different audience.

Kenny G has, whether you like his music or not, reached a legendary status. The explosion in radio stations dedicated to smooth jazz and easy listening after the release of Duotones might be a testament to its success but it also didn’t close down classic jazz stations. There is room for all kinds of music and we don’t have to listen to or like all of it. For better or worse, Kenny G made a big impact on jazz music. He marks a legendary moment in jazz history and as such deserves a spot on this list.

In case you wanted to listen to Dutones in light of this, I’ll leave a link here. Also, just in case that swayed you in to thinking that maybe we should stop hating on Kenny G, I thought I’d just leave his take on improvising over Giant Steps here. It’s certainly a…treat…that’s for sure.