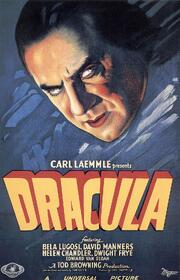 Drawing upon a growing interest in vampires during the 19th century, many writers of the time wove them into their stories. Yet none other from that time, or in fact since, have stood as tall and as influential as Dracula. Even many modern vampire stories which try to get away from more traditional vampire characteristics still have nods to the Dracula trope. So what is it about Stoker’s Dracula that refuses to be ignored?

When Dracula came out in 1897 it was during a time of great industrial change. For better or worse the world was moving forward and London was at the centre of it. The first narrator in the novel, Jonathan Harker, is helping Dracula to purchase land in London so that he may live there. This ancient horror, Dracula, is invading the new world, feeding off of it and corrupting it. In fact the authorities must turn to Dr Abraham Van Helsing, a modern scientist well versed in folklore and tradition in order to put a stop to Dracula. These themes underlie the action, giving this traditional horror story a context and relevance to the time in which it was written.

Another important aspect of Dracula is the sexual aspect of vampires, which Stoker plays up in the novel. Much of the plot has to do with engagements, people marrying each other and presumably gaining their first sexual experience. More modern vampire fiction puts its characters into the teen years, which is now the time we associate with the gaining of such knowledge and experience, but for the Victorian era this would have been considered wrong. Thus Dracula acts as an agent of such knowledge, touching and changing the characters on whom he focuses. He targets women specifically, a common theme in vampire fiction, and uses his powers to seduce and feed on them.

The Mystery of the Vampire 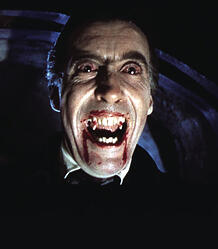 Perhaps what all of this comes around to is the fact that the vampire himself is rather mysterious and hidden. The book does not follow Dracula, and we never get his perspective, meaning that he is one of the few characters who remains an enigma. We don’t get a chapter told from his perspective, and despite his name being in the title of the book we do not see him often. Perhaps that is why he has stood as the King of Vampires, even while not the original, for he has always remained a mystery that readers love to unravel.