Well, most recently, we had just finished watching the first season of gripping TV show The Walking Dead, where Rick Grimes (Andrew Lincoln) awakes from a coma to discover the very same thing. And then I realized that, before that (or around the same time as the first Walking Dead comic book editions, as it happens), was 28 Days Later, where Jim (Cillian Murphy) also arises from his coma to a deserted hospital and heads out to wander to stricken streets. In fact, it turns out, 28 Days director Danny Boyle was directly inspired by The Day of the Triffids, so there you go.

It is unsurprising that this opening set-up is popular, as it enables the introduction of a character who has managed to escape the initial catastrophe and gets a chance of making his way in the new world; it is an effective means to truly engage the reader or viewer in the sheer range of emotions that would envelop anyone faced with such a situation: confusion, anger, disbelief, fear, panic… 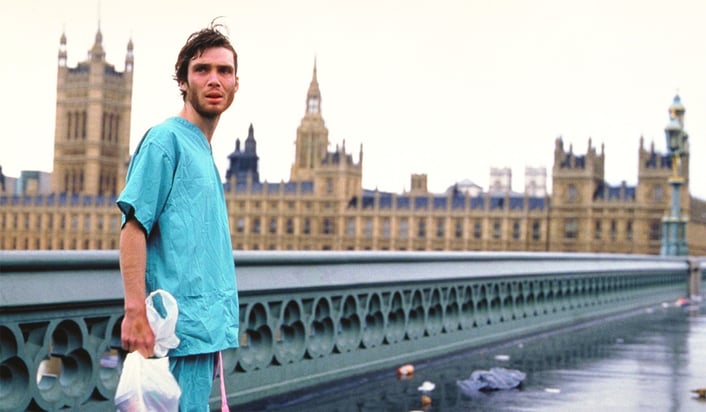 Many Incarnations of Zombie

In …Triffids, both the disorientated, groping newly-blinded humans, and the underestimated, flesh-eating plants themselves have strong echoes of the zombie about them while not being zombies at all. In The Walking Dead and World War Z we have fairly classic Romero-style decomposing zombies who amble around in search of flesh, while the 28 Days Later 'zombies', or 'infected' if your perfer, can actually run – a controversial break from usual zombie rules. All these zombies work on instinct only and show no evidence of memories, emotion, or the ability to learn – unlike some later Romero zombies. Yet even with such a one-track existence that can only bring harm to the human protagonists, we tend to get glimpses of the human lives that have been lost – whether it is through remnants of family photographs or mournful, seemingly beseeching expressions. If you want a refreshingly different take on the zombie then seek out Warm Bodies – Isaac Marion’s novel or the subsequent 2013 film – here you have sentient zombies who pine and love and even become the heroes and saviours of humans. 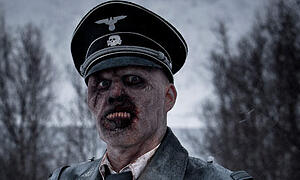 Then there are films that engender no such sympathy whatsoever towards our zombie friends, who exist solely as the horror device, to create suspense, shock – and a lot of blood. I’m reminded of of one interesting genre-mixing Norwegian zombie flick I saw some time back called Dead Snow (2009) – apparently a ‘zombie comedy’, though I only remember my occasional nervous laugh in between gasps, and groans – this takes the reliable horror slasher format of a group of youngsters holidaying in a remote frozen cabin who are then attacked by… Nazi zombies. Of course. It takes all sorts.