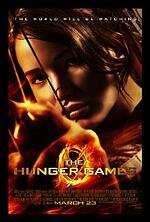 Over th next few weeks we'll be looking at a variety of dystopian worlds and the different ways the narrative they feature in form them.

We could come up with possibly thousands of subcategories to try to define dystopia: post-apocalyptic, pre-apocalyptic, political, eco-dystopia, apocalyptic zombie, apocalyptic vampire. And that doesn't include the dark technological futures (RoboCop, for example) or the dystopias that verge on sci fi (for example, is Joss Whedon's 'Firefly' dystopian? Perhaps that depends on whether you're a Browncoat or not). Another subcategory of dystopia that has gained new traction recently, with the advent of The Hunger Games, is one that satirises our modern-day TV culture by taking it to violently extreme lengths. The Hunger Games sees the names of teens picked out at random to participate in a fight to the death that is watched by thousands who have the power to give contestants gifts that could mean the difference between life and a (very violent) death. Think about that the next time you are tempted to watch the 'X-Factor'. But it is by no means the only dystopia with this theme. It would seem that we can't resist thinking about the absolute worst-case scenario for our future. Let's take a look at three of the most popular dystopian books in this category.

Said by some to be the inspiration for The Hunger Games, Battle Royale by Koushun Takami was published in Japan in 1999. It became a surprise bestseller, deemed The Lord of the Flies of the 21st century, and only grew in popularity in response to the huge controversy it stirred up in Japan. It has now been translated into over ten languages and been adapted into two films and a very successful manga series. 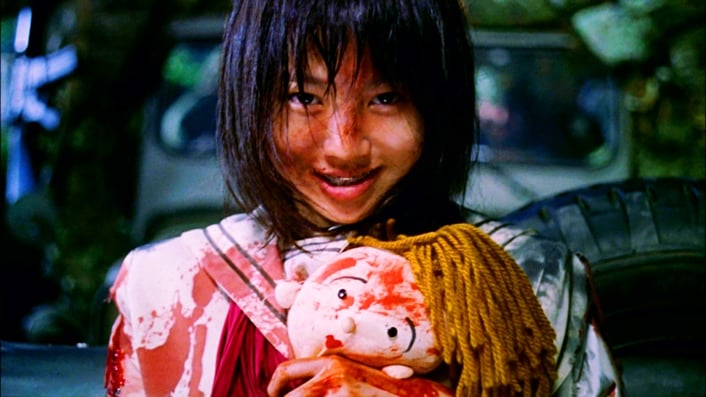 Image via The Edge

If you don't already know, the book tales place in Japan, which has become a police state known as Greater East Asia. Every so often a randomly selected class of secondary school students are forced to fight each other until only one student remains alive. And of course, it is all publicised on national television. A class of students from Shiroiwa Junior high School are chosen – they are put on a school bus thinking they are going on a school trip, gassed and taken to a school on a deserted island where everything takes place. They awake to find metal collars around their necks that will explode if they do not obey the rules.

Having read Battle Royale it is easy to understand why it is so popular. It is not just a violent, action-filled book – although there are certainly elements of this – it also develops characters until you are rooting for many and biting your fist at the thought that only one can survive. And let's face it, who doesn't want to know what happens to hormone-ridden teenagers told to kill each other? 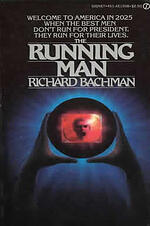 World renowned writer Stephen King wrote a novel in his earlier days called The Running Man which was first published under his pseudonym Richard Bachman in 1982. The book is set in America in 2025, a year in which the economy is in tatters and violence and unrest are rising. The chapters in the book are a countdown of Ben Richard's journey on the game show The Running Man. Contestants are chased by hunters, who are hit men employed to kill them. Ben enters the contest because he is unable to find work and needs money to get medicine for his seriously ill daughter. His wife has turned to prostitution and so he enters the game show out of desperation. He goes through rigorous testing and is then deemed acceptable. He is released with a 12-hour head start before the hunters come after him. He earns $100 for every hour that he stays alive and $1 billion if he manages a full 30 days.

Ben has to send in two videos of himself each day so that they can be shown on TV and, of course, viewers receive cash rewards for tipping off the hunters. I won't tell you much more about what happens but needless to say, as it's by Stephen King, it's a riveting read that you really won't be able to put down.

And of course, there is The Hunger Games trilogy by Suzanne Collins that has become wildly successful. The books take place in Panem, a nation in north America that was established after an unknown apocalyptic event, that is now split into districts. When Primrose is picked to take part in the violent match to the death, The Hunger Games, Katniss volunteers to take part, so her sister won't have to. There are many moments in the novels, and the films, where reality TV is satirised and we get an uncomfortable look at our own society. The books also deal with poverty, oppression and the effects of war. All three in the series are fantastic, gripping reads, but I'm sure most people already know that! 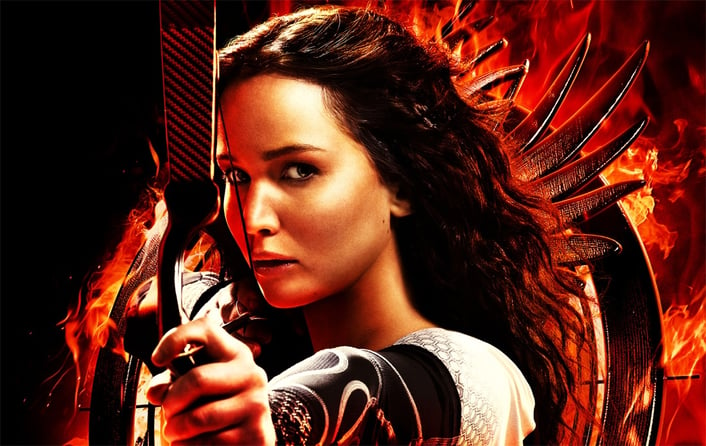 The third instalment of the films, Mockingjay Part 1 will be released on 20 November 2014. The movie will find Katniss in District 13 after the catastrophic events that took place in Catching Fire. Katniss brings in more money than any other action heroine, which is a phenomenal feat, but no surprise as she is amazing in these films, which stick closely to the books.

You can read more about The Hunger Games and other dystopian books, TV shows and movies in our upcoming new Gothic Dreams book Dystopia (ISBN 9781783613212). The phenomenon is discussed by author Dave Golder, alongside fantastic contemporary art.

The Running Man cover via stephenking.com

The Hunger Games Poster via IMDB.com