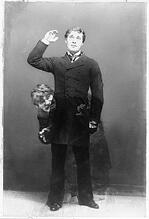 Gothic literature has been a huge part of British history since its conception, and with Halloween around the corner, what better time to celebrate it! The British Library has just opened their exhibition Terror and Wonder: The Gothic Imagination, and it presents the evolution and spread of the Gothic genre over the 250 years it's been in existence.

The Castle of Otranto

The first ever Gothic novel, (or, at least, the book that’s generally regarded as such), The Castle of Otranto was published in London in 1764. It tells the story of the king of the castle, Manfred, and his desire to continue his bloodline despite a cryptic curse. The narrative starts with the death of Manfred's son, Conrad, who is crushed by a giant helmet on the morning of his wedding day. Now that Manfred no longer has a viable heir, he is determined to divorce his wife and marry Isabella, the princess that Conrad was supposed to marry. Eventually, Manfred kills his own daughter and is forced to repent, and Isabella marries the true prince of Otranto.

This novel is the first book to feature predominant Gothic tropes: mysterious sounds, doors opening by themselves, and the fleeing of a beautiful heroine from the publication's antagonist. It also features the blending of the supernatural and reality, something that also marks a work as Gothic.

An absolute classic, and the creation of a figure who has survived for hundreds of years. Mary Shelley actually wrote the story in a little competition between her, Percy Shelley, Lord Byron, and John Polidori in order to see who could write the best horror story. Mary won, needless to say (though John Polidori's The Vampyre is also a must-read), and now we can celebrate her victory for as long as we can continue to read.

Frankenstein's monster could not have come out of any other genre of literature that existed at the time, and Frankenstein's experiments couldn't have either. The mysterious, dark and gloomy settings and overall tone of the novel are wonderful examples of Gothic tropes, and the novel definitely allows the reader to feel unsettled, just as all Gothic novels should. 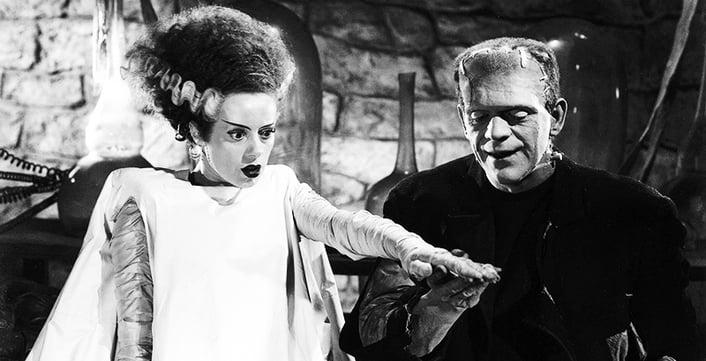 Vampires aren't real, but even so, the idea of them has lasted throughout the years – just look at Twilight. Dracula is probably the most famous vampire of them all, and although Bram Stoker didn't invent the vampire, he definitely shaped the modern view of them through the character of Dracula.

The book makes use of a lot of Gothic features including a gloomy castle, a beautiful woman who is threatened by evil, and overall dark imagery. Dracula is a spectacular specimen of the Gothic genre because Stoker blends the unreal and real so well, and it shows how many improvements have been made in the genre since The Castle of Otranto.

Although other genres of literature have become more popular over the years, Gothic books are still being published and are still thrilling readers. Not to mention that the classics are still being reinvented (Dracula Untold, anyone?). In the 250 years that the genre has been in existence, stories have definitely become more complex and more terrifying, but it's always good to revisit the classics, as they're arguably just as good as what is published today.

To check out our selection of Gothic literature, click here!

This post was written by intern Taylor Steinberg.
Images via British Library.