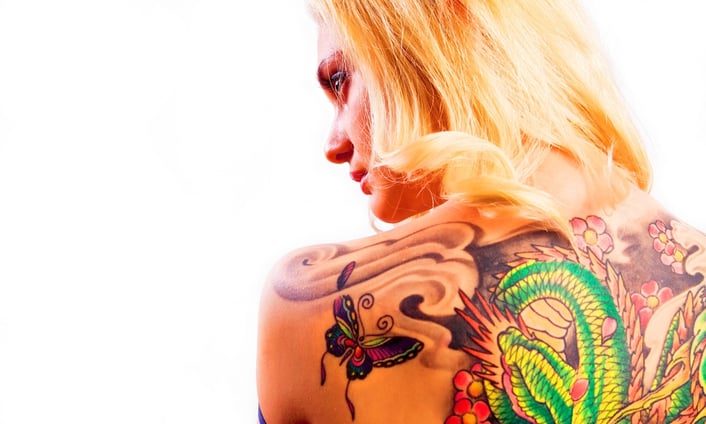 Where do tattoos exist in today's society? The short answer could be: everywhere. Once consigned as the embellishments of rockstars and delinquents, tattoos have enjoyed a renaissance of late and now about 20% of adults have one. So what happened?

One thing that has certainly risen in tandem with tattoo's popularity, is their credibility. There's many sociological factors that have influenced this cultural shift, but one significant finger can be pointed at celebrity culture and their interaction with fans online. Where once there existed a huge divide between the famous and the fandom, now when using social media celebrity users try to appear as accessible and relatively normal. Not only does this mean having fun and getting tattoos, but these behaviour are also easy to replicate, creating a connection between them and the fans ('Oh, that's just the kind of thing I would do!'). Think of Cheryl Cole's hand tattoo, the design has been copied many times since she got it and Cole has been singled out as one of the celebrity pioneers of the hand tattoo trend.

However, some theorists posit that celebrities are actually just suffering from the same societal pressure as the public. This may lead us to conclude the opposite - that celebrities get tattoos to blend in with the public, so as to not alienate themselves from the masses. For instance there's Cara Delevingne's new tattoo and Rhianna's infamous Isis depiction on her tummy. Either way, itʻs certainly not a blueish-black and white issue and perhaps thatʻs part of the allure of this art trend.

Like it or not, tattoos are a form of artistic expression. In many ways they're related to the trends of street art - merging the contemporary issues like social ennui with new and old art styles alike. Tattoo art is not inhibited as a form of expression because most tattoo wearers arenʻt the artists themselves. Thereʻs no pressure for them to present a message because often tattoos reflect or copy designs that have been done in the past. By showing reference images to talented (and, really, under credited) tattooists, people from all walks of life can become emblazoned with a unique message that they feel possess an element of self-reflection, something previously only limited for those with artistic talent.

In some ways itʻs a give and take relationship, because usually a consumer would have no right in claiming credit for another artistʻs work, but because of tattoo's format they become the canvas. They become part of a merged relationship between artist and form, an entwining of culture thatʻs responsible for this 'living art'. This can certainly be one of the strongest lures for getting inked if you're artistically inclined. On a more universal level tattoos are are excellent mode of self-expression for any and everyone; a fantastic way to make yourself stand out from the crowd, or blend into the crowd, as you see fit. 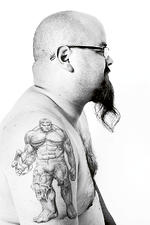 For example, take this Star War enthusiast, who got inked almost immediately after the new teaser trailer for Episode VII was released. Decisions like this are meant to be fun and already commentators have quipped that thereʻs a small chance the robot could be the filmʻs surprise baddy antagonist. Regardless, itʻs all done in good humour and the proud owner certainly doesnʻt mind.

At the other end of the spectrum, a young man from Dundee recently got a tattoo on his arm that tells the story of his town.

Sadly, there are some who still feel they are judged for being the owners of tattoos. Though it does seem that there relationship between the number of tattoos you have and the level of stigmatisation - so if you have a small flower on your hip, you should be fine.

Regardless, it seems that people are still getting tattoos anyway. In the last decade the number of tattoo parlours has risen by 173%.

Here at Flame Tree we love tattoo art, so much so that we've made a range of products feature a variety of beautiful designs. We have an amazing book available in print or on the iTunes store, plus an upcoming journal.

But for the new year you really should take a look at our 2015 calendar. Featuring 12 images of beautiful people with beautiful tattoos, this is a must own for any lover of inked skin. 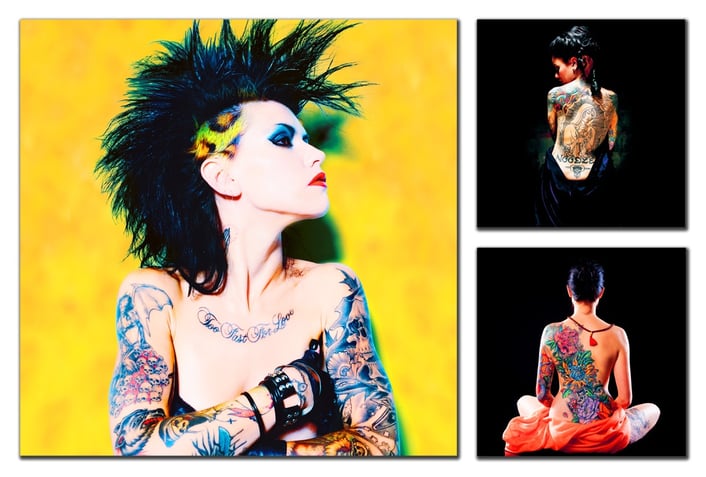 All of the images used in the post were taken from our stunning Tattoo Art book.