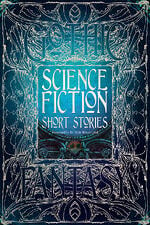 Now, finding out which is the first sci-fi novel can be tricky business. There's a lot of differing opinions out there meaning that titles can crop up from across the whole breadth of time depending on what you deem to be 'science fiction'. There are some truly ancient scriptures with claims to the title - such as the legend of Urashima Tarō, an 8th century story in which we see the eponymous adventurer travel 500 years into the future, or Lucian of Samosata's second century story in which a band of adventurers land on the moon and find themselves embroiled in a space war. The Telegraph has compiled a really interesting list of ancient sci-fi stories which you can read here.

Despite quite a massive jump down the timeline, another early contender could be Jonathan Swift's Gulliver's Travels. Written in 1726, the novel contains many fantastical elements. Intended as both a satire on bureaucracy and a parody of the travel genre, the story is strung together by plot points far removed from reality - leading some critics to argue that it is the first science-fiction novel. However, a mere two hundred years later we land upon a title that has much more support for its claim to the title 'first science fiction novel'. Mary Shelley's Frankenstein; or, The Modern Prometheus was published in 1818 (though it wasn't until the second edition was published that the author's anonymous identity was revealed). This is where we'll start our more in-depth exploration of the earliest and most influential sci-fi stories.

Frankenstein is often suggested as being the first sci-fi novel due the protagonists active involvement in narrative elements. Where previous stories of fantasy have spun tales of individuals caught up within fantasy, Dr. Frankenstein is the driving force behind this book's plot. It is by his own hand that he reanimates the dead, using his knowledge of science to make this possible.

Brian Stableford has written about how a lot of science fiction titles turn to horror. He claims that often it is a fear of science, or even just the threat of it that inspires writers to craft negative versions of the future.

We recently wrote a blog about the inevitabilities of Dystopian societies, which you can read here.

And though Stableford admits it's not obvious that this was Shelley's intention, it's possible that her terrifying vision of science paved the way for fellow science fiction authors to write about their own fears and anxieties.

After several years submitting short fiction to various french magazines, the mid-1800's saw Jules Verne enjoying one of his most productive stretches as a writer. Within an eight year period Verne saw the publication of some of his most lasting works: Journey to the Centre of the Earth (1864); From the Earth to the Moon (1865); Twenty Thousand Leagues Under the Sea (1869); and Around the World in Eighty Days (1872).

Twenty Thousand Leagues is certainly one of Verne's more intriguing titles, proving also to be a source of inspiration for travellers and explorers. Though placed nearer to reality on the science fiction spectrum, the story's concept still anticipated technology to come. In keeping with Stableford's theory, the novel turns towards the terrors of the ocean. Captain Nemo and his crew battle fearsome sea creatures, most famously the giant squids that attack the crew's vessel. Verne brings his scary sea creatures to life, capturing the terror they would strike into any sailor's heart.

Take a look at our fiction titles by clicking here

Before the close of the 1800's we see the emergence of one of science fictions most famous names, H. G. Wells. The Time Machine (1895) is one of the most widely loved sci-fi books of all time. Telling the story of an unnamed amateur inventor, 'The Time Traveller' moves forwards through time to encounter a future society of creatures called the Eloi. Well's novel established time travel as one of the most entrenched sci-fi tropes, his concept being used thousands of times over by authors since its first publication.

H.G. Well's background was actually in biology and he was noted as being outspoken on many issues, such as ethical treatment, socialism and pacifism. It's not hard to see these personal viewpoints reflected The Time Machine as well as his science fiction classic, War or the Worlds (1898). It has been said that it was the 1927 American reprint of this title that actually helped launch the Golden Age of science fiction, inspiring new authors to contribute to the genre such as Arthur C. Clarke. Speaking of whom...

Clarke seemed to benefit from the growing popularity of science fiction, which interestingly had only just earned it's name. It was during the 1920s that short story magazines started using the term, the first one being Amazing Stories (1926). After publishing short stories for several years Clarke became a full-time writer in 1951. However, it was a story from 1948 that he submitted for a BBC competition that ended up changing the course of his life. The Sentinel was one of several short stories that inspired his most well-known work 2001: A Space Odyssey, which was released both as the now world-famous film, and a novel of the same name. It's a complex tale about humans of the brink of enormous evolutionary change. A mind-bending and staggeringly original work that's a must-read for any science fiction fan.

Running parallel to Clarke's success was also another science fiction author, arguably one of the most famous to have ever lived. Issac Asimof is a name as important to science fiction as many of its key titles. Like Clarke, Asimof was also a contributor to magazines before publishing his first book, Foundation. After adding two more titles, Asimof could not limit himself to a trilogy. There are seven books in the Foundations series, making it one of the longest and most influential science fiction series ever.

These books also referenced his other series', such as the Empire series and the Robot series. This last series of books may be the most recognisable to the unitiated science fiction fan, due to the popular film adaptations of stories, such as I, Robot. This title exists within a shared universe and so shares certain rules with other titles in the series, most famously the Three Laws of Robotics. Asimof's legacy was his ability to detail vastly intricate worlds across several science fiction genres, as well as being such a prolific writer so as to publish over 450 books before his death in 1992.

These titles are just represent a handful of a huge genre full of fantastic books. Though we started our journey back in the 1800's, science fiction is unique in that its history enjoyed a renaissance in the mid 1900s via the writings of the authors we've just mentioned. However these are only two names among many. We don't have the space here, but we'd love to wax lyrical about Huxley's A Brave New World (1931), Orwell's iconic 1984 (1949), Bradbury's Fahrenheit 451 (1953), Frank Herbert's Dune (1965), and many, many more. Maybe another time.

If you're a lover of science fiction check out our fiction book list, featuring most of the titles mentioned in this article, plus others you'll be glad you discovered. Browse our full fiction range here. 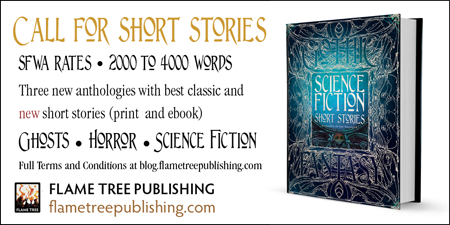