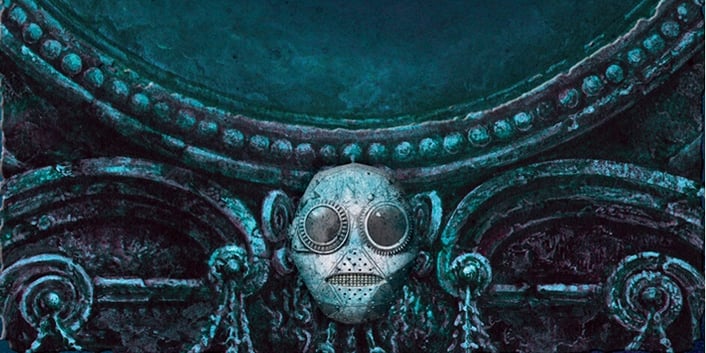 Well, that was difficult. 721 submissions for our three anthologies on Ghosts, Horror and Science Fiction. Authors from around the globe, some published in magazines such as Beneath Ceaseless Skies, Plasma Frequency Magazine, Outposts of Beyond, Weird Tales, podcasts (Pseudopod, Escape Pod, Toasted Cake, Flight of the Fifty Fancies), award winners, and recent anthology collections, others never published before. I suppose we expected 150 stories, and a struggle to find the 60 we needed, but it was a complete shock to discover so many great reads, and distressing to have to make choices.

So, with an expanded editorial board to cope with the number of entries we embarked on a frenzy of reading over 4 million words between us. Perhaps doesn't sound so many, but we had to be fair to every entry and read each one as though it was the only one. It quickly became apparent that some stories were simply more appropriate than others, for the nature of our anthologies. With approximately 20 classic authors, all from different eras, with more traditional sensibilities of language, we became more sensitive to excessive swearing and unusual story techniques than would have been the case if the anthologies were just collections of the new stories. Good beginnings, good endings, storytelling pace, they all had an effect on us, but in the end we chose the best stories for our collections.

The reading process highlighted the continuum of the gothic in literature and its modern evocation, dark fantasy. The three books cover a direct line of history through this continuum, and reveal the human fascination with dystopia, eternal life and time travel, from the nineteenth century horror of Mary Shelley, Bram Stoker, through the haunting chillers of M.R. James to the sf and otherworldly weird of Abraham Merritt and H.P. Lovecraft. The modern writers picked up the same themes, played with them in a different way, but still the voice of the gothic remains strong.

We had some last-minute refinements to the classic stories, caused by some negotiations with rights holders, and a final decision to spend the money on new writers rather than golden oldies, if a choice became necessary: Algernon Blackwood's place in the Horror book was ditched reluctantly because the cost of the permissions fee allowed us six additional, unpublished writers, and some terrific new tales brought blinking into the daylight.

Once the selection was made, the line edits were a challenge because of the range of styles. We decided to rationalize the natural pauses within the stories, to make the letters, verse and speech consistent, but we allowed spelling variations (US and UK in particular), and some local color (or colour): we left pavements and sidewalks, big trucks and lorries, burger joints, and fast food restaurants, trunks and boots. To force some variety in pace we organized the stories by A-Z, so the classic tales, which tended to be longer, would be punctuated by the shock of the newer stories. Discussions with our foreword writers Dr Dale Townshend and Andy Sawyer, both enthusiasts as well as authorities, brought further insight to the process here.

The Printing & the Covers

We spent some time on creating the covers. With several layers they're printed on foil laminated paper, foil stamped twice then wrapped on the embossed boards. There's no jacket because we want the special treatment to stand out, and feel an intrinsic part of the whole book. When you pick this up, it will feel special, building anticipation and excitement for the read ahead. The inside page design uses a carefully selected range of fonts (mainly Garamond light and P22 Kane, a delightfully Victorian font) which are easy on the eye, but retain a classic feel, with a few simple, dark decorations to begin each chapter.

As a point of interest, the books are printed in Italy, close to Venice with its literary echoes of Lord Byron, Henry James and Elizabeth Barrett Browning, Ernest Hemingway and Thomas Mann's Death in Venice, a fitting legacy for these new anthologies of death, disaster and psychological drama.

For publication we choose to emphasise the print editions of these anthologies because we can make them special. We've started work on the ebooks and will make them available everywhere, but they'll just be a chunk of text on a digital device, re-flowable and disposable. We want to cherish the books, and the words within them. The modern word for publishing seems to be curation, and in a curious sort of way that's a fitting description, particularly for these tales of gothic fantasy, from ancient to modern, from swamp to city, from the terrors of the mind to the horrors of a far-flung future.

The next post will announce the new writers selected for each of the books.