We are delighted to announce a new call for submissions which is now open! We are looking for short stories for our latest anthology – full guidelines below. 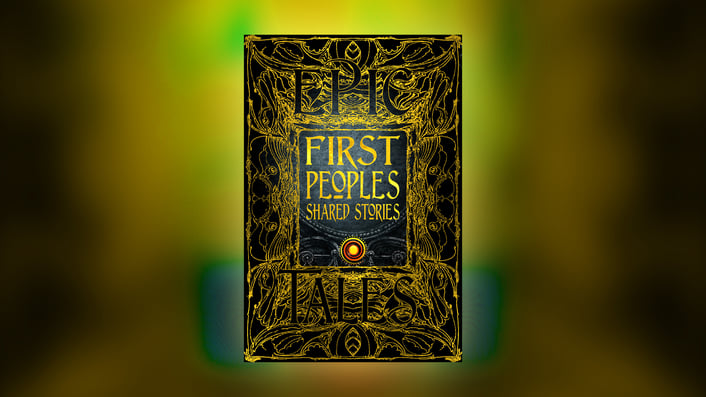 As we continue to open an ever-widening door to celebrate difference and diversity, and following the global success and resoundingly positive critical reception of Black Sci-Fi Short Stories [2021], Flame Tree is pleased to announce an open call for submissions, inspired by stories of the first peoples in Africa, Asia, Oceania and the Americas. From the first migration to the first exploration to the discovery of land and landscape without the footprint of humankind. Stories of injustice will sit with memories of hope and wonder, dreamtime tales of creation and joy will highlight the enduring spirit of humanity.

We are looking for submissions from writers with appropriate heritage, whose stories will be cast alongside ancient origin stories and oral traditions from around the world and will bring new perspectives and attention to the legacy of First Nations, of Indigenous Peoples, of First Peoples.

The stories themselves can be speculative, fantastic, sacred or folkloric, they can delve into themes including but not limited to origins, colonisation, other worlds, natural ecology and utopianism, they can be challenging and adventurous. We do not require exclusivity and do accept reprints.

As with Black Sci-Fi Short Stories and our upcoming Asian Ghost Short Stories, we are enlisting and engaging with a team of people of appropriate heritage to collaborate on the book: there will be a Foreword, a thoughtful Introduction, an Associate Editor and a diversity of readers, who will work with us to ensure this book is vital and true to the traditions of First Peoples around the world.

Dr. Eldon Yellowhorn (Introduction) is a member of the Piikani Nation and professor at Simon Fraser University where he teaches Indigenous Studies. He grew up on the Peigan Indian Reserve, attended the University of Lethbridge and later the University of Calgary where he completed his Bachelor of Science degree in Geography in 1983. After working at Head-Smashed-In Buffalo Jump he returned to the UofC in 1984 and completed a Bachelor of Arts degree in Archaeology in 1986. After he finished his degree, he was a Curator Intern at the Glenbow Museum until 1988. He was awarded a fellowship with the Smithsonian Institution in 1988 and worked on an archaeological site in Colorado. When he returned he started graduate school at Simon Fraser University, where he received a Master of Arts degree in 1993. He started his doctoral studies at McGill University in 1995 and received his PhD in 2002. He was recruited by Simon Fraser University in 1998 to develop the First Nations Studies Program. He established the Department of Indigenous Studies in 2012 and was the first Chair until 2017. His research combines archaeology, history and Blackfoot language revitalization. Books he has co-authored include Turtle Island: The Story of North America's First People, What the Eagle Sees: Indigenous Stories of Rebellion and Renewal and Sky Wolf's Call: The Gift of Indigenous Knowledge.

Paula Morris MNZM (Foreword; Ngāti Wai, Ngāti Whātua, Ngāti Manuhiri)  is an award-winning novelist, short story writer, essayist and editor from New Zealand. She is the author of award-winning novels such as Queen of Beauty (2002) and Rangatira (2011), as well as fiction and nonfiction collections: Forbidden Cities (2008), On Coming Home (2015) and False River (2017). Paula holds degrees from universities in New Zealand, the UK and the US, including a D.Phil from the University of York and an MFA from the Iowa Writers’ Workshop. She is the founder of the Academy of New Zealand Literature and Wharerangi, the Māori literature hub. She has been awarded numerous residencies and fellowships and since 2003 has taught creative writing at universities, including Tulane University in New Orleans, and the University of Sheffield in England. She is director of the Master in Creative Writing programme at the University of Auckland in New Zealand.
Marc André Fortin (Associate Editor) is Associate Professor of English and Comparative Canadian Literature at l’Université de Sherbrooke in Quebec, Canada. His publications include research on Indigenous literatures, Postcolonial literatures, and Ecocriticism in collections and journals such as Canadian Literature and Cultural Memory (Oxford UP); Learn, Teach, Challenge: Indigenous Literatures in the 21st Century (Wilfred Laurier UP); Making Canada New: Editing, Modernism, and New Media (Toronto UP); Studies in Canadian Literature; English Studies in Canada; and Configurations. He is currently Member-at-Large for the Association for Literature, Environment, and Culture in Canada.

Thank you, and good luck!