FLAME TREE PRESS | Beyond the Veil | Edited by Mark Morris

Beyond the Veil, Flame Tree's second anthology edited by Mark Morris, is out and we asked the contributors to talk a little bit about the inspiration for their stories - here's what some of them had to say!

A word from Mark Morris:

"Beyond the Veil is my second anthology from Flame Tree Press, and my sixth in total, and as always when I edit an anthology, I look for stories that not only complement one another within the book, but also that emphasise what wide, almost boundless parameters the horror genre has. It amuses me when reviewers say, ‘I enjoyed it, but it wasn’t really a horror story’ (or, just as likely, ‘I didn’t enjoy it, because it wasn’t really a horror story’), as if stories have to get a certain percentage of tick marks before they pass their ‘horror’ exam. For me, ‘horror’ is whatever scares us, and as individuals we’re all scared by different things. That’s why, in Beyond the Veil, you’ll find non-supernatural ‘body horror’ rubbing shoulders with traditional ghost stories; you’ll find deceptively gentle folk tales juxtaposed with depictions of childhood cruelty. Human beings have many fears – fear of loneliness, darkness, pain, illness, rejection, loss, the unknown… and, oh, many, many more – and the job of a good anthology, like Beyond the Veil, is to drag those fears kicking and screaming into the light, so that we can confront them."

What inspired your story in Beyond the Veil?

"When young, we had both a creepy neighbour and a nocturnal garden prowler. I believed then, as now, that they were one and the same."

"What happens when the opium of the masses becomes revolutionary?"

You can read a bit more about Priya's story in her blog post.

"My story, 'Clockwork', was loosely inspired by the 'The Sandman' by E.T.A. Hoffman, and an essay on that story (and Sigmund Freud) by Timothy J. Jarvis in Writing the Uncanny. That was only really the jumping-off point for 'Clockwork', though, and it quickly took on a life of its own. Sharp eyes might still spot a few Sandman references in there!"

"I was intrigued by the title of the anthology, and I wanted to write something that reflected on the title of Beyond the Veil. Often I get images, single moments, that interest me, and I kept picturing a thick velvet curtain, separating reality from a different experience - a place where the normal rules don't apply, and new ones are put in place. From there I developed the concept of a game being played, with strange new rules to learn. Once I had an idea of what was at stake with the game and its carved, soapstone pieces, laid out in the room beyond the heavy curtain, I could sit down and write the story."

"A couple of things came together to start off my story. One was a particularly horrible scene in the movie Event Horizon, where a character is sliced to bits by lasers. The second was an opera by my friend and collaborator Emily Hall. It’s called Folie a Deux, and is about a couple who start to convince one another of some weird stuff to do with pylons. Really, though, it’s the many spiders in our house who are to blame."

"As a natural born optimist, I've always been interested in cynicism and where it might've come from. Not in a tragic or scarring sense, but more: those who are either born thinking cynically and/or became so as a kid... that fascinates me. So... "Provenance Pond" presents cynicism as being delivered by an actual entity who whispers mean nothings into a child's ear. And I suppose it's up to the kid, and who they are, whether they listen to those whispers or not."

Angeline B. Adams and Remco van Straten - FOR ALL THE DEAD

"For our story, For All the Dead, we were inspired by the fishing villages of the northern Dutch coast, where people traditionally lived with one eye on the Bible, and the other on the sea. While the sea provided trade and sustenance, sudden storms could wipe out a whole generation of men, like in March 1883, when the village of Paesens-Moddergat lost 17 boats and 83 of its men. The coastal area was also home to several prophets, who predicted spring floods and marvels to come. We imagine how, with their men out fishing and the weather turning, the women waiting at home would deal with the fragility of a life ruled by the sea."

For a little more on the setting of the story, they have written a blog post about it, and they have also made this incredible trailer, which really shows the tone you can expect from For All the Dead!

"Aquarium Ward was influenced mainly by my experience growing up during the opioid epidemic in the American Midwest (I sort of swapped out oxycontin for meth in this story, and added in some deep-sea isopods because I couldn't help myself). I also wrote it during the early months of Covid here in Los Angeles, and hearing so many stories of horrifically overworked healthcare professionals really affected me and informed some of the main character's arc. You might notice that none of the authorities in the story do anything particularly helpful for anyone - that kind of suffering and perseverance in the face of profound institutional neglect is something I often find myself needing to write about."

"To me the ads in old comic books were as exotic as anything in a Lovecraft story. Sea Monkeys? X-ray Specs? Now it's weird stuff I see on eBay. Which made me think, what if the same occult forces lurked in recent memorabilia? Then all I needed was Julie Chu to make it work."

“I once had to go to a meeting in Inverness and used the GPS in my car to guide me. On my way home, a creeping sense of unease took hold as I realized I was on a deserted road I had never seen before. If I ever managed to get home, I thought, I would write a story about a haunted GPS."

"Every place, of course, is a place where things have happened, but I'm particularly fascinated by locations that are so rich with history that your sense of the past becomes visceral, as though it is all still unfolding in front of you instead of across some great gulf of time, if only you had the ability to see in just the right way. Berlin is one of those places, and the first time I realized I was in a refurbished and reopened ghost station there, I knew that at some point they would make their way into a story. Add to that the fact that Berlin does indeed feel like an occult city, full of hidden places and secret histories and untapped magic, and “Der Geisterbahnof” was born." 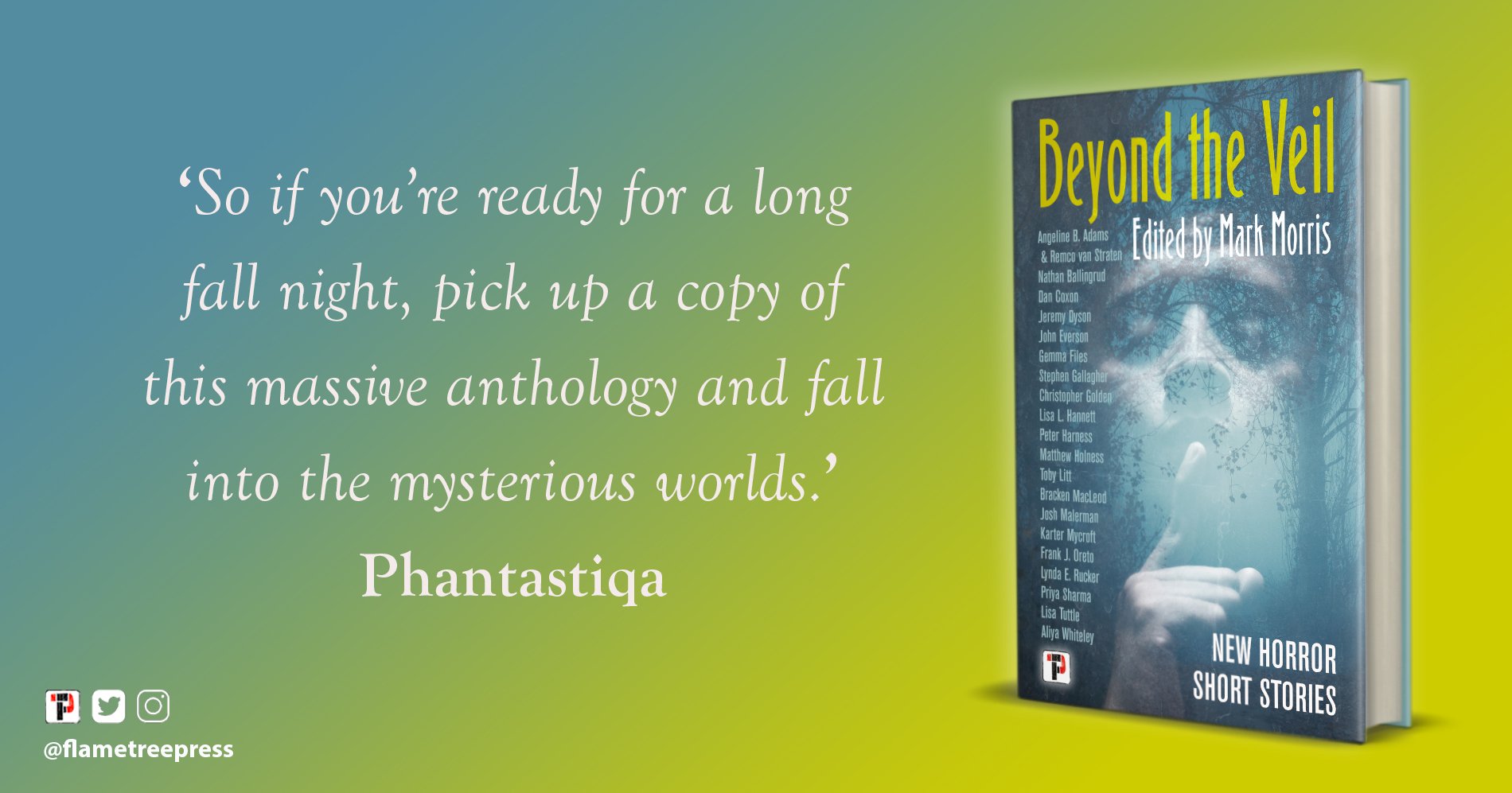