In this month's author Q&As we have J.H. Moncrieff, author of The Restoration. Find out more about the novel, what influenced the story and what she's working on now!

No, never, though the Vandermere family was originally inspired by the actual family who lived in the real haunted house I stayed in. Even if I start writing with someone I know or met in mind, the character quickly develops a life and personality of their own.

My experiences in the house. https://www.jhmoncrieff.com/overnight-in-a-haunted-house/

Thank you to J.H. Moncrieff for taking the time to talk today about The Restoration. You can pick up her book from the 26th October. It will be available in paperback, hardback and ebook. Check out our website for details. 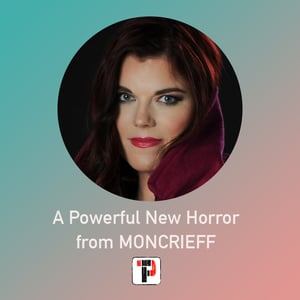 Reviewers have described her work as early Gillian Flynn with a little Ray Bradbury and Stephen King thrown in for good measure.

She won Harlequin's search for "the next Gillian Flynn" in 2016. Her first published novella, The Bear Who Wouldn't Leave, was featured in Samhain's Childhood Fears collection and stayed on its horror bestsellers list for over a year.

To get free ebooks and a new spooky story every week, go to http://bit.ly/MoncrieffLibrary.