Today is publication day in the US and Canada for the latest anthologies in our popular Gothic Fantasy series: Footsteps in the Dark and Bodies in the Library. To mark the occasion, we’re kicking off with a series of Author Q&A blogs with authors from both anthologies. First up, Footsteps in the Dark: this suitably atmospheric anthology combines new tales with classic fiction from the genre, and the modern authors are here to discuss the inspiration behind their stories in the book. From supernatural happenings to murders in the shadows – see below for a sneak preview of the sort of content to be found in Footsteps in the Dark! 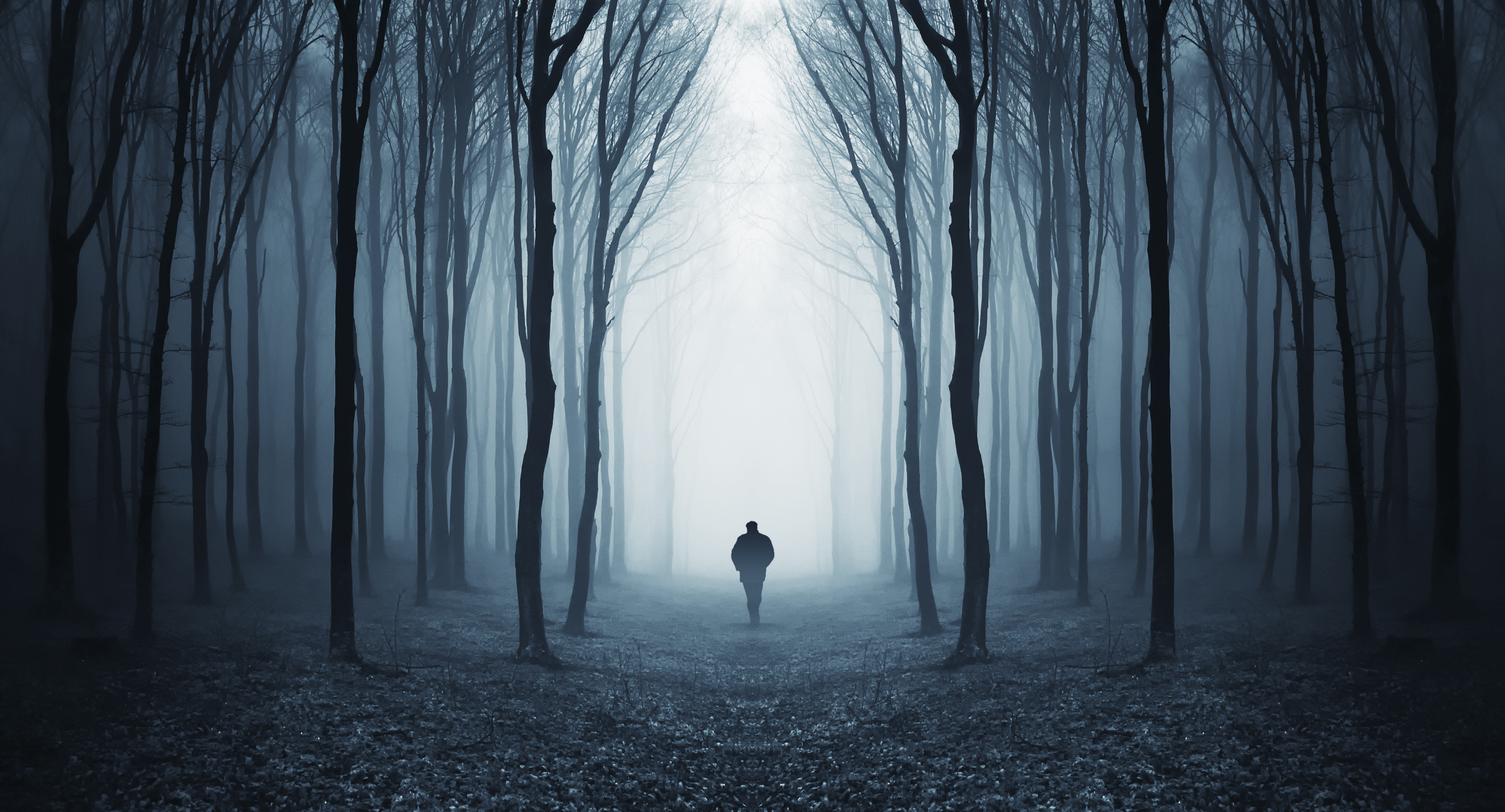 What was the inspiration behind your story in 'Footsteps in the Dark'?

On Sunday morning at the World Fantasy Convention in Saratoga Springs, my old publisher friend Tom Doherty took a bunch of us to breakfast. The conversation turned to people’s ghostly experiences, and Kim Greyson mentioned that when he was a boy he’d been told that a house he had to pass on the way to a friend’s was haunted. Because of this he took the long way round. That was the whole of the anecdote as I recall, but it immediately started me thinking what might happen if the house weren’t so readily avoided. The thought became ‘The Long Way’. Thanks, Kim!

It might sound odd, but my inspiration was autumn – not the cheery season of apple picking, but the too-early twilight when the last leaves are clinging desperately against the cold. I wanted to capture that dread on the one hand, and our universal yearning for hearth and hospitality on the other. What came out was a bit of Little Red Riding Hood as an old woman in a witch versus werewolf story.

Oddly enough, I set out to write a werewolf story in a style inspired by M.R. James. As I developed the characters, the plot took something of a twist.

My short story ‘The Blackdamp’ was initially inspired by a writing prompt about abandoned places. During my general research on forgotten manmade structures, I stumbled across an episode of Dirty Jobs entitled ‘Abandoned Mine Plugger’, that not only taught me about the sheer number of abandoned mines across the U.S., but also introduced me to the threat of the blackdamp.

Maria Haskins – It's Easy to Shoot a Dog

First of all: dogs. I have a real fondness for dogs, and I have written several stories that feature dogs. More specifically, one of the main inspirations was that I know someone who did shoot their dog in much the same fashion as Susanna’s father does in this story. It was not a malicious act, but really, an act of mercy, and an act that the person in question never spoke of again. The other main inspiration was my daughter who, at the age of around 5 or 6, was absolutely committed to the idea that she wanted a dog. That single-minded focus and desire in a child can be a powerful kind of magic, I think, and using it in a somewhat different kind of setting than my own life and our own world, was how this story came to be. I would also say that a strong inspiration for the setting was northern Sweden where I grew up. It made me imagine places where people eke out a living in the forest and on small farms, and where the darkness and the cold are always close at hand.

S.R. Masters – The Cure for Boredom

I had a chance encounter with the wife of the late Walker Hamilton while in North Wales, and it made me seek out his novel, ‘All the Little Animals’. It oddly reminded me of an idea I'd had on a previous trip to North Wales, while walking around the pet cemetery in Portmeirion. I was in the young-person mindset anyway, having just finished my novel The Killer You Know, and finally sat down to write it.

I have a fondness for folklore and folk horror and ‘Under Barrow Downs’ grew out of thinking about the sexuality that’s often bound up in fertility rites and their associated folklore. There’s something visceral about them. I’m also drawn to the idea that ancient nature rites came about not because of a love of nature but out of a fear of it. It was something that was beyond control and could destroy or saves lives. From a story point-of-view, that’s interesting to work with.

My imagination has always been inspired by places with some element of mystery, like deep, dark lakes where anything could lurk underneath the surface. I wondered what it would be like to get into difficulty while swimming with nobody around to save me. It seemed like one of the scariest things that could happen, so I used it as the inspiration for my story ‘Cold, Wet Hands’.

The inspiration for ‘Bites’ came one day while I was ordering Uber Eats. As I entered my order, a single thought hit me out of the blue: ‘Monsters want takeout too, right?’ That led me down the rabbit hole, and I envisioned a ‘food’ delivery service for vampires and, more importantly, the perils a human driver would face working for such a service.

I’ve been collecting Little People lore in Mexico for twenty years. I have spent considerable time in one remote village in the southern State of Oaxaca, where many townsfolk swear that they have encountered the chaneques. Much of my story contains fictionalized versions of my real-life adventures in this town – including a journey deep into a cave said to be inhabited by the Little People. While outsiders may scoff at these stories, my eyewitnesses are rational and sound-minded people. One must also consider the possibility of undiscovered species: the chaneques may actually be a long-lost hominid, similar to the Homo floresiensis of Indonesia.

I’m one of those people who’s fascinated by all things cryptid and supernatural. The idea for the story came from reading about a local-ish cryptid called the Ozark Howler. Having grown up in southern Missouri, USA, this is a creature who might well dwell in my neck of the woods. It was great fun to tell a little tale about it.

The main character is part of one of my larger worlds, and I wanted to explore his back story more. I also wanted to write an old-fashioned vampire tale where they are the monsters in the dark. I enjoy more complicated and nuanced vampires, but sometimes it’s fun for them to be truly evil.

Rusalka was inspired by the old Eastern European superstition that broken-hearted young women who commit suicide by drowning can come back as restless nymph-like spirits to lurk around waterways and willow trees, luring men to their deaths. I wanted to recreate the magical, mysterious and creepy atmosphere found in work by Polish Romantic poet Adam Mickiewicz and also by William Shakespeare in The Tempest – particularly in Ariel’s disturbing song ‘Full fathom five thy father lies…’ 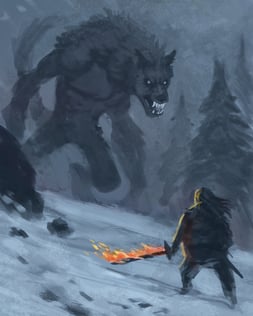 The idea came while I was watching TV and there was an advert for the RBS, showing them travelling around the highlands in their wee mobile banking trucks, and I got to thinking on how one of them might be robbed, which got me thinking of the movie Restless Natives, which is one of my favourite films. Throw in a dash of monster based Scottish highland folklore and a bit of Blair-Witch-Project-style found footage, and bingo!

I'd been going through a phase of devouring Victorian Gothic literature. I adored the language and got a little hooked. I was in London with a friend and had borrowed her copy of ‘The Strange Case of Dr. Jekyll and Mr Hyde’ to read. That was when the threads of this tale began to unspool in my mind. ‘You Think You Are Safe’ may be a ‘were’ story, but it's also my own rendition of Stevenson's work.

Anna Ziegelhof – He Will Hear Us Coming

I wanted to see a cast of mistreated characters make an aggressive statement of ‘enough of this!’ I wanted to see them work together rather than in opposition to each other. It’s inspired by all the ghostly apparitions that haunt the genre, by disbelieved young people and by long-suffering wives that appear in the case studies of psychoanalysts. The protagonist makes explicit references to Jane Eyre and Charlotte Perkins Gilman’s ‘The Yellow Wallpaper’.

You can read these stories and more in 'Footsteps in the Dark: Short Stories', available to order through our website here!