This week’s blog turns its attention to our Edgar Allan Poe Short Stories collection – another of the companion titles to our popular, and ever-growing, Gothic Fantasy short story anthologies. Whilst the latter combine classic fiction with exciting contemporary writers; these companion titles focus on one key author from the history of the genre. 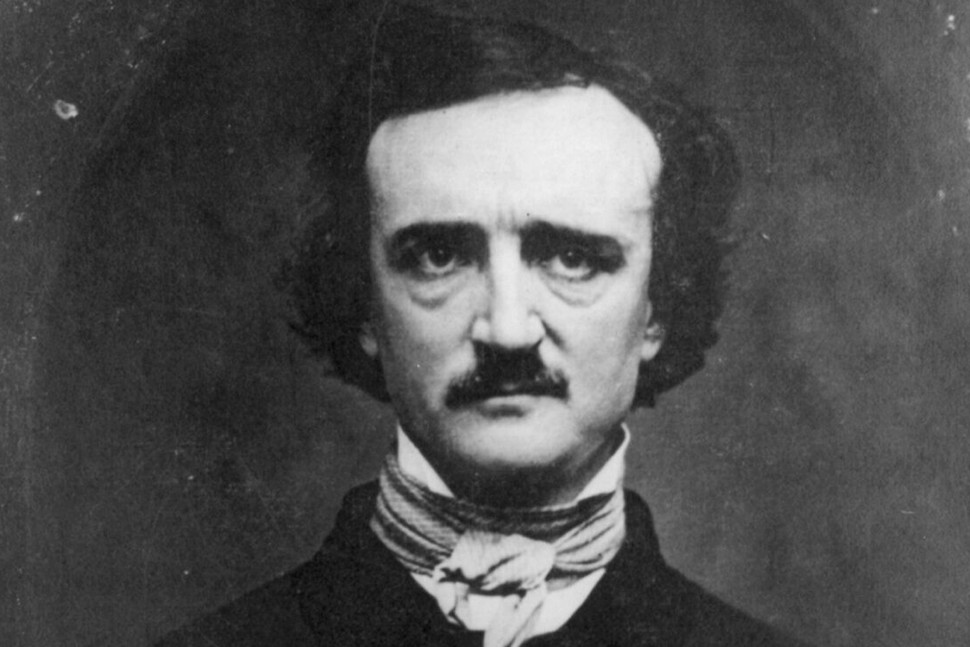 One of the greatest writers of the gothic fantastic, Poe’s dark, masterful stories have inspired a generation of writers. With his macabre twists of fate and fascination with science and invention his work led to the detective stories of Sherlock Holmes, the weird horror of H.P. Lovecraft and the grim, tortured tales of Stephen King. He has been one of the most influential authors of the horror genre, as well as having a huge impact on crime fiction, often being dubbed ‘The Father of the Detective Story’.

Edgar Allan Poe is best-known as a master of the gothic, chilling tale as seen in such exemplary works as ‘The Tell-Tale Heart’ or ‘The Fall of the House of Usher’, where the reader can almost feel icy fingers of dread crawling up their skin. Therefore we just had to pack the book full of stories like these. But Poe was a master storyteller in an amazing array of genres – from proto-SF in ‘The Unparalleled Adventure of One Hans Pfall’ to what is perhaps the first detective story ‘The Murders in the Rue Morgue’ and his haunting poetry like ‘The Raven’. This was our opportunity to show his range, and include both his most popular and beloved tales alongside lesser known stories. Although this anthology focuses mainly on short stories, he also only ever completed one novel, and so it seemed interesting to include that too. 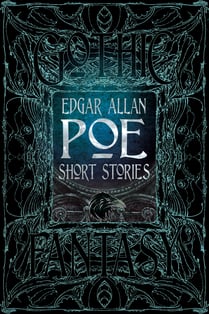 Some immediate themes start to appear on reading Poe: Death & Resurrection (particulary if it involves a beautiful woman); Fear & Obsession (though this is a feature of a great many stories – but for this section, I chose stories where this was an undeniable focus); Tales of Murder (this involved a mix of chilling, murderous horror with his crime fiction, told form the point of view of the detective); Adventures of the Sea & Sky (a less obvious theme perhaps, until you start to go through his catalogue and see how often these settings occured); and lastly Humour & Satire (which really are set apart tonally form his other works).

This book starts with a foreword by Christopher Semtner, who is the Curator of the Edgar Allan Poe Museum in Richmond, Virginia. Semtner has written a number of books and articles about Poe, visual art, and history. He has appeared on BBC4, PBS, Military History Channel, and many other stations to speak about the author. Semtner is also an internationally exhibited visual artist whose paintings have entered several public and private collections.

The Fall of the House of Usher

The Masque of the Red Death

To One in Paradise

A Tale of the Ragged Mountains

The City in the Sea

The Facts in the Case of M. Valdemar

The Man of the Crowd

The Pit and the Pendulum

The Murders in the Rue Morgue

The Mystery of Marie Rogêt

Thou Art the Man

The Imp of the Perverse

The Cask of Amontillado

MS. Found in a Bottle

The Unparalleled Adventure of One Hans Pfaall

The Narrative of Arthur Gordon Pym of Nantucket

A Descent into the Maelström

Never Bet the Devil Your Head

The System of Doctor Tarr and Professor Fether