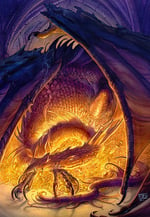 "Illustration is a proposition, a spontaneous exploration not only of the theme to hand, but also the deeper currents that make imagery necessary."

Howe was born is Canada but educated in France, and after completing his degree in Strasbourg he then went on to study at the École des Arts Décoratifs.

Whilst grateful for the opportunity to study at excellent schools, Howe concedes that his understanding was at odds with his limited language ability. Regardless, he was always drawing. After learning to sketch with his mother's help, a young Howe quickly grew frustrated by what he considered to be his limited ability. He had always endeavoured to be better and had seemingly harnessed this impulse to constantly improve his illustrations. After being muscled out of over-booked art classes in school, Howe instead found ways to apply his artistic talents in other places. In biology class he would draw images of microscopic creatures – renderings that his classmates struggled with – and would give these drawings to them, for a small fee that is. However, now because of his success, fifty cents for an original John Howe is a steal!

That said, Howe says that anything that was not passed on to others is not likely to have survived up to today. Constantly looking to improve his sketches, he says that he would go over them so many times that eventually there would be nothing left at all, forcing him to start something new. Howe paints a picture of a boy who feels pressure and concern that he is not good enough to succeed. One form of solace Howe did find, however, was in books. Most notably was his reading of J.R.R. Tolkien's The Lord of the Rings series, a work that would have a profound influence on the rest of his life and career.

Howe has a confession regarding these titles though. Due to The Fellowship of the Ring being constantly checked out of the library, he instead opted to skip it and start with the perennially available The Two Towers instead. He naturally followed that with The Return of the King, before finally circling back and reading the first instalment last.

He admits this may not have been the best choice but makes it clear that he has since re-read the series, this time in the correct sequence. This was probably essential, especially since his appointment (alongside Alan Lee) as a concept artist for Peter Jackson's film trilogy.

This is Howe's most high-profile appointment to date, allowing him to work on a fictional world he had been enamoured with since boyhood. When the production for The Hobbit film trilogy began, Howe was once again brought on board to detail Tolkien's Middle Earth.

He has also worked on other big series, such as the movie adaptation of The Lion, the Witch and the Wardrobe; a limited edition cover for George R. R. Martin's A Clash of Kings; as well as illustrations for the hugely popular card game Magic: The Gathering.

But like any artist, Howe should not be reduced simply to his work on pre-established franchises. Drawing from a wide range of influences across world mythology, Howe has steadily built up an impressive portfolio of images. His work has involved interpreting tales from classics such as Beowulf, as well as creating jaw-dropping worlds built purely from his powerful imagination. Click here to browse all 2478 images in his online portfolio.

A recurring point of interest for Howe has always been dragons. Appearing across a wide selection of canons and subject to a vast array of interpretation, dragon art is something that Howe has long expressed a love for.

"They span the spectrum from devilry to divinity, from blackest evil to boundless good. They come in all configurations, they speak or they make our minds reel with the power of their thoughts, they squat athwart hoards of treasure untold. They are story. They are dragons."

We were over the moon when Howe agreed to write the foreword for our book Dragon Art. Covering the appearance of dragons through the course of time and how their representation differs across cultures, there is no better expert to speak on the subject than Howe. Building upon his stellar introduction we were able to craft a book packed with curated images of the highest quality, depicting all sorts of incredible dragon images. Available in print or as an iBook, we're proud to have made a book that Howe himself approves of. To take a closer look at the title, click here.