Today’s blog is the first in a series delving into our companion titles to our popular, and ever-growing, Gothic Fantasy short story anthologies. Whilst the latter combine classic fiction with exciting contemporary writers; these companion titles focus on one key author from the history of the genre; carefully selecting and editing a range of tales, and presenting them in beautiful collectable editions.

Today we’ll be looking at Lovecraft Short Stories, one of the first books in this series. We launched this title in January 2017, alongside H.G. Wells (which we’ll cover in another blog). 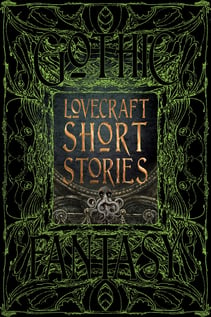 We chose Lovecraft due to his huge influence in horror fiction. Quite simply, he's iconic. H.P. Lovecraft was the inventor of cosmic horror, of weird fiction and the Cthulhu mythology. His stories, incubated by a lonely and febrile childhood, found purchase in the fertile earth of pulp fiction where he inspired many other writers, from Robert E. Howard, to Robert Bloch and Clark Ashton Smith.

So, how to go about curating the works to go in our particular edition?

I did a lot of research into which tales seemed to be the most popular amongst readers; which stories were seminal to Lovecraft’s canon (e.g. we have included a large number of Cthulhu mythos stories, as well as those which introduce certain other recurring elements to his stories); and just including a really nice range of stories with slightly different themes and spanning different periods of Lovecraft's writing. At the end of the day though, we had to believe that every story included was a great read in its own right.

There was also a discussion with the foreword writer, S.T. Joshi, in which he was extremely helpful in providing some insight into which were some of Lovecraft's stronger stories – for example, he was a big proponent of ‘Rats in the Walls’ as a great story from Lovecraft's early period.

Although the book is called ‘Short Stories’; it also felt wrong not to include At the Mountains of Madness, as it's such a great story. Therefore I decided to include an extract from Lovecraft’s novella, and provided a link where the reader can go onto our website and download the full story for free.

In order to enjoy a truer picture of the progression of Lovecraft’s writing, the stories are provided chronologically by when they were written (as on some occasions this was several years before publication). Again, S.T. Joshi was of great help, this time in providing his research on these dates. To add an extra dimension of interest, at the end of each tale there are also a couple of suggestions of other works, similar in tone or theme, which the reader might like to try.

As Lovecraft himself was very much in favour of the idea of creating a shared universe, it seemed very fitting to include Cthulhu mythos stories from Robert E. Howard, Clark Ashton Smith and Robert Bloch, who were often in correspondence with Lovecraft. Robert Bloch’s ‘The Shambler from the Stars’, for example, inspired Lovecraft to write his own ‘The Haunter of the Dark’ as a sequel; and so we felt this collection could only be enriched by these additions.

The book opens with a foreword by S.T. Joshi, who is a leading authority on H.P. Lovecraft, as well as other writers mostly in the realms of supernatural and fantasy fiction. He is the author of The Weird Tale (1990), The Modern Weird Tale (2001), and Unutterable Horror: A History of Supernatural Fiction (2012). His award-winning biography H.P. Lovecraft: A Life (1996) was later expanded as I Am Providence: The Life and Times of H. P. Lovecraft (2010). 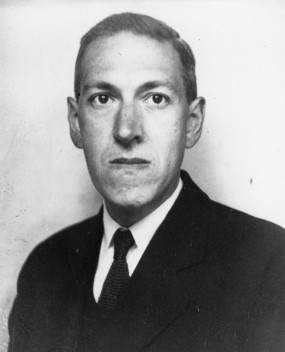 Beyond the Wall of Sleep

The Doom That Came to Sarnath

The Statement of Randolph Carter

The Cats of Ulthar

The Music of Erich Zann

The Rats in the Walls

The Strange High House in the Mist

The Whisperer in Darkness

The Thing on the Roof by Robert E. Howard

At the Mountains of Madness extract (chapters I–II)

The Hunters from Beyond by Clark Ashton Smith

The Dreams in the Witch House

The Thing on the Doorstep

The Haunter of the Dark