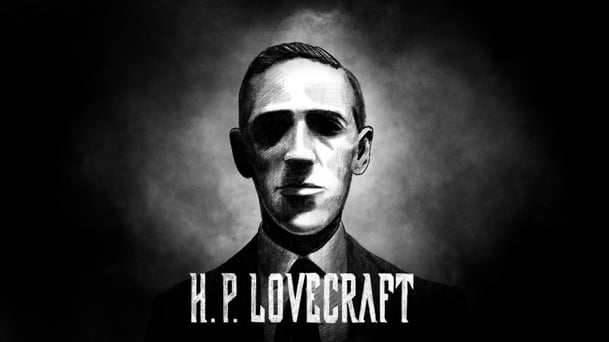 Howard Phillips Lovecraft was born on August 20, 1890, in Providence, Rhode Island. From a young age he became fascinated with the sciences, especially chemistry and astronomy. Because of ill-health, his formal schooling was spotty, and he failed to graduate from high school. But he developed a vast intellect through wide reading in his family library.

Lovecraft wrote poems, stories and essays from as early as the age of six, but at 18 – when he suffered what he called a nervous breakdown – he destroyed much of this work. Then, in 1914, he discovered the world of amateur journalism – a small community of writers, editors, and printers across the United States and England who issued small publications for their own amusement. Lovecraft quickly gained ascendancy in this community and was persuaded to resume the writing of weird fiction.

Lovecraft was heavily influenced by Edgar Allen Poe, Anglo-Irish writer Lord Dunsany and Welsh writer Arthur Machen. All of whom eventually went on to inspire Lovecraft's own tales of the Cthulhu Mythos - arguably his most famous work. Lovecraft’s best tales remain profoundly original: not only are they infused with his knowledge of the various sciences, but they express his fascination with the landscape of New England embedded with his philosophy of life ‘cosmicism’. This is the idea that human life is merely an insignificant accident in the infinite depths of space and time.

Lovecraft sadly died at the age of 46 from intestinal cancer and it was only after his death that his work became known worldwide. Despite not being a recognised writer in his lifetime, he is now regarded as one the most significant 20th century authors of supernatural horror fiction. His work is disseminated both in English and in dozens of foreign languages; it has been widely imitated by hundreds of writers, and has served as the basis for films, role-playing games, and even Christmas merchandise. Let's take a look at some of his weird and wonderful short stories:

The Shadow out of time

This story indirectly tells of the Great Race of Yith - an extraterrestrial species with the ability to travel through space and time. From an outsiders view, this travel can look like a spiritual possession. Following Nathaniel, an american who is ‘possessed’ by a yithian but thinks he’s losing his mind as he starts to see strange worlds that are stored in the yithian library city. When the yithian has left his body and Nathaniel returns to his, those around him deem him as insane but he concludes it must be a mental illness. Researching this he becomes very alert that the other cases sound way too familiar to not be in some way connected to his. His dreams of being a yithian continue and he becomes obsessed with manuscripts and archeology like they were. Does he find the proof that he needs to prove the existence of these supernatural beings or is he deemed as a mad man forever? 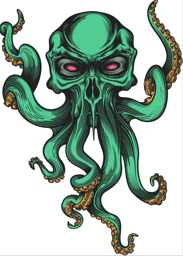 Whilst organising his late great-uncle’s papers, Francis discovers that the professor had been investigating a worldwide religious conspiracy that he called the Cthulhu Cult. Francis takes his great-uncles findings and reconstructs the investigation to find that there is in fact a worldwide cult which dates all the way back to ancient prehistory. The beliefs of this cult reach back even further to before the beginning of mankind, with beliefs that vast deathless beings arrived on earth from the stars eons ago. These beings are led by a tentacle-headed monster called Cthulhu and wait in a sunken city, neither dead nor alive, for their worshippers to summon them. During Francis’ investigation he stumbles upon a newspaper article reporting some mysterious events just off the coast of New Zealand. The article leads Francis to investigate these clippings and dig deeper into the legend of Cthulhu. Is the monster real or are the cult blinding following a myth?

At the Mountains of Madness

The story is narrated by Professor William Dyer who is a geologist that’s compelled to tell his stories in hopes other men don’t follow in his footsteps. He explains that he was funded by the university to use a new drilling technology to extract samples from Antarctica. Their previous samples from the site had sharp triangle shaped markings but were dismissed as distortions. During the flight, one team go to take a diversion to explore an unknown range of mountains. After crashing but surviving, the team begin sampling when they discover an underground cavern. It’s filled with bones of all sizes and barrel shaped fossilised artifacts that the team take to the camp to inspect. These turn out to be creatures with sharp triangle shaped feet that they’d found footprints of prior. The other team loses contact until they fly over and see that the camp is destroyed along with their team members. Also discovering that these unknown mountains were a wall surrounding an ancient city inhabited by supernatural beings called the ‘Elder Things’. Is it the elder things that run rampage on the ancient city or is there an evil presence lurking deeper within? Find out more by reading the full magical story. 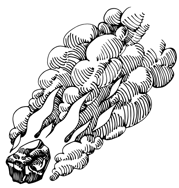 Written in the first-person perspective of an unnamed surveyor from Boston, this short story tells the journey of the narrator in his attempt to uncover the secrets behind a mysterious place referred to by the locals as the ‘blasted heath’. Unlucky in his attempts, he seeks out an old and allegedly crazy man who claims the place he seeks is cursed and that it all started when a meteorite crashed into it in 1882 when it was the home of a farmer. The meteorite shrinks and leaves behind droplets of colour that don’t fall under any colour known in the visible spectrum. A year later the crops grew enormous but inedible, soon after the ‘curse’ spreads to surrounding vegetation and warping animals. The plants turn luminous driving the farmers wife and eventually son, crazy. Soon after everything affected by this meteorite turns grey and dies.. Was it really a meteorite or something supernatural? You’ll have to read this wonderful story to find out.

In this story we follow the narrator into a secret investigation of the ruined town of Innsmouth, Massachusetts. Upon his arrival he discovers it's mostly a deserted fishing town and the inhabitants that live there walk and look very funny. Finding the only ‘normal’ looking local he asks about this peculiar place and is given a warning that strangers aren’t welcome but also a map to find a man who can shed some light once he's plied with lots of drink. After finding Nadok, he explains that a merchant of this town once found a new fish-like humanoid species known as the Deep Ones and started a cult. They’d offer up human sacrifices in return for wealth in the form of fish hauls. When the merchant and his followers were arrested, the Deep Ones attacked the town and killed half the population leaving the remaining survivors to breed with them. This formed hybrid offspring that have the appearance of humans in early life but turn into Deep Ones to live in the sea later on. Nadok notices the strange waves in the ocean and tells the narrator to leave as they’ve been seen. His bus is delayed and he is forced to stay the night but subsequently becomes the target for a manhunt. Does he escape? Is the narrator human or does he have a secret of his own? Read more of this fascinating story to find out.

Are these the kind of weird and wonderful stories you like? If so you can find them all and many more in our book Lovecraft Short Stories. Or check this book packed full of stories inspired by the genius himself. The worlds he built really do live on today and continue to inspire new authors all over the world.