The Myths of Babylon and Egypt: Animals

Animals play key roles in the myths and legends of many cultures around the world. In Babylon and Ancient Egypt animals can be found in multiple forms throughout art and religious worship. Often these creatures will be part animal, part human or comprised of many different animals. Sometimes certain characteristics are prescribed to an animal that causes it to be considered either evil or holy. In this blog post we’re going to take a look at a couple of examples of this from Egyptian and Babylonian culture. 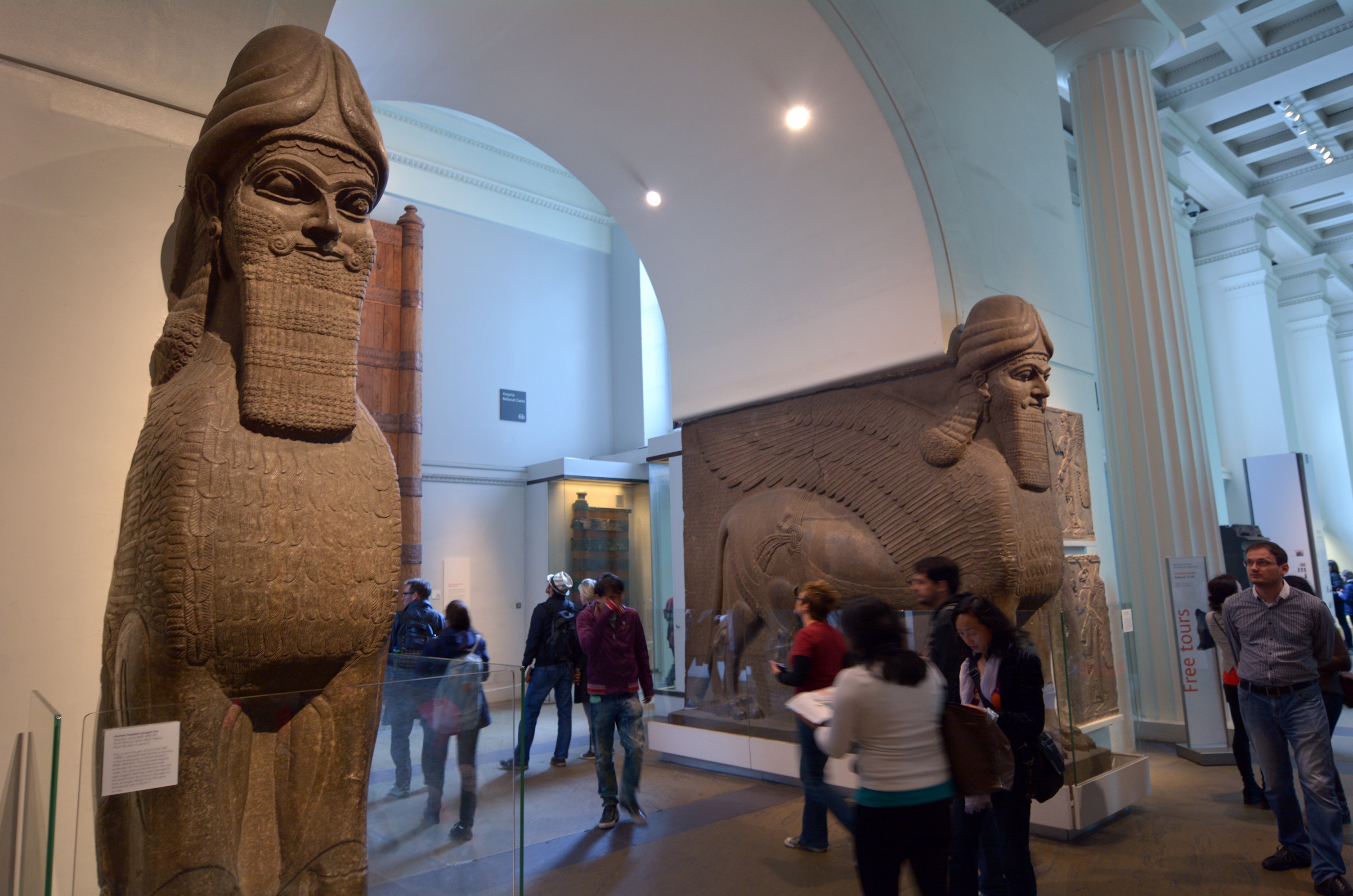 The Animal Myths of Egypt

The ancient Egyptians made a deep distinction between human intelligence and animals. They believed animals acted with intent but that some of their intelligence was beyond human understanding and was therefore classed as divine. It is then no surprise that animals feature so prevalently in Egyptian myths and deification. Whether it’s cats as a connection to the spirit world or animal-headed gods, animals are central to Egyptian theology.

One of many sacred animals that became famous in Egypt was that of the Ram of Mendes. Its cult can be seen as far back as 3500 BC, and it was worshipped as a divine source of fatherhood and fecundity. When the animal died, its soul was held up to unite with that of Osiris, Ra and Khnemu. Its remains were mummified and interred at Mendes with an elaborate celebration. A countrywide search was undertaken for an animal to succeed the Ram of Mendes and it was said that such a beast would only be recognizable to the priests by certain marks. Once located, animals were duly enthroned at Mendes in succession.

The Beetle of Rebirth

The importance of the scarab beetle for the ancient Egyptians baffled historians and researchers for many years. It appears to emerge as a symbol in the early dynastic periods of rule but their importance grew to extraordinary levels in later kingdoms. It is thought that the beetle had a dual meaning. The Egyptians drew a connection between the beetle rolling its ball of cow dung and the sun god steering the celestial orb across the sky. Later on, the beetle’s life and death cycle was taken to be emblematic of the Egyptian principles of order held throughout the universe, be it on a grand solar scale or humble insect level. The creature would come to be incorporated into government seals and jewelry worn by the general population.

The Animal Myths of Babylon

Unlike in Egypt, where many animals were considered to be divine by nature, only certain animals in Babylonian culture were holy. These animals were ones that represented either a specific god or a trait that was considered godly. They also considered some animals to be in some way inherently evil.

Some of the winged bulls that are prevalent in Babylonian iconography are representative of the bull forms of the gods Ea and Merodach. However, these are separate from the winged bulls seen guarding temple doors. It is thought that the human heads on these bulls showed that they were endowed with humanity while the bull body was meant to symbolize strength. The word for bull in Babylonian was translated from the original Akkadian tongue as ‘strong one’ but also ‘hero’. Bulls became associated with great strength and great feats, with celestial bodies like the sun being given names like the ‘Bull of Light’.

It is unclear why, but the Babylonians were not keen on dogs. They were classed as a monster animal and were rarely painted or presented in bas-reliefs like many other animals. There is however a relief, now contained in the British Museum, that does feature the five dogs of Assurbanipal. The dogs’ names translate to ‘He Ran and Barked’, ‘The Producer of Mischief’, ‘The Biter of his Foes’, ‘The Judge of his Companions’, and ‘The Seizer of Enemies’. There is a legend involving dogs that may explain these names but also the mistrust of dogs. It involves a shepherd whose flock is constantly attacked by dogs so he prays for help. Merodach comes to him and teaches him how to handle the animals attacking his flock.