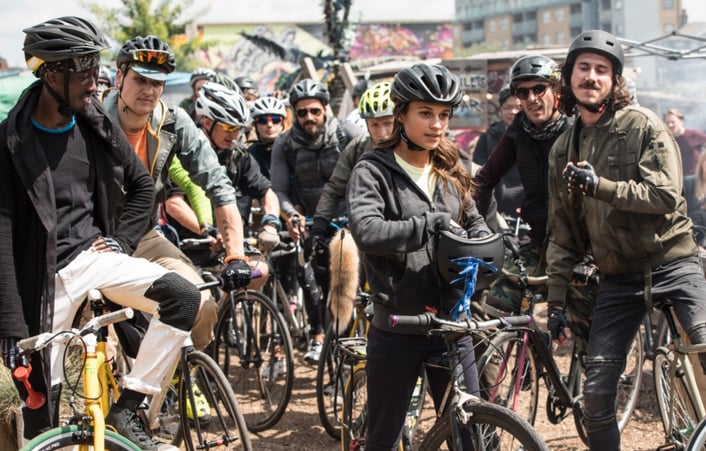 Alicia Vikander, in the titular role, is worlds apart from Angelina Jolie’s portrayal in the early naughties. This isn't to say the film is better, and certainly not to say it is worse, but the formerly polished and experienced character is reborn in a very different manner. A young Lara now begins her story as an early twenty something bike courier in east London. She doesn't arrive the full action hero package, and the film never really seems to intend for her to be so. This refreshing take on the character, mirroring the recent developments in her video game depiction, presents a young woman learning to be Tomb Raider, rather than turning up as the already established Lara Croft we've seen before.

Where the film suffers is in its narrative drive. Lara is here imagined as a broke millennial who we discover has shied away from accepting her fathers fortune (and businesses) because she knows accepting it would be to accept that he had indeed died. After seven years she comes close to caving but upon discovering a clue left by her father (played by Dominic West), she is invigorated to go and discover what had happened to him. 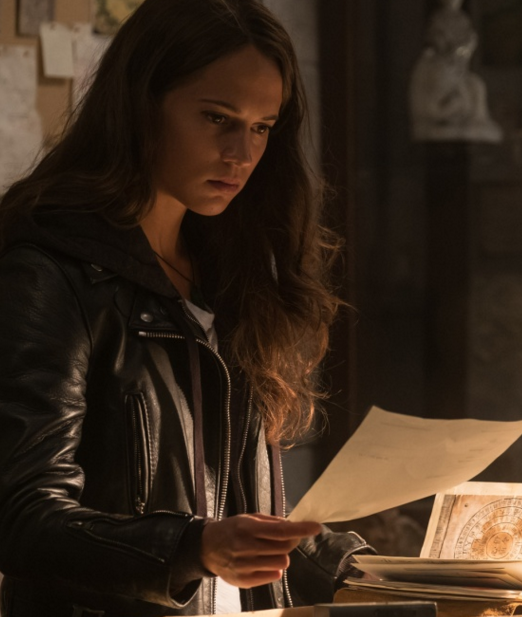 We learn, as does she, that he was not just a boring business man but some sort of Indiana Jones type searching for the burial site of a mysterious supernatural monarch in the east. As with all Indiana Jones type characters, he has a somewhat undefined shady organisation that is in hot pursuit of the same thing and they can’t be allowed to reach it first because of their equally undefined shady plans. Lara sets out to not only find said burial site but hopefully track down the whereabouts of her father and the film kicks into the main story.

The film plays out, for the most part, how you would imagine: there’s a mysterious island hidden by storms and mist, Lara picks up a rather uninspiring sidekick, there's lots of running around jungles and (of course) some raiding of tombs (get it?). Its attempt to tug at the emotional heart strings of its audience with a rather lacklustre father-daughter relationship continuously fails and only detracts from what the film actually does well: action. The film is peppered with great chase sequences, some quite cool fight scenes and the occasional breath-holding moments and it would have done well to focus its efforts more on that. What its action also did well was pay homage to the video games that gave rise to the film. Many of the chase sequences played out like a level in a game might and its use of things like tape recorders or puzzle solving directly referencing the game made it feel like part of that universe, which video game films often struggle with. There were shots that would pan out much like a level in a game would and you half expect a “save progress” screen to pop up as it fades to black.

It would be hard to call Tomb Raider a great film but it wasn't by any measure awful. This new take on an established character is interesting and its success at nodding to its game counterpart adds interest for video game fans while not being obtrusive for people who've never picked up a controller. If, as it strongly hints, there is a line of sequels approaching, it would do better to focus on its actions scenes and try less to design complex emotional narratives that end up holing little weight in the overall film.

If you are interested in the the world of Tomb Raider, check out our Abandoned series! We have books on Lost Cities and Lost Interiors showing you both ancient and modern ruins, the kind of place you might find Lara Croft running around.

Check out Lost Cities, Lost interiors and other books in our Abandoned series here.

Check out this Kotaku article if you want to see how Tomb Raiders has changed since the first game.

Check out this behind the scenes footage to find out how Alicia Vikander got into character as Tomb Raider.