Today marks the release of our April titles! To celebrate, we've got a great Q&A with Jonathan Janz, author of the The Dark Game. He talked to us about his new book, his inspirations, his writing practices and his advice for being edited!

We are all very excited for you new book, The Dark Game. What is the book about?

The most famous and reclusive author in the world (a combination of Stephen King and Cormac McCarthy) invites ten young writers to his estate for a shot at literary fame and fortune. Horror ensues.

Sins of omission. Some of the characters in the story have performed deeply evil actions; others have allowed evil to spread by refusing to act. This story represents a reckoning for their past indiscretions.

I’ve read about plenty of young writers who garner a huge first advance and then never live up to that early success. These writers inspired Lucy Still, my protagonist. Another main character, Rick Forrester, was inspired somewhat by my early struggles as a writer. Many of the writers were influenced by people I’ve encountered.

Stephen King and Peter Straub, most of all. Specifically, the book was influenced by King’s style and Straub’s landmark novels GHOST STORY and SHADOWLAND.

One, avoid “don’t” and gravitate toward “do.” Two, give yourself permission to suck; you don’t have to be perfect. Three, read and write as often as possible; that’s how you learn. There are no shortcuts.

Where did you write The Dark Game?

I always write in my writing room/home library. It’s amazing. Cozy, surrounded by my books and pictures of my family. It’s the perfect spot to get lost in my fictional worlds.

Did you write it in silence, or to any particular music?

I listen to Baroque music. It invigorates me without distracting me.

Increasingly, the editing is becoming harder because I’m learning more and becoming more exacting. I have a novel almost completed, but it’s on hold because I’m editing the novel before it. I’m also eager to get going on my next novel because the idea is dynamite. But the editing takes a great deal of time, and

the new novel will therefore have to wait. It’s challenging. I’m psychologically incapable of letting work go out the door unless it’s my best.

Cool and sometimes humbling. I love the extra set of eyes, but sometimes there are house rules that can irksome. Then again, they sometimes bring to your attention a tendency you didn’t notice you had, and they make your work better because of that. Personally, I think we all need edited. Good editing saves us from ourselves. I like to think I’m a good self-editor since I do this stuff with students on a daily basis. But with my own work, it’s different. I can never be as objective about my own work as someone else can be.

That sort of detachment can make all the difference.

I’m working on a novel called MARLA, or at least I will be when I finish editing CHILDREN OF THE DARK 2. After that, I’ll be working on the other idea I alluded to earlier, which is so exciting that I don’t want to talk about it for fear of amplifying the pressure I’m placing on myself to do the story justice. 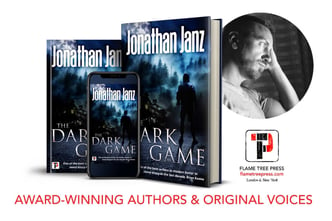 Since then Jonathan's work has been lauded by writers like Jack Ketchum, Edward Lee, Tim Waggoner, Bryan Smith, and Ronald Kelly. Novels like The Nightmare Girl, Wolf Land, Savage Species, and Dust Devils prompted Thunderstorm Books to sign Jonathan to an eleven-book deal and to give him his own imprint, Jonathan Janz's Shadow Side.
His novel Children of the Dark received a starred review in Booklist and was chosen by their board as one of the Top Ten Horror Books of the Year (August 2015-September 2016). Children of the Dark will soon be translated into German and has been championed by the Library Journal, the School Library Journal, and Cemetery Dance. In early 2017, his novel Exorcist Falls was released to critical acclaim.
Jonathan's primary interests are his wonderful wife and his three amazing children, and though he realizes that every author's wife and children are wonderful and amazing, in this case the cliché happens to be true. You can learn more about Jonathan at jonathanjanz.com. You can sign up for his Shadow World newsletter here. You can also find him on Facebook, via @jonathanjanz on Twitter, on Instagram or on his Goodreads and Amazon author pages.
Make sure you check out all three of of our April Releases! 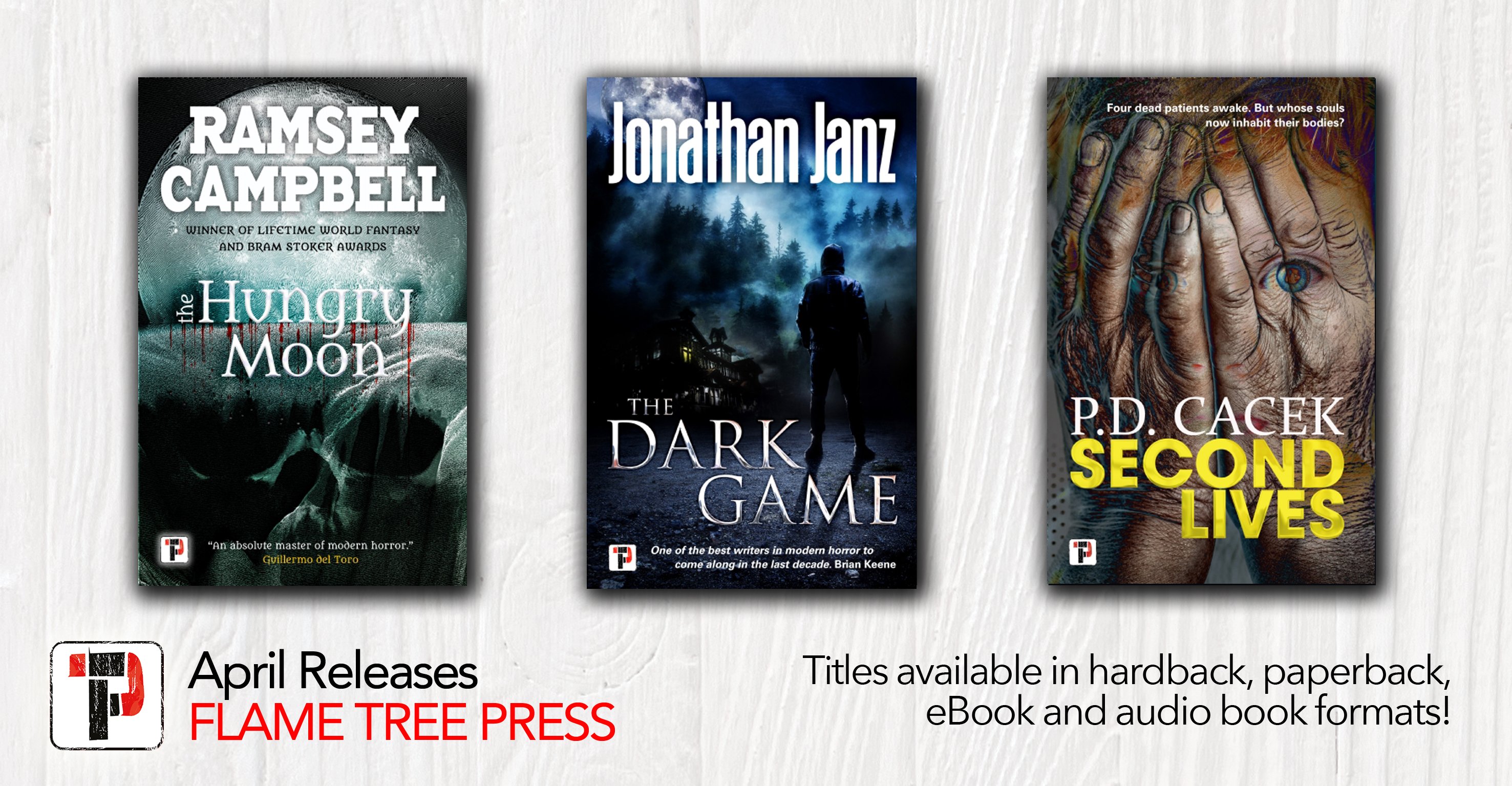