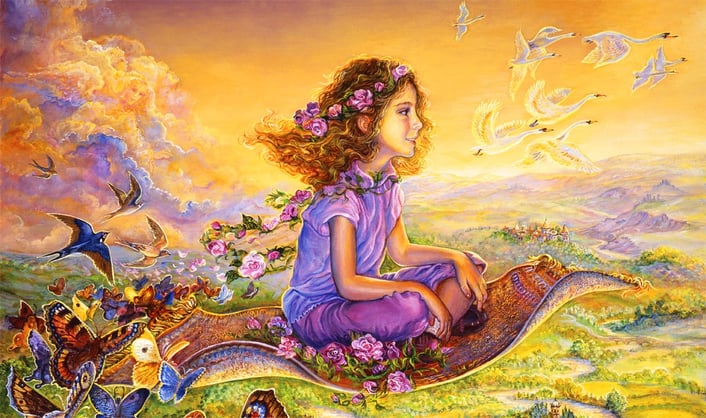 Just this year, Google’s 'Inceptionism' software attempted to artificially simulate the creative process: fed with millions of images (in a similar way to a brain being exposed to images from birth), the software has been able to build itself new images when told what they should look like. The results have been scarily dreamlike. Since Freud’s iconic essay on 'The Interpretation of Dreams' (1900), the world has been trying to understand the Unconscious, with dream imagery taking on an important role in psychology and art, most notably in the work of the surrealists. Freud disapproved of many surrealist works, believing them to be too consciously created – dreams were for him part of an unconscious process, an example of automatism, which when reproduced in art should be achieved in the same way, avoiding conscious intention and with a mind at rest and wandering. 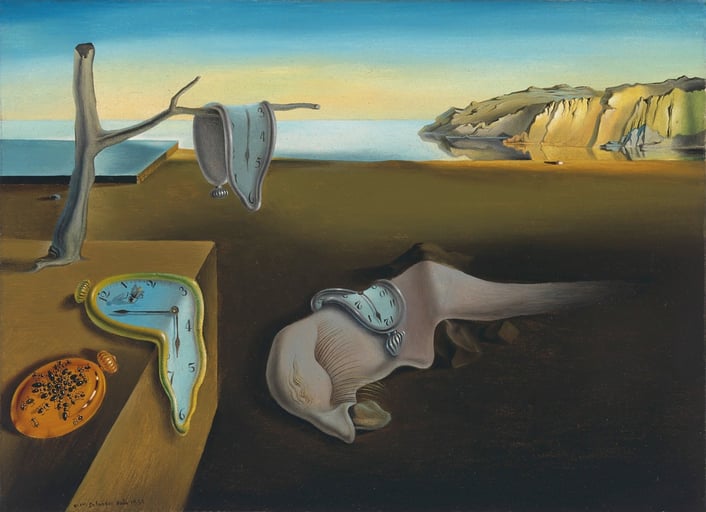 Image via The Museum of Modern Art

You do not need to be asleep to experience or witness something that is dreamlike, and it is impossible not to think of Dali’s artwork in such instances. Salvador Dali, the only surrealist Freud approved of, would take naps while holding a spoon just inches away from a metal plate. As he would drift to sleep in this position, he would relax his grip on the spoon and it would clang against the plate and wake him up again. As such, he would never reach deep sleep, only floating in the inbetween state between waking and sleeping. His work elevated the importance of the imagination and dreamlike states. The painting Dream Caused by the Flight of a Bee Around a Pomegranate One Minute Before Awakening (1944) is a perfect example of a bizarre collection of otherwise unconnected ideas. A pomegranate does feature in the image, though transposed into a context different from the ‘real-life’ scenario explained by the painting’s title – much as the brain would foggily attempt to process what’s going on before waking fully. As well as Dali’s wonderfully surreal elephants with long spindly legs, the image also features a rifle emerging from the mouth of a tiger, that is emerging from another tiger emerging from a the mouth of a fish, that is spewed forth from the pomegranate. The full image creates an engaging, strangely fascinating story from elements taken out of their usual context.

None of Dali’s paintings have seemed to, fittingly, persist in people’s minds as much as ‘The Persistence of Memory’ (1931) – allegedly inspired by Dali’s observation of a melted camembert cheese as proof that time has passed. The now famous image of melting clocks is associated with the distortion of time, logic and thoughts that takes place in dream scenarios, creating connections and dissolving boundaries that the ‘normal’ mind would not do.

The difficulty with dreamlike imagery is that without comparison it can be quite convincing – often the dreaming mind is not aware that it occupies a different reality. Edgar Allan Poe’s poem ‘A Dream within a Dream’ explores the idea that when absorbed in it, a world is convincing, though it is a confidence that can collapse. The second half of the poem asks more tentatively: ‘Is all that we see or seem / but a dream within a dream?’, further deepening the layers of confusion. The makers of the film Inception (2010) might have similarly doubted themselves while working with so many layers of ‘unreal’ realities.

Only when the mind is made aware that it has been dreaming does the dream cease to feel real. Lewis Carroll’s Alice’s Adventures in Wonderland (1865) exemplifies this idea – Alice ‘wakes up’ at the end of the story and realizes she has been dreaming. The rich imaginative adventure that is at work in this story has bred countless visual interpretations, with the saying ‘falling down a rabbit hole’ now almost synonymous with the idea of ‘falling’ into a displaced world, a world of nonsensical happenings. This all also brings to mind Shakespeare’s A Midsummer’s Night’s Dream, and especially the ending speech where Puck declares: ‘… you have but slumber'd here / While these visions did appear’. All this takes place in a play of blurred fantasy and reality, a play that consistently muddles up time, characters and events, where the characters themselves are made to think they have ‘dreamt’ everything. It does then lead to a questioning of how ‘real’ has been anything that has happened  – as ever the joke in the world of theatre (and of ‘plays’).

It is this state of confusion, the inability to distinguish the real from the unreal and the creative potential allowed by such, that fuels the thrills and fears of gothic fiction. There, Edgar Allan Poe reigns, with his seemingly rational characters caught in dark, terrible places, often revealed to be actually (if that can be assumed) caused by psychological instability. Madness itself can be a frightening concept, as an absence or transgression of traditional, social boundaries of ‘sanity’. When this framework is removed, anything is possible and it is this quality that augments suspense and grabs the attention. In another of his poems, entitled 'Dreamland', Poe describes a place: ‘From a wild weird clime that lieth, sublime, / Out of Space, Out of Time’. This outlandishness, the inability to locate any form of reference point, is the disorientating aspect of any sinister image or tale.

If you enjoy the thrill of the unpredictable, you may be interested in our new set of short story anthologies, due for release at the end of August. They cover three strains of Gothic Fantasy: Ghosts, Horror, and Science Fiction: Ghosts, as concerning those supernatural occurrences that can’t be pinned down; Science Fiction with its imaginative possibilities when traditional rules don’t exist; and Horror when anything, however horrible or unexplained, can threaten. Chilling stuff! 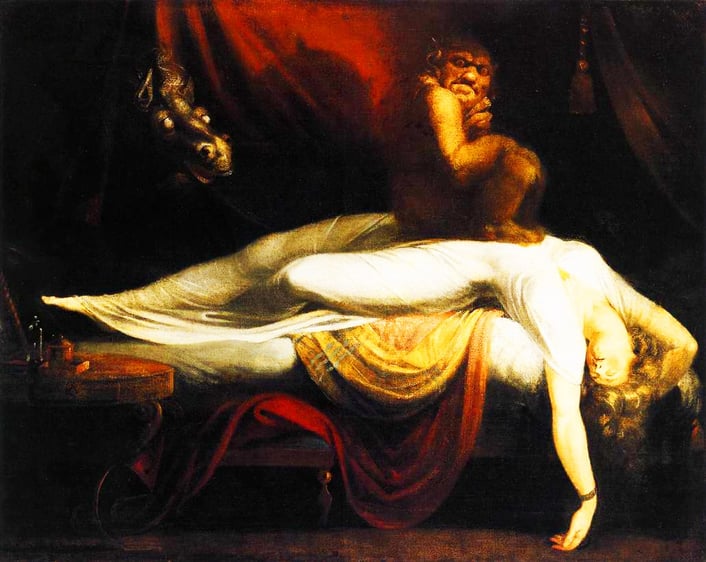 The world of dreams, of indistinct images or connections, can be a frightening place, and this is an idea that has been captured in art for centuries. Blake’s vivid engraving of Job 7:14, Job’s Evil Dreams (1825), illustrates the potential for visions in this state to be convincingly terrifying, with the sleeping body as a vulnerable host. Similarly, iconic in gothic art is Henry Fuseli’s The Nightmare (1781), which shows a sleeping woman visited by a horse (mare) and an incubus: evil male spirits that were thought to sexually exploit women when they were sleeping. The image allows the dream vision to be seen alongside the apparently ‘real’ image of the sleeping subject, further blurring the distinction (and any sense of security) between the actual and the imagined. Francisco Goya’s The Sleep of Reason Produces Monsters (1797) does this too; there, the sleeper is surrounded by flying bats and swarming creatures, showing the vulnerability of the mind in this state when lowered defenses allow access to all manner of terrifying beings. The full caption for the image details: ‘Fantasy abandoned by reason produces impossible monsters: united with her, she is the mother of the arts and the origin of their marvels’. It is ‘reason’ that keeps the realm of ‘possible’ things separate from the ‘impossible’ – when reason is questioned, abandoned or absent, there can creativity thrive and art be at its best.

The appeal of the imaginative realm is in its endless possibilities: the many interesting, novel and unbounded adventures that it allows. Taken into the modern day, the art of Josephine Wall demonstrates this ability: her paintings are capable of transporting a viewer right into the world of faeries and woodland creatures they depict. The rich imaginative realms in her work are enlivened with explosions of colour and enchanting stories.  If you’d like to see more of her fascinating artwork, take a look at our book Celestial Art. For Amazon, click here.