Haunted Houses are a staple of horror films, novels, TV shows, short stories and campfire tales but they also happen to be one of our favorite themes for horror. They might seem like a product of the past few hundred years but the history of haunted houses and their use in storytelling actually goes back thousands of years!

Haunted houses are a global phenomenon. From Hawaii to Cambodia, and everywhere in between, haunted buildings can draw huge crowds while keeping others a fair distance away. Some become tourist hotspots while some are almost ignored by towns that fear tampering with them. It is actually a law in parts of America that a person selling a house that is considered haunted must tell buyers of its reputation. Not only can it effect the value of a house but may also cause some people to immediately turn it down. Of course there are some people who might see a house's haunted reputation as a positive and want it even more!

The earliest written account of a haunted house comes from Pliny the Younger (61 –112 AD). He wrote about a house in Athens that no one dare live in because of its haunted nature. Eventually, a philosopher, undeterred by such silly things and interested by the low rent, took up residence in the haunted building. Supposedly a ghost in chains appeared to him and guided him to the courtyard where he then disappeared. Marking the spot, the philosopher asked that the area be dug up where, low and behold, a skeletal man in chains was found. The body was re-buried and the ghost never appeared again.

There have been stories of hauntings found in all manner of places including “One thousand and One Nights” better known as “Arabian Nights”, a collection of stories from across Asia and North Africa. However, Haunted houses and castles really became a commonplace trope in horror during the establishment of Gothic fiction. Arguably the first Gothic novel, The Castle of Otranto, is also considered the first supernatural English book. It features a haunted estate and several things we would not only come to expect from Gothic fiction but haunted house stories specifically. Things moving, doors shutting suddenly and of course a couple of secret and hidden areas in the house. As the genre of haunted house stories continued to develop within horror fiction we saw deeper and more interesting stories. Hauntings expanded away from just dusty castles and country estates to more everyday locations and these new stories reinvigorated the haunted house genre.

Another great development came with the advent of film. As books like Hell House and Stephen King classics like The Shining and It were adapted for the screen; audiences had a whole new way to be terrified. Haunted house stories are so popular that attractions like the Haunted Mansion at Disney Land and books like The House with a Clock in the Walls have been turned into films for kids. It can be a great jumping on point for people new to the genre as the nature of capsule horror stories means you don't need prior knowledge of a series or lore. Many horror writers see haunted house stories as equally a way to cut their teeth but also highlight their writing ability by taking this well established trope in new and surprising directions. Due to this there is no shortage of amazing haunted house stories both in written word and on screen.

If you enjoy haunted house stories you will definitely enjoy The Siren and the Spectre by Jonathan Janz and The House by the Cemetery by John Everson. The two books are very different haunted house settings but both scream Halloween haunting. 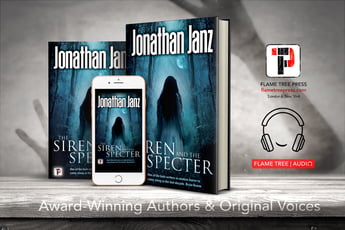 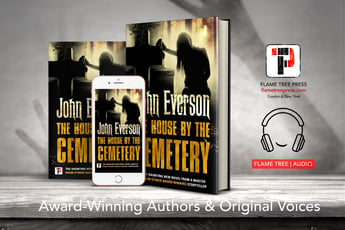