Lovecraft Mythos is our latest anthology to collate classic fiction with new stories from modern authors. Out now, the book includes key tales by Lovecraft alongside a selection of gripping work from his contemporaries through to writers of the present day! As well as a host of talented modern authors, the collection features Frank Belknap Long, Fritz Leiber, Robert Bloch, Henry Kuttner, Clark Ashton Smith, August Derleth, and more, in a fascinating demonstration of the Mythos’s enduring legacy. In the first part of this Q&A, authors spoke about the inspiration behind their stories in the book; now, they recommend favourites from the genre, as well as revealing the processes behind their own fiction…

Lovecraft’s own are paramount – particular favourites include ‘The Call of Cthulhu’, ‘The Colour Out of Space’, ‘The Case of Charles Dexter Ward’ and ‘The Shadow out of Time’. Others – Frank Belknap Long’s ‘The Space-Eaters’ makes too many of its characters talk like characters in a horror story, but its imagery is very haunting. Robert Bloch’s ‘Notebook Found in a Deserted House’ is genuinely frightening, and the naive narration makes it more so. Karl Edward Wagner’s ‘Sticks’ is a little masterpiece of suggestiveness. ‘Crouch End’ uses the mythos to convey one of Steve King’s visions of malevolent chaos. In art, John Coulthart’s Lovecraftian imagery is especially powerful, and I mustn’t forget the genuinely visionary Alan Moore. In films I’m especially fond of the H.P. Lovecraft Historical Society’s production of ‘The Call of Cthulhu’ as a silent film and ‘The Whisperer in Darkness’ as an early thirties production. I still think The Blair Witch Project is the most Lovecraftian of films, achieving its sense of supernatural dread purely through hints and glimpses and allusions, and embracing the documentary approach he recommended as an ideal method for the weird tale.

Robert Bloch's works were always instructive, but I really enjoy when a writer takes off in an unexpected direction. Mike Mignola's early Hellboy stories are a good example, and the Laundry Files series from Charles Stross. Yes, the mythos is full of the overwhelming and scary, but humans have a perverse habit of adapting to just about anything, and then trying to find a use for it. Then what happens?

My favourite Cthulhu Mythos tales (Lovecraft aside) are: ‘The Survivor’ by August Derleth, ‘The Sect of the Idiot’ by Thomas Ligotti, ‘The Franklyn Paragraphs’ and ‘Cold Print’ both by Ramsey Campbell, and ‘Ubbo-Sathla’ by Clark Ashton-Smith.

Two long-time favourite Lovecraftian stories are Charles Stross's ‘A Colder War’ and James Blaylock's ‘The Shadow on the Doorstep’. I also like to reread the stories of Michael Shea and T.E.D. Klein. Other admired writers working in the genre today are Caitlín R. Kiernan, Victor LaValle, and Gemma Files. And one of my go-to comfort films is the goofily delightful The Last Lovecraft: Relic of Cthulhu.

I feel like Lovecraft's misanthropy was a vital part of his aesthetic, but it doesn't play well now to simply ignore humanity. I was deeply influenced by T.E.D. Klein's ‘Black Man with a Horn’ and ‘Children of the Kingdom’, by his approach to weaving the otherworldly into a fully engaged mundane realm, giving such a textured and familiar world that he can force the reader's imagination into weird liminal spaces, without spoiling the mystery. Ligotti's whole canon, but especially ‘The Last Feast of Harlequin’ and ‘The Frolic’, make the ‘real’ world more subtly surreal, paving the way seamlessly for the cosmic element. I also love cosmic horror that adopts and subverts hard-boiled crime tropes, which turn on similar philosophies to Lovecraftian horror, but vividly wallows in naturalistic human psychology. Laird Barron's ‘Bulldozer’ is a perfect example of this beautiful hybrid model.

Most recently, I’ve loved Richard Stanley’s film adaptation of ‘The Color Out of Space’. At the Mountains of Madness is one of my favourite Lovecraft stories, and the one I’d most like to see put on screen. In the realm of eco-horror – the films Long Weekend, The Last Wave, Phase IV and The Last Winter are favourites. I’d also add The Ruins – both the novel and the film.

I am rather fond of Lovecraft’s stories, as they bring out the horror of the situation in a rather understated way, letting the reader discover it for themselves. However, my two favourites are ‘The Case of Charles Dexter Ward’, with its ending that shows the protagonist winning against the dark forces, rather than being overwhelmed by them, and ‘The Shadow over Innsmouth’, simply for mentioning my Alma Mata and featuring fish people.

My list is long, so I’ll just mention some that have influenced me the most. ‘The Dunwich Horror’ played a role in how I portrayed the confrontation with the invisible monster in my story for this current collection. ‘Dreams in the Witch House’, ‘From Beyond’, and ‘The Haunter of the Dark’ inspired key aspects of my SPECTRA Files novels. For contemporary writers dabbling in the mythos, I’m a fan of Victor LaValle, Caitlín R. Kiernan, and Peter Rawlik among others. I also enjoyed Richard Stanley’s film adaptation of ‘The Color Out of Space’.

I love so much of the new cosmic horror coming out, it’s difficult to pick between new favourites and the classics. But I’d love to give a shout-out to the RPGs inspired by Lovecraft’s Mythos. I've played Call of Cthulhu with some really fantastic Keepers recently – especially through GenCon – who were incredible storytellers. Gaming is another facet of the genre that’s evolving and getting better all the time.

Sometimes I will integrate nightmares or fragments of nightmare into my stories. I try to convey the visceral horror I experienced while dreaming them. I prefer to write longish stories because I find that stories short in length depend on surprise or shock at the end. I don’t really like literary tricks, but prefer to set characters into a situation and then unfold it in a rational way to its conclusion.

My creative process is much different for short fiction than it is for novels. I outline most novels, and tend to rely on the characters for effect. I find writing short fiction to be much more difficult, and most of the time, the main thrust of a short piece is the theme – which is harder to do. Except for the comedies, which are fairly easy to write, short stories usually take a lot out of me emotionally. 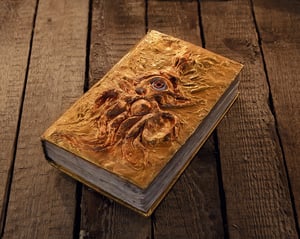 My writing process is pretty straightforward. I am at my desk at 7am every day. I write for two hours (maybe three on Saturday and Sunday). Then from four pm to five, I either edit what I wrote in the morning or try to plot out what the next piece of the story will be. I always write in complete silence. And each time I make a major change in a plot, I create a new file, so I might end up with 15 versions of a manuscript before I finish it. I typically work on my office PC, but if I'm traveling, I write by hand in a note book. I absolutely hate working on a laptop.

I'm an emotional writer, meaning, I follow my emotions which drive my writing. I have no fixed schedule to write but fortunately, I'm disciplined so when I'm on a project, I finish it. A schedule would bore me and I wouldn't be able to create. And while plotting requires thought, I find that plot emerges out of the emotional energy fuelling the tale.

Well I'm extremely inconsistent. I can go for months without writing a word. However once I have an idea sorted out in my head - for anything from a story to a novel - I sit down and get on with it. In fact it will be an obsession that won't leave me alone until it's written. So you could say I'm a ‘huge swathe’ writer who edits later (a bit!). I love doing it that way and it's quite exhilarating . It can also be exhausting, however my brain won't let me relax until it's done so that's the way it has to be!

I admit, I haven't been writing much lately; the day job takes a lot of my focus. I generally have several files open of works in progress and poke at them, though they're going nowhere fast. Sometimes I will see a call that sparks an idea that I can run with and get a story out of, and if the muse is kind, I can keep the inspiration for a few days and get it done.

When it comes to premises, first drafts, and problem-solving, walking has been good to me; woe betide if I step outdoors minus a scratchpad. Indoors, unfortunately, no one approach is reliable two days running: to write seated or on my back, play CDs or keep it quiet, enjoy a beer or go dry. Editing involves a longer haul than the actual writing, and before the results are readable, they’ll bear no resemblance to the original version with which I was so naively happy.

I try not to worry about word counts when working on longer pieces, like my current novel in progress. Instead, I keep myself to at least five pages a day. This way I'm always getting something written, it's always a certain amount give or take a paragraph, and I get to feel like a hero at the end of the day. 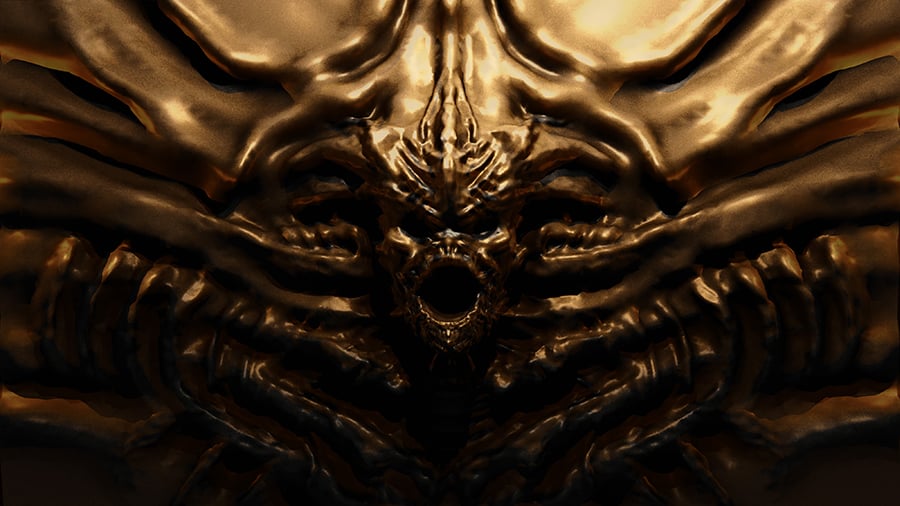 Lovecraft Mythos, featuring all these authors and more, is available through our website here!