I suppose the first question to ask is what’s Night shift about?

Antarctica. A mining base at the edge of the world. Anders Nordvelt, last-minute replacement as head of security, has no time to integrate himself into the crew before an act of sabotage threatens the project. He must untangle a complex web of relationships from his position as prime suspect.

Then a body is found in the ice. Systems fail as the long night falls. Now Anders must do more than find a murderer: he must find a way to survive.

Sounds like a great story! Did the story change much of the course of the writing?

Oh, a huge amount. The only things that really stayed the same were the setting and the overall plot. The characters changed – including a penultimate-minute addition – motivations shifted, romances came and went. That’s the wonder, the joy of writing. A novel is a puzzle: you set out all the pieces, lay them in order and try to link them together only to find that that they’ve transmogrified whilst your attention was elsewhere.

Originally I had a romance as a major subplot, but after a few drafts I realized it wasn’t working. I’m still not quite sure why: I think the Anders, the protagonist, wasn’t quite who I thought he was and the chemistry wasn’t there. And that’s wonderful. The characters were too strong for me, the author, to move as I wanted. I’d have had to have changed personalities for them my plans to work. I decided I’d rather change the story.

What have been your literary influences and can we see them in Night Shift?

I was raised on classic science-fiction. My mum read me Andre Norton when I was a child, and her influence can be seen throughout Night Shift. That, along with BBC Saturday night shows like Doctor Who, The Tripods and Blake’s Seven, shaped me more than anything else.

Other key writers include Philip K. Dick – the best ideas-man there’s ever been – and, more recently, Neil Gaiman. I missed out on the classics of literature as I was growing up so I’m trying to catch up with them now, but there are so many wonderful writers around at the moment that it’s hard to keep up.

I do, however, read a lot of non-fiction. History especially, but also science and philosophy. Ideas are always thrilling, especially if they challenge cherished beliefs or give new perspectives. I call myself a writer of speculative fiction because I’m always asking things like ‘what if that’s true? What will that mean for society?’ Or, equally, ‘what if that’s wrong?’

That’s a very interesting selection of influences. With Night Shift being set in the near future, it’s easy to see how that early diet of sci-fi might makes its way into your work. In this particular near future many resources are running out and a single all-powerful company runs much of the world. How did you go about devising the global background to the story?

Night Shift is a classic ‘what if’ question: what will the world look like if things continue they way they’re going? It’s not a utopia, nor a dystopia – just difficult. Too many people, not enough land and not enough resources. So humanity is forced into the margins: the mountains, the wilderness, the oceans.

In truth I came up with the story first and then tried to work out what sort of global background afterwards, though before I ever set metaphorical pen to paper. Then the background in turn influenced the story. These things are always recursive: the story affects the background, which affects the story… Eventually, if you’re lucky, you’ll reach some sort of equilibrium and a novel emerges.

What does it feel like to have your work read by strangers?

A novel is an intensely personal thing. Writing involves stitching little pieces of yourself onto the page. Even the best-intentioned, kindest criticism can make you feel like your soul is being drawn out and the harsh light of failure shone upon it.

The writer is in every single word that’s set down, and that’s why they need to be thick-skinned. It’s a fine line, though, as they can’t be so hidebound that they can’t accept the advice they need to improve. I’m no different from many writers in that I’m a mix of unbearable arrogance and critical insecurity.

All this is why anyone who wants to write should join a writing group. Get used to taking criticism in a safe environment and to pitching your own (constructive) criticism to the right level. There’s no point ripping a reticent first-timer apart: save that for the person you know can take it – and needs it.

Many things! Night Shift is the first in a planned trilogy, so I’m busy on its sequels. They look at how the isolated mining base at the heart of the first novel develops into a city, with its new inhabitants not always pleased to find themselves in a new, half-built settlement in a barren wilderness.

I’m also working on something totally different – a modern fantasy where the world is under attack from the land of dreams: Monsters Inc as written by Stephen King. 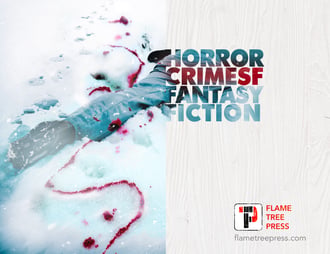 Thanks to Robin Triggs for this great insight in to him, his writing and Night Shift in particular. Night Shift comes out today in the UK and will be released in the US and the rest of the world later this month! It’s available in paperback, hardback, audio book and ebook. Check out our website for details.

Raised in Bradford, at eighteen Robin Triggs headed to the bright libraries of Norfolk.Heavily interested in music, he played drums and sang whilst writing copious amounts of lyrics, some of which tipped over into the vaguely-defined realm of poetry. In 2003 he made the top 500 of the Dublin International Poetry Competition. He studied archaeology in Queen’s University, Belfast before returning to Norfolk and starting to write seriously. He received a boost when he moved to the middlest of middle Englands and joined Abingdon Writers’, a fantastic group that were quick point out all his writing sins. He was Chair for a spell but abdicated as soon as decency allowed. When not writing he studies the past: archaeology and the historic landscape remain passions. He’s also an exceptionally poor cricketer, turning out for The Bodleian Library’s collection of misfits. He did, however, once bowl Sebastian Faulkes. At the Bodleian he tells tourists that yes, Harry Potter was filmed here, but no, they can’t go inside. He also works as a proofreader.