The eerie depths of the sea form the theme of our latest short story anthology: Pirates & Ghosts. With the publication date sailing into view, we turned to the authors to hear what inspired their stories in the collection, in the same way that the Agents & Spies discussed their story inspirations here. Completing this year’s set of short story anthologies, Pirates & Ghosts promises a haunting mix of adventure, monsters and mystery – and the responses below help give a glimpse of what’s in store! 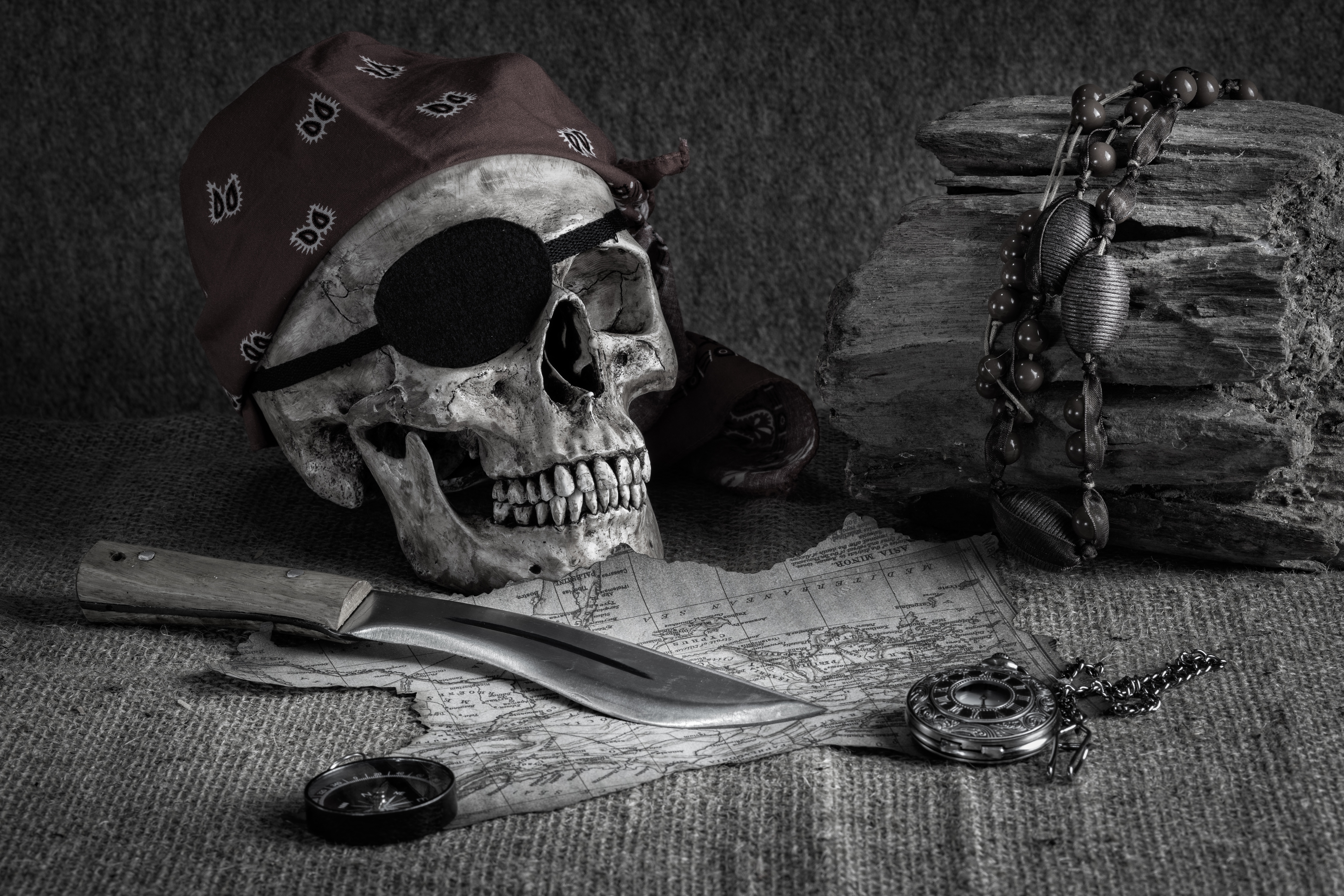 What was the inspiration behind your Pirates & Ghosts story?

I read a bit about the lives and trials of men at sea, especially in the earlier eras. When I created my character, I tried to put myself in his position and imagined what it would've felt like, being lost at sea for months at a time with thinning resources. Then I just added the legend of a scorned wife who died thinking that she had been abandoned. The story really pretty much wrote itself after that.

It was kind of just one of those ideas that slowly began to form as I thought of it. I wanted to have pirate ghosts and buried treasure, as well as write about the characters being stranded. All I knew for sure was how I wanted it to end. Beyond that, any inspiration probably came from the copious amounts of video games and movies I consume (shout out to Uncharted 4, one of my favorites.)

Brad Carson – Here There Be Monsters

Writing allows us that moment of breath in another body. I always wanted to be a swashbuckling pirate…or a cowboy (but that's another story, see Danse Macabre, 2012). And of course well, merfolk, from sirens singing to figureheads on ships, yes, oh yes. I was researching the slave trade, staring out the window and one of the trees in my back yard told me a tale of the sea. What else would trees talk about? I may have changed a few things. You are what you write…so maybe I'm a sea serpent.

My two loves in fiction are historical epics and supernatural thrillers, so it’s always fun to combine the two. The past is a different country, it’s been said, and the challenge is to make that world come alive to the modern reader. Similarly, the goal of supernatural fiction is to make the unearthly threat credible and disturbing; it’s a tough trick to make the two challenges work, and it’s one I enjoy rising to – especially when the period, such as the Golden Age of Piracy – is a favourite of mine. I hope this has worked with ‘Requiem for a New World’. I wanted to write of a meeting between an unwilling pirate and a Maroon, thrown together after a shipwreck; it was originally going to be a piratical version of Hell in the Pacific, but the story took a different direction when voodoo became involved. As for the sharks – Black-tip reef sharks are a species of requiem shark, which some scholars believe are named after the French word for shark – requin – but for me it was a chance to make them quite literally herald the requiem of the title, and fit with the darkness of the story. 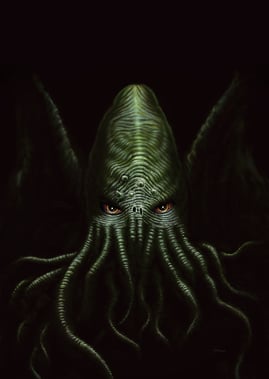 I actually came up with the central character first. Captain Jacobsen is the kind of man that you'd want as your leader: intelligent, brave and not afraid to get his hands dirty. It's clear from the start that he and Amanda trust each other completely. But he's also been a pirate for a long time, and as such his own survival has always come first. Can he overcome his own selfish greed? That's what the story sets out to test.

When I was younger, we took a lot of trips to Dover. I loved looking at the cliffs, trying to work out how all that weight held itself up there, asking my poor dad countless impossible geological questions. Then when you get older and start watching horror films and reading murder mysteries, you wonder if someone could live up there, who had died up there. Just all that, combined with a mildly unhealthy obsession with sea creatures!

I don’t know whether it’s some kind of genetic inheritance from my sailor father, who died while I was still a toddler, but I have always been fascinated by the sea, and particularly by the age of sail. With all our technological advantages today, the sea can still catch us out if we don’t treat it with respect. The daring of the men who challenged the sea in ships made of wood, at the mercy of wind and weather, finding their way by measuring the angle of the sun and the stars, deserves our admiration. And if the way to hear a tall tale in a dockyard tavern is to stand an ancient mariner a glass or two of rum, by my reckoning it’s cheap at the price.

John A. Karr – Curse of the Paisley Witch

The prompt from Flame Tree Publishing for its Pirates & Ghosts anthology was the sole inspiration for 'Curse of the Paisley Witch'. I thought perhaps it would be interesting to combine a pirate and a ghost tale, where the ghost was that of a witch. Witches can be frightening enough in the flesh... but how would one behave as a vengeful ghost? After searching for some background inspiration, I found the historical Paisley ‘witch’ executions in Scotland in 1697. From there the tale expanded as fiction sprinkled with history. Blackbeard is involved, due to the time period and aspirations of the witch. My recurring modern-day ghost Seer, Lars Kelsen, is again pressed into service.

This story, or to be more specific, the giant sailor-and-ship devouring flower in it, was inspired by Hans Giger's 1977 painting Hommage a Bocklin. I studied the island in Giger's painting and suddenly I saw in its stead a flower, floating on the water, its stem under the surface, hidden. And then I wondered... what about this ocean-flower? How does it stay alive? Perhaps it has a strange appetite...

When I started out, my main inspiration came from how many times I've watched the Pirates of the Caribbean movies, drawing from their examples of mixing the supernatural with a pirate setting. As I wrote, I found myself looking to my favourite book series The Belgariad by David Eddings, looking at the ways he built his characters and finding ways of making them feel more alive, and not just a name on a page.

Honestly? My inspiration came from the title of the anthology – I often write stories intentionally for specific markets, so I took 'Pirates and Ghosts' and ran with it. I have a particular fondness for airship stories, which is why I went that direction rather than nautical. And I like post-apocalyptic stories in which the apocalypse is ancient history and surrounded by mystery – Alastair Reynolds' wonderful Terminal World comes to mind.

I’ve been intensely interested in Japanese youkai since I was 13, but given the cultural context that surrounds those monsters, have found few opportunities to write about them for Western audiences. Ultimately, it was the students I work with that inspired 'Umibozu'. After telling them in brief about some of Japan’s more famous youkai, they began begging for more stories. Satisfying their curiosity required a lot of creative explanations, reinterpretations of existing folklore, and creating new ideas on the fly.

Jeremy A. TeGrotenhuis – The Game of Games

The Game of Games was inspired by the Tarot, by the Deck of Many Things from Dungeons and Dragons, by Pascal's Wager, and by the psychology of gambling. For those who don't know Pascal's Wager, it is a thought-experiment by which the philosopher Blaise Pascal argued that any rational person would believe in God by pointing out that the consequences of misplaced non-belief (if God is real) are infinite and terrible, while the consequences of misplaced belief (if God is not real) are comparatively minimal. I combined these elements to create a version of Pascal's Wager that resembled actual gambling, with a spooky ghost story mixed in for flavor.

The ghosts have been in my head for years. They turned up in a dream and brought me the same profound dread that the characters in the story experience, so this was a (very welcome) chance to make them leave my head and visit someone else’s! The setting is based on an actual place in Madagascar, where I really did find a cave-tomb in the mangroves; only we did the sensible thing and legged it.

A.R. Wise – Past the Shallows

I loved the idea of an aged pirate carrying a lifetime of regret and sin. It must've been nearly impossible to survive the life of a pirate, let alone make it to a venerable age. And if someone did, what demons would follow them into old age? That was my starting point for 'Past the Shallows'. The life of a pirate might appear exciting and alluring at first glance, but once you dig deeper, there're demons buried there.

Years back, while doing research for a novel based on the Golden Age of piracy, I came across one name that stood out: Edward Low. Everyone’s heard of Blackbeard and Anne Bonny, but this guy is a little more obscure. And, well… some of the things he’s reported to have done are truly heinous. That kind of evil leaves its mark. 'Echo the Damned' came from that, from the idea that some horrors cannot be escaped, even in death.

Pirates and Ghosts is available to pre-order on our website here. If you’d like to find out more about the authors above, watch out next week for Part 2 of this Q&A!