If you’re searching for reading and writing inspiration during these strange times, then look no further. Authors from our new anthology, A Dying Planet, took part in a Q&A which last week revealed some of the inspirations behind their stories in the book. In this second part of the Q&A you’ll now find some fantastic reading recommendations, as well as an insight into the writing process for any budding authors out there. A Dying Planet – out now in the UK and released this month in the US – contains an exciting mix of modern and classic fiction on a thought-provoking and relevant theme. 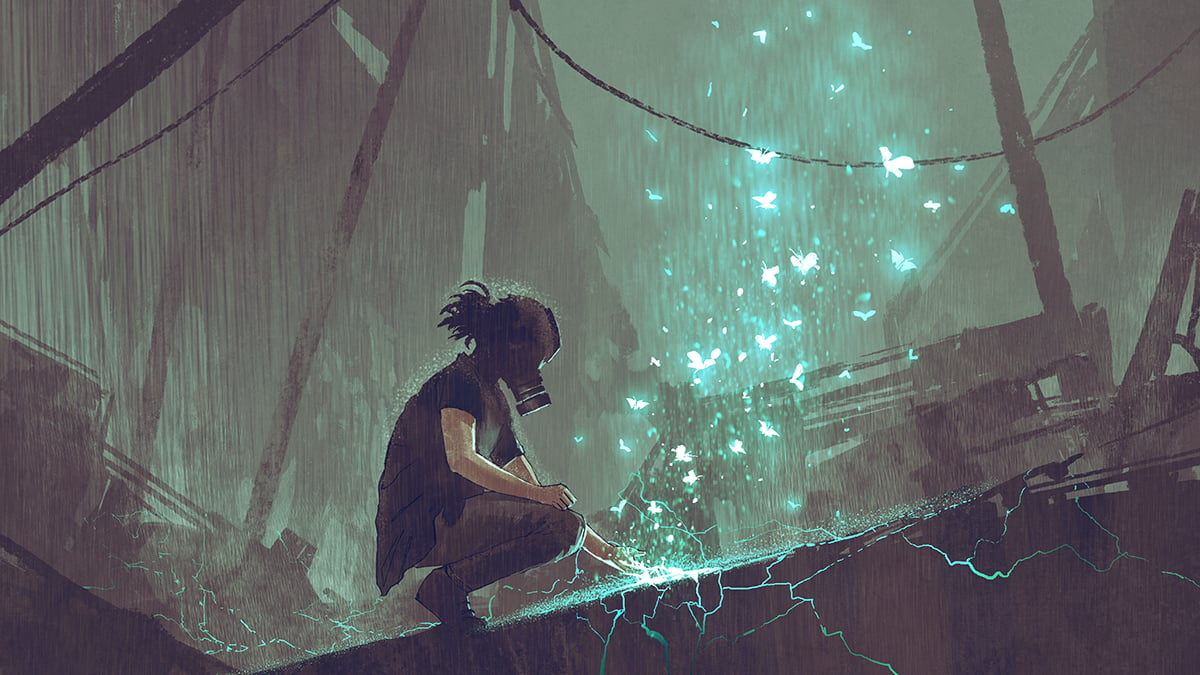 It’s hard to narrow down, I enjoy so many. There is, of course, Stephen King’s The Stand, Robert McCammon’s Swan Song, and Cormac McCarthy’s The Road. I’ll devour anything written by David Moody. I love movies like 10 Cloverfield Lane, Perfect Sense, and one I very recently discovered called Circle. Andree Wallin probably makes the best art no matter the subject, while lately I’ve been browsing Simon Stålenhag’s paintings. I’m always looking for more.

I love N.K. Jemisin's Broken Earth series. There's also a short story called ‘The City We Built in Life’ by Thomas Broderick that has really stuck with me and given me hope.

I love man-made disaster stories such as Fritz Leiber’s ‘A Pail of Air’ where Earth is pulled out of orbit by a dark star. As a result, air has become frozen and must be thawed out to be used. Then there are all the nuclear-war novels and movies such as Fail-Safe, On the Beach, and Planet of the Apes. Are you interested in the perils of overpopulation? Try Harry Harrison’s novel Make Room! Make Room!, which was made into the movie Soylent Green, starring Charleton Heston. Sometimes humanity endangers their existence in other ways, such as in bug movies like Them! where atomic bombs produce giant ants. I also love movies like The Andromeda Strain. It seems I’ve read and seen a lot of stories where scientists take one too many chances.

I have a weakness for end-of-the-world films and books such as The Day After Tomorrow, The Road and the book on which it’s based by Cormac McCarthy. Ration by Cody T Luff, and of course my favourite Stephen King novel, The Stand. I would like to add that YA dystopia is fantastic, I’ve just read Dry by Neal Shusterman which is quite a timely book considering recent issues in Australia. I have a weakness for the bleak.

I love how tales of a dying (or broken) world come in so many forms. Some of my favourites are: Two Dark Moons (Avi Silver); Recursion (Blake Crouch); The Broken Earth trilogy (N.K. Jemisin); Gods, Monsters and the Lucky Peach (Kelly Robson); The Gutter Prayer (Gareth Hanrahan).

There are precious few horror/SF hybrids that really hit the sweet spot for me, but Alien and Aliens will always be near the top of any list, and Event Horizon is a contender for the top spot. But there’s also a lot of genuine horror to be found in films like Interstellar, which scared me in ways a lot of pure horror movies don’t. I’m a huge fan of eco-horror and ‘when animals attack’ movies too, so I suspect there are strands of DNA from Long Weekend, Phase IV, The Last Winter, etc. running throughout my work. I can’t call it a ‘favourite’ of anything because it’s nonfiction, but if you want a frank, and frankly terrifying, exploration of the near future, The Uninhabitable Earth by David Wallace-Wells is the book to read. And for fiction-not-fiction, The Collapse of Western Civilization: A View from the Future by Naomi Oreskes and Erik Conway is also a powerful book.

While The Body Snatchers wasn't my favourite story/movie, the idea of humans being grown in plant pods, seems close. Another book/movie was Day of the Triffids, which has aggressive intelligent plants. Semiosis is a complex and interesting book about a human colony in a far-off planet whose original inhabitants are intelligent and sentient plants. One of my favourite books, and one I remember quite well, even though I had read it decades ago, is Hothouse. The book is set in the far future, when Earth faces the sun on one side continuously, the moon is further away and has a breathable atmosphere, and the Earth has far more flora than fauna.

Oddly enough, I thought about The Walking Dead when I was working on my story in this book. I haven’t kept up with the franchise for several years, but I always liked how the different groups the characters ran into were good or bad in different ways, but always with the goal of surviving. In general, I also like epistolary forms and structural conceits. I find giving myself rules, like telling a story only in letters, to be generative and helpful when writing.

The Road by Cormac McCarthy is a chilling depiction of what life might look like on a dying planet. Niven and Pournelle's novel, Lucifer's Hammer, is also wonderful, an in-depth look at what a post-apocalypse society might look like.

I tend to favour the ‘almost destroyed but the day is saved’ slice of this pie, but the movie where the worldactually ends that I love the best is the animated movie Titan A.E. We see the Earth blown up in the first five minutes of the movie, and also see how a ragtag team manages to find a new Earth for the remains of humanity while destroying the beings who caused Earth’s destruction in the first place.

As for end-of-the-world stories, my favourite has to be Richard Matheson's I Am Legend. The depiction of the end of the world is so intimate and haunting.

John Carpenter's Apocalypse trilogy – Prince of Darkness, In the Mouth of Madness and The Thing – are a great influence and among some of my favourite horror movies. Each one leaves you with the deeply unsettling notion that we may not realise how much life as we know it has decayed around us until it's too late.

First of all, Dune by Frank Herbert, probably the best and most detailed environmental Science Fiction novel of all times. I also like Paolo Bacigalupi’s The Windup Girl set in an environmentally devastated Thailand and The Waste Tide by Chen Qiufan, addressing the issue of e-waste dumping in China and its long term consequences. The best movie I can think of about this genre is Wall-E, by far the best representation of environmental problems on screen.

Anything written by Jeff VanderMeer; his writing opened the door for me into a kind of Gothic environmentalism that really helped refine my writing style. I admire Naomi Booth as well, and Megan Hunter and Rita Indiana for their way of turning Gothic and Surreal scenarios into fables for the environmental crisis.

I find the faster I write the better; take too long and my passion for the original idea is in danger of waning, which will always show. This applies to both short stories and novels. Once that first, manic draft is done I can take a little longer on editing, and usually do about four or five drafts on both short stories and novels before I’m happy to release them upon innocent readers.

I don’t have a structured writing process. I try to write something new every week, but I don’t set word count goals. I tend to write a lot in fewer sessions (e.g., 7,000 words in one day a week) rather than a little over more sessions. Generally, I write best when I let it come naturally. And I always encourage new writers to test approaches and then pick the one that works best for them (there is no one-size-fits-all). 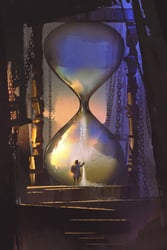 Sometimes a story just bites me in the leg and won’t let go till I finish it. Other times I know the idea first. Often, I know the beginning and the end. I usually go back and edit small bits as I go, but if the story writes itself, I let it have its way and worry about corrections later. My favourite writing is when I dictate into my phone when I’m hiking. Of course, I have to check that dictation hasn’t turned my words to gibberish and that slows the stream of thought a bit.

I’m a student, so most of my writing is squeezed in around coursework and my part-time jobs. Writing is quite relaxing for me, so I write in the evenings or between classes and just keep going until I run out of time. I almost always write with music, so I can get lost in my work and forget where I am. Then I just stay dedicated to my projects and worry about editing at the end!

I tend to let a story idea sit in my head for a little while and will often outline in a sketchbook, where I can write out snippets and try to sketch characters. After that I write a relatively quick first draft (usually really awful) in a week or two, and then I'll revise over and over, sometimes through ten or more drafts, until I feel like a story is finished enough to go out.

I have a firm rule when it comes to writing short fiction: I must know how the story ends before I sit down and begin typing. Every scene must somehow drive the story toward that conclusion, even if it's via a winding path. Everything else – be it writing software, location, or a favourite tea to sip while killing off characters – is negotiable.

I almost always write on a commuter train. I once saw another passenger scribbling like mad inside her notebook and immediately became jealous that she was having way more fun inside her own head than I was. I gave it a try and discovered it provided a strange sort of Zen-like exhaustion. There is though nothing worse than arriving at one’s stop with an idea that has only made it halfway onto the page. 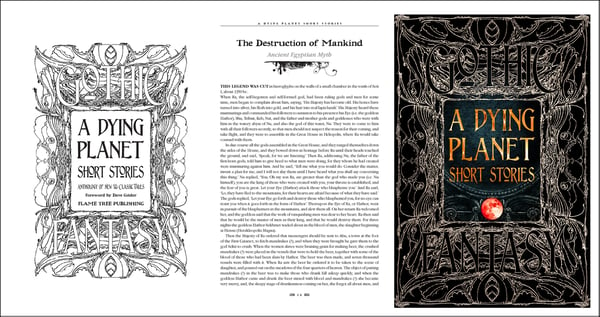 A Dying Planet, featuring all these authors and more, is available through our website here!