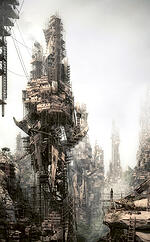 The Future is A Big Bother

One of the primary functions of the dystopian genre is its ability to portray society's flaws. This may be through the possible technological advancements or the future or via an allegorical tale told in an alternate reality alongside our own, perhaps even in the past.

One of the classic dystopian novels is Nineteen Eighty-Four. The novel was published in 1949, so though it was set in the future, the concepts that Orwell wrote about were not necessarily ahead of the time. Concepts like Newspeak, thoughtcrimes and Room 101 may be dressed in sci-fi trappings, but were not wholly implausible for the time. The eponymous year has now become synonymous with a certain type of alternate society. Nineteen Eighty-Four isn't so much a version of the future which fiction readers may dread, but rather an alternate context in which the balance of power may shift, should complacent citizens let their freedom of speech be suppressed.

Where Orwell's story centres around an evil governmental system (the now famous 'Big Brother'), Aldous Huxley's novel 'Brave New World' went in a slightly different direction. Published 17 years earlier, the novel is more traditionally ‘sci-fi’ – human hatcheries and genetic engineering – but was still interested in ideas of mass brainwashing. What's different, however, is the approach to this theme, because where Orwell's Big Brother actively suppressed thought, Huxley's was a world in which society has degraded itself (via some careful puppeteering) to such a point that free-thought is never achieved. The world's inhabitants are so focussed on recreational activity that the levels of uniqueness in one another are pared down until almost everyone is the same.  Huxley’s world could be regarded as something of a benign dystopia.

Before Orwell and Huxley, other authors were also offering these kinds of monolithic dystopian manifestos. H.G. Wells gave us When The Sleeper Wakes (1899) with his then-contemporary hero waking from a coma in 2100 to find that a corrupt government has invested his money in creating a totalitarian state. Jack London’s Iron Heel (1908) is a decades-spanning future history of an oligarchy formed from evil businessmen getting a stranglehold on America, an early forerunner of the kind of corporate dystopias seen in John Brunner’s The Sheep Look Up (1972) and films like RoboCop.

In We (1924), Yevgeny Zamyatin gives us the One State, a city nation constructed almost entirely of glass (so the authorities can keep an eye on you), where servile inhabitants with numbers instead of names march in unison. George Lucas’s THX 1138 could almost be the film adaptation.

Ray Bradbury’s Fahrenheit 451 (also featured in our Dystopian Futures blog here), with its world where a fireman’s job is to burn books, was one of the last examples from the Golden Age of science fiction. More recently that kind of dystopian world-building for its own sake has been a dying art. Instead, authors have tended towards exploring specific themes – genetics, cyberspace, slaughtering teenagers in the name of entertainment – set against dystopian backdrops.

The above handful of novels are just a glimpse at the ability authors have to look ahead at how the problems of society may manifest themselves. Whilst operating as forms of entertainment, these novels also provoke serious questions about the individual's role in society and culture, and it is certainly due to novels such as these that we remain a forward-thinking and democratic culture.

For even more information about dystopias alongside awesome artwork, check out our book from the Gothic Dreams series, Dystopia (ISBN 9781783613212). The book is available from our website here, and is also out in ebook form via the iTunes store. If you'd prefer, you can also buy it from Amazon by clicking here.