For our final 'Founders of Black SF' post Patty Nicole Johnson will be discussing writer W.E.B. Du Bois' immense impact on the relevancy of socialism and the political significance of his science-fiction short story, The Comet, which continues to resonate with readers in today's climate. We hope you've enjoyed reading these entries throughout the past few weeks in the lead-up to the release of Black Sci-fi which is out now!

Socialism is having its moment in the sun. U.S. Senator Bernie Sanders is a long-time endorser of the political ideology and the sweeping popularity of his 2016 and 2020 presidential campaigns suggest that the concept of a right to health care, higher education, housing and more have resonated with the masses. Yet if you believe the public discourse regarding the base of support of the socialism movement, you’ll think it’s all young and white. Not true. Black Americans have long found solace in the aspirational equality presented by this political position.

According to Morning Consult, 33% of Black Democratic voters believe the U.S. should move away from capitalism and adopt socialism. This shouldn’t be a surprise when Black activists and philosophers, such as Cornel West and Angela Davis, have publicly supported socialism for decades.

The sociologist, writer and co-founder of the NAACP had an immense impact on the relevancy of socialism. Du Bois carefully studied political uprisings across the world, from the nationalist Jawaharlal Nehru’s ‘Indian Socialism’ to the 1949 Chinese Revolution. Since Black figures have largely been whitewashed from the educational discourse, W.E.B Du Bois is somewhat of a rarity. Many who’ve come up through the U.S. educational system are familiar with him as essayist, NAACP co-founder and political revolutionary. Let’s examine how his science-fiction short story, The Comet, stands up in the political climate of today and question what this fictional tale tells us about what’s possible in the U.S.

The Comet first graced readers' eyes as the 10th chapter of DuBois’s Darkwater: Voices from within the Veil. Along with a collection of essays, poems and spirituals, Darkwater offered a meditation on what’s possible when social structures cease yielding benefit and the difference between death and survival is only possible through a redefinition of the human experience that prioritizes equality above all else.

The short story opens in New York on the steps of a bank where a man named Jim feels invisible in the sprawling city. As a Black man in the 1920s, he’s only noticed in a way that disparages his humanity. Jim works at the bank as a messenger. On this day, while his affable colleagues comment on a comet that’s due to make landfall at noon, the president of the bank orders Jim down to the vault to recover a couple volumes of old records.

While searching the vault, he finds an old compartment behind a door where the missing volumes are located. Jim becomes locked in by the old and failing vault system. After hours of being trapped inside, he’s able to escape the room and is welcomed by a foul odor and the corpse of the vault clerk. Upon entering the main floor, Jim sees what looks like robbery and murder. Knowing he would instantly be charged if found amidst the chaos, he tiptoes outdoors onto Wall Street.

Instead of the bustling nature of city life, there is only silence. He finds the bodies of a large number of men, women and children throughout the street. Finding a vehicle, he continues on his search, only stopping miles away when he hears screams and sees a woman trying to attract his attention. When approaching each other they stare, realizing they hadn’t registered each other’s race before now. She’s richly dressed, and he’s in the garb of a working man, which further sets their division. Yet the two take off to search for more survivors.

With slight protest, the woman agrees to go to Harlem to allow Jim to search for his family. However, he returns to the woman with confirmation that his loved ones have perished. They leave a sullen Harlem and its ‘brown, still faces’ to return to Fifth Avenue. There they find a note from her father which tells of a 100-mile voyage in a friend’s vehicle.

Later, the woman becomes frantic and makes a mad dash away but returns to Jim shortly after. Back at the bank, they leave a note for the woman’s father and go to the roof with rugs and blankets. The two talk about their different statuses and yet how they’re both children of the Lord. It’s almost as if they’re convincing each other of their species' compatibility. They salute to the dead world and move toward each other until they hear a car’s horn.

It’s the woman’s father and her apparent beau. They proclaim that only New York City is impacted yet recoil when they see with whom the woman has taken shelter. Insults are hurled at Jim before the woman comes to his defence. She thanks him, while refusing to meet his gaze again. Some men still want to lynch Jim for being present in the situation at all. Amidst all this, Jim is despondent once again – alone with his thoughts. The story ends with a Black woman, clutching the body of a baby, calling out to Jim before they embrace.

The themes of social standing and equality are strong in this story. Even with the world vacated of all life, both Jim and the woman must convince themselves that their attraction to each other is warranted. And they only find solace in their equality with the introduction of religion.

What else about W.E.B. Du Bois' teaching tells us about sociology and socialism then and now? Religiosity is still popular among the U.S. masses, and groups continue to interpret their sacred texts in ways that defend their actions. Sometimes this is to positive ends, as with the acceptance of homosexuality and gay marriage. Yet it has a dark side. The Christian faith touts equality and fairness, yet class and race – in the 20th century – held much more standing in society for the devout. Jim understood his place in society and his rightful egalitarian place in truth before, during and after the events of the story. It was more so the woman who was to embark on a journey, where she would discover whether she was willing to accept the new dynamic brought upon them by the upending of social constraints.

The woman’s wholesale acceptance of the repressive society presented a class conundrum when she believed it was just her and Jim left in the world. She did not suddenly believe in his humanity because of some higher calling. She made logical calculations for her own survival. When she allowed her prejudice to fall by the wayside in order to give in to her desire for human connection, she gained a moral authority. Yet it’s not known if she knew this or even cared. Jim, too, struggled even though he always believed in his own humanity. He had to allow himself to accept and even reciprocate the woman’s affection, even though she came from the same camp as his oppressors.

The ‘soft sciences’, such as the sociological themes of Du Bois’ story, have long been disregarded as part of the pantheon of science fiction. One might ask the question: if Du Bois’ story didn’t have a comet but instead described another non-sci-fi disaster, would it be included in the genre at all?

What can today’s science-fiction works tell us about human interaction and acceptance? In An Unkindness of Ghosts, Rivers Solomon questions how a class structure might be upheld in the confines of a generational spaceship. Ultimately, it’s only with the promise of escape that those shackles might be broken. Is it possible to upend the social order without a change in geography or circumstances? Or will it always take an act against insurmountable odds to create lasting change? The continuance of reading, questioning and conversing is perhaps the only way to find out. 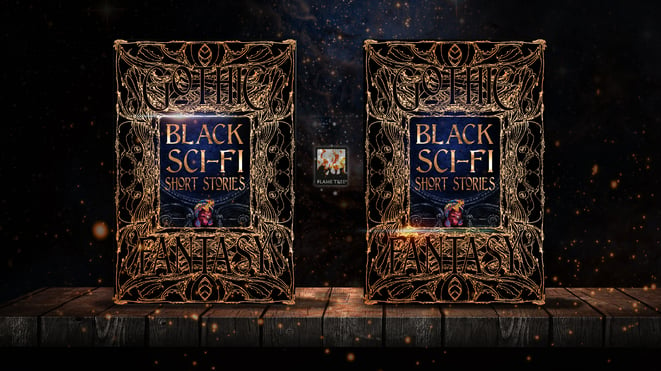